Episode 51: Who Is a Sherlockian? 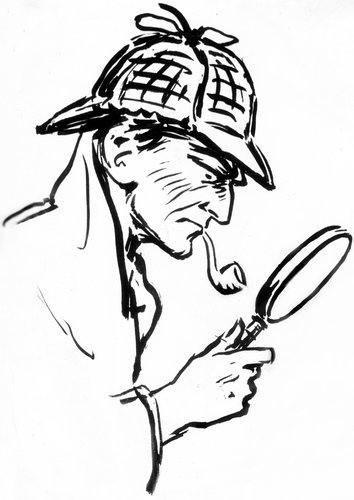 We thought we'd stir up the discussions a bit and try to get to the bottom of a couple of controversies that have been roiling the world of Sherlock Holmes enthusiasts (we're careful to say neither "fans" nor "devotees" at this juncture).

The first item of interest that grabbed our attention in early 2013 was the so-called "Free Sherlock" movement. Summed up, this is basically an issue that is being brought to court via a case titled Klinger vs. Conan Doyle Estate, in which Leslie Klinger, BSI ("The Abbey Grange") is contesting the Conan Doyle Estate's claim that any new content that contains Sherlock Holmes must pay a royalty or license fee to the Estate. Burt and Scott parse through some of the non-technical/legal aspects of the case and discuss what's at stake.

Speaking of being at stake, the other item on the docket is the debate as to what in fact constitutes a Sherlockian of good standing? That is, can one have arrived at the doorstep of 221B Baker Street via the BBC series (or Granada, or Universal, etc.) or must one have been schooled only in the printed literature and dress the part of a 1940s joiner? It's quite a debate - one that was taken up vehemently by The Baker Street Babes earlier this year, after the "Elite Devotee Redux" was published in recently resurrected  Saturday Review of Literature. We offer our own humble observations on the matter.

For those who wish to subscribe to the publication and read all of the very interesting articles therein, you may procure a copy by sending $5 postpaid to Donald K. Pollock, 521 College Avenue, Niagara Falls, NY 14305. An image of the cover and inside cover can be seen below.


The Editor's Gas-Lamp: We purposefully revisited the same Gas-Lamp (Vol. 3, No. 2, OS) that we shared on Episode 15, because Edgar Smith's "Who is a Baker Street Irregular?" seemed to strike the same chord some 65 years later. 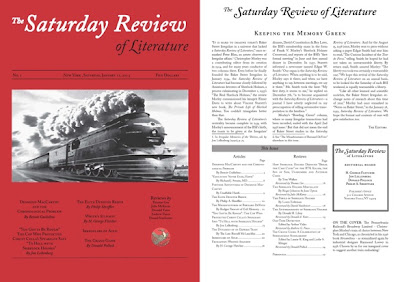 And above all, please let our sponsors know that you heard us mumble their hallowed names on the show: Wessex Press and The Baker Street Journal.