Tonga Was One of the Most Isolated People in the World 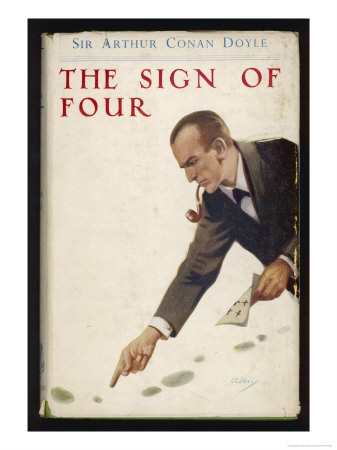 When we recently came across an entry from Now I Know, a free daily newsletter that promises "you'll learn something new every day," (click through to subscribe) it was almost as if it had been written for us. So we did what was only natural: we reached out to the editor and asked if we might share the original post here. He gracefully agreed.

But before we delve into the details behind this rather interesting bit of trivia, let's explore the Canonical mention (CAUTION: there may be spoilers ahead if you haven't yet read The Sign of Four).

The mystery begins with Holmes and Watson being visited by Mary Morstan, whose father served in the army in India at Fort Agra. Major Morstan disappeared 10 years prior, leaving behind his luggage and some curiosities from the Andaman Islands. Since that time, Ms. Mortan received pearls annually and has been invited to discover the origin of the same by Thaddeus Sholto, son of Maj. John Sholto, who served with Morstan.

Upon arrival at Pondicherry Lodge, the group learned that Bartholomew Sholto is dead, having himself been hit with a poisoned thorn. All that remained were child-like footprints and a stick with a stone head tied to it like a hammer.

Holmes pieced the elements together: small footprints, strange weapons, individuals who have been in India for some time. He concluded that the perpetrator must have come from the Andaman Islands:


This is the first volume of a gazetteer which is now being published. It may be looked upon as the very latest authority. What have we here? `Andaman Islands, situated 340 miles to the north of Sumatra, in the Bay of Bengal.' Hum! hum! What's all this? Moist climate, coral reefs, sharks, Port Blair, convict barracks, Rutland Island, cottonwoods - Ah, here we are! `The aborigines of the Andaman Islands may perhaps claim the distinction of being the smallest race upon this earth, though some anthropologists prefer the Bushmen of Africa, the Digger Indians of America, and the Terra del Fuegians. The average height is rather below four feet, although many full-grown adults may be found who are very much smaller than this. They are a fierce, morose, and intractable people, though capable of forming most devoted friendships when their confidence has once been gained.' Mark that, Watson. Now, then, listen to this. `They are naturally hideous, having large, misshapen heads, small, fierce eyes, and distorted features. Their feet and hands, however, are remarkably small. So intractable and fierce are they that all the efforts of the British officials have failed to win them over in any degree. They have always been a terror to shipwrecked crews, braining the survivors with their stone-headed clubs, or shooting them with their poisoned arrows. These massacres are invariably concluded by a cannibal feast.' Nice, amiable people, Watson! If this fellow had been left to his own unaided devices this affair might have taken an even more ghastly turn. I fancy that, even as it is, Jonathan Small would give a good deal not to have employed him. 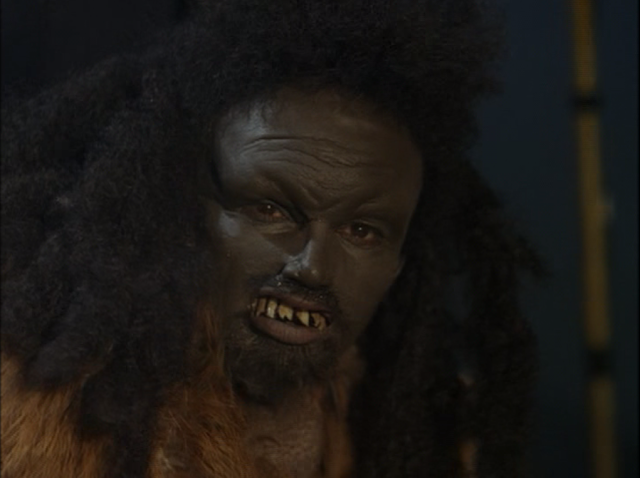 There we have the setup. Now without further ado, here's "The Most Isolated People in the World" from Now I Know: 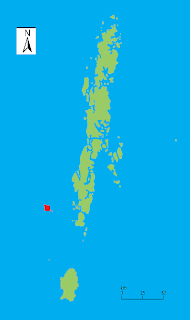 The part of the Indian Ocean encapsulated by the eastern shore of India and the shores of Bangladesh and Myanmar (Burma) is called the Bay of Bengal (map). The eastern edge of the Bay of Bengal is defined as a set of islands called the Andaman Islands, an archipelago, most of which are under control of India. North Sentinel Island, a small dot of land, is part of the Andaman Islands. North Sentinel Island is set just west of the larger islands in the group, as seen as the red area in the map at the top. (For further context, the island is flagged on the map here – be sure to zoom in.)

Between 50 and 400 people are estimated to live on North Sentinel Island. These people, known as the Sentinelese, are perhaps the most isolated people in the world and are believed to be pre-Neolithic — literally, technologically in the Stone Age. By and large, the Sentinelese have gone uncontacted by outsiders for centuries if not millennia — in part because the Sentinelese do not take kindly to visitors.

In 1967, Indian authorities began their first meaningful attempt to engage the Sentinelese by leaving coconuts as gifts on the island’s shores. While some progress was made over the course of a few decades, the quality and quantity of contact was minimal at best. Seven years later, anthropologist Trilokinath Pandit and a film crew attempted to woo the Sentinelese into friendly contact with gifts, such as fruit, a pig, some toys, and pots and pans. The result was not positive: a film director was shot in the thigh with an arrow. In the 1990s, India cut off its permission for these anthropological endeavors, citing risks seen in contacting other uncontacted tribes as well as the fear of introducing diseases from mainland India to the Sentinelese people, whose physiologies almost certainly would be ill prepared to recover from.

More recent events strongly buttresses that this decision to cut off hopes of contact is just fine with the Sentinelese. In 2006, a pair of fishermen were plying their trade, illegally, off North Sentinel Island’s shore. Sentinelese archers killed the fishermen. When a helicopter came to recover the bodies, the helicopter too was met with a hail of arrows, and retreated before fulfilling its mission.

What do we know about the Sentinelese? Understandably, very little. They live in huts and are hunter-gatherers, employing the use of javelins, bows and arrows, and harpoons. They speak a language unique to them (also called, by outsiders, “Sentinelese”) which we have no way of translating. The Sentinelese appear to use pig skulls as ornaments of some sort, and have employed the use of red dye in both clothing and what is best guessed to be decoration.

And that, unfortunately, is all we may ever learn. As India has given up almost all hope of making further contact with the Sentinelese, these people are considered autonomous and, in a very real sense, the most isolated people on the planet. It seems like a matter of time before they and their culture die off, becoming a historical footnote. On the other hand, the Sentinelese are resilient — some estimate that they have lived on North Sentinel Island for 60,000 years, and in any event, the Sentinelese somehow survived the Indian Ocean tsunami of 2004 (which probably hit the island).


Could Tonga have been part of the Sentinelese people? Given his rather irascible personality, it doesn't sound like a stretch. The blowpipe would seem to equate with the archers and the hammer-like weapon is clearly Neolithic in nature.

And when one considers that he was "a fine boatman" according to Johnathan Small, it's not unlikely that he left Sentinel Island and made his way to some of the other Andaman Islands where he took ill. It was there that Small nursed him back to health and was able to attain a degree of loyalty from the islander, whom Small said was "as venomous as a young snake."

While we may never know with certainty which of the Andaman Islands Tonga called home, our preference is for Sentinel Island, home of the most isolated people in the world.