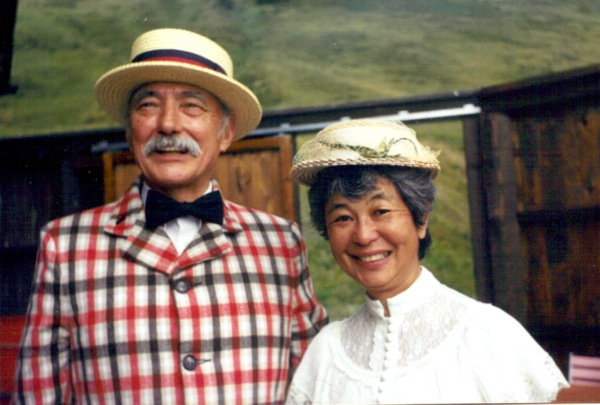 Theodore G. Schulz, BSI ("The Amateur Mendicant Society") passed beyond the Reichenbach on January 24, 2013. Knowing Ted was to appreciate a true champion and an active practitioner of the art of Sherlockiana and its environs.

Ted was the genuine template for the formation of the optimal Baker Street Irregular, Sherlockian, Holmesian, Praedian, etc. while imparting his caring and enthusiastic personality to all his associates and acquaintances in many societies.

Ted had the opportunity to give us his own story before he left us: it's a rich mix of text and videos and can be found at TedSchulz.com, which has been recently updated by Barry Brilliant (who himself penned a letter to Ted that summed up their friendship).

Other adventures with Ted can be viewed via a number of YouTube videos that he made, such as the one below. Yet, in knowing him these past 44 years, I believe he would also like you to know some unique facts.


Ted was born at Mt. Zion Hospital in San Francisco in 1923, the same night that Sir Arthur Conan Doyle was presenting a lecture on spiritualism and photography at Dreamland Auditorium just a few blocks away from the hospital. Could Doyle’s ethereal spirits have migrated to Ted upon his birth with resultant influence?

Ted’s only son was named William Sherlock Schulz, a fitting testament to his devotion to his avocation and his wife Mary’s love of him and acceptance of his enthusiasm for the world of Sherlock Holmes and Conan Doyle.

The many honors bestowed upon Ted, including his Two Shilling Award and his 50 year BSI Membership Recognition only validate the conclusion of the many people who were privileged to meet him that “Ted is the nicest man I have ever met!” Ted received his investiture "The Amateur Mendicant Society" in the BSI in 1961.

If you'd like to watch the memorial that Ted's local Sherlockian group held, it can be viewed by clicking here.