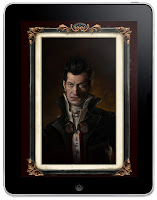 Your help is needed.

There is a Kickstarter project called Steampunk Holmes that has but three days left of fundraising and is just beyond the 50% mark. We have more information on how you can help below.

If you're not familiar with Kickstarter, it's a platform by which people with ideas can seek small amounts of funding from their communities, thus kickstarting their projects. But projects don't get funded unless the goals of the campaigns are met. And if you're not familiar with Steampunk, it's a genre that incorporates elements of science fiction, fantasy, alternate history, horror, and speculative fiction, usually in a Victorian or Old West setting.

In this case, we have a passionate group of individuals, namely author P.C. Martin and the Noble Beast team led by Richard Monson-Haefel who are proposing to write a series of seven books across a variety of media - the Web, e-readers (Kindle, Nook, iBooks, etc.), audio players, tablets (Galaxy Tab, iPad, etc.), and print. The first in the series will be Steampunk Holmes: The Legacy of the Nautilus.

The plot sounds quite exicting:

The series starts in the year 1885, when Sherlock Holmes and Doctor Watson are called in by Sherlock’s sister, Mycroft Holmes, to help find the stolen plans of a very advanced submarine, the Nautilus, recovered from the watery grave of the most notorious terrorist of the British Empire, Captain Nemo. Who stole the plans and what will they do with them? This is a job for the world's greatest Amateur Detective and his trusty bionic sidekick.

When one thinks about it, it makes perfect sense: A Jules Verne-inspired creation meeting a plot similar to "The Bruce-Partington Plans." The fascinating part will be how this all rolls out across a variety of platforms. According to the creators, multi-channel publishing will give readers a choice in how they consume content.

A complete edition of every book in the series will be published on each of the following platforms:

- A yearly subscription gives you access to the fist interactive novella as well as the seven planned sequels.

- Initially developed for the iPad, we plan to eventually create interactive editions for Android and other Tablets.

- for those folks who just want to read the text on their Kindle, Sony, or other eReader we'll have an edition for them too.

- for those readers who love to listen to audiobooks while driving or cleaning the house, we have a dramatized audiobook that is about two shakes from being completed.

- We love to curl up with a paper book as much as the next person and so we'll have an illustrated printed edition as well.

And here's a preview for what you can expect from them (email and RSS readers, please click through to view the video):


If you'd like to get more information, their site Steampunk Holmes and their Twitter account @SteamHolmes, are two valuable resources, as well as the Kickstarter page that describes the project in great detail.

But for an even more valuable resource, we thought we should go straight to the Steampunk Holmes team, as represented by Richard Monson-Haefel, who was kind enough to answer these interview questions.

1. Why Steampunk Holmes?
Back in 2009 after seeing Sherlock Holmes movie by Guy Ritchie (3 times) my interest in Sherlock Holmes was re-ignighted and I started reading his adventures again. I found that in my older years I could really appreciate the complexity of the stories and Arthur Conan Doyle's style much better than I did as a kid. I just fell in love with the stories all over again. It was about that time I also re-read The Difference Engine by William Gibson and Bruce Sterling which is, in my opinion, the first modern steampunk novel. I had read it years before "steampunk" became a genre and it remains one of my favorite books. After reading that it seemed natural to combine two loves: Sherlock Holmes and Steampunk into one series of adventures, so that's what I did.

2. The Steampunk movement has been around since the early 1990s and traditionally incorporates the Victorian era. Why has no one ever tried adapting Sherlock Holmes to Steampunk before?
I'm not sure. It seems obvious enough once you've thought of it but it just never - to my knowledge - was done before. We have all these mashups right now like Sherlock Holmes vs Jack the Ripper (there must be a dozen of those) and even stranger, cooler things like Abraham Lincoln: Vampire Hunter (which is excellent by the way) but no one seemed to spot the obvious mashup of Sherlock Holmes and Steampunk until we came out with it. 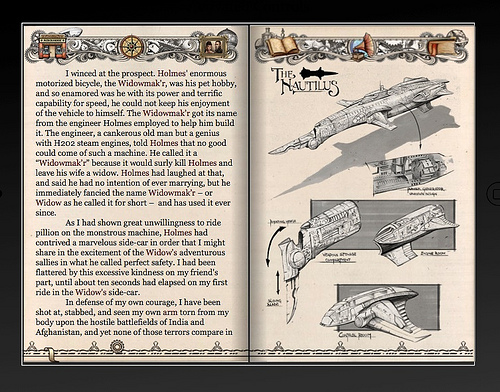 3. What are some of the challenges in working with Holmes in Steampunk? The advantages?
The biggest challenge with Holmes and Steampunk is preserving the essence of the characters (Holmes, Watson, Mycroft, and Lestrade) while putting them in a completely different universe. P.C. Martin (the author) and I struggled and argued and discussed everything about Holmes and the other characters and how to make them steampunk without loosing the essence of who they are. It was very challenging but in the end I think we did a pretty good job. P.C. Martin also worked very, very hard to get the narrative style to match Arthur Conan Doyle and at this I think she succeeded. It reads to me just like one of his stories only with steampunk devices. The biggest advantage was the fact that we love Sherlock Holmes, which makes a project like this a total joy to work on. But we are not the only ones: the rest of the world loves this Consulting Detective as well. I found out that Sherlock Holmes is the most recognized fictional character in history. In history! That makes title recognition really easy. People know what to expect when they see the name "Sherlock Holmes". Adding the Steampunk part was easy because its just so fun to do a mashup and steampunk is so very cool. It puts a cool twist on a beloved character. 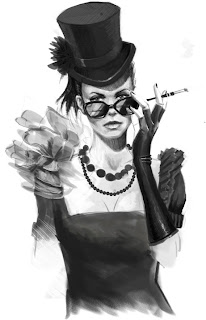 4. Your Mycroft is female. Why the choice to change Mycroft's gender? Is she still part of the British government?
I really enjoy a story with a strong female character. I'm a huge Buffy fan, and don't get me started on Ripley of Alien. When I set out to create this series I had to have a strong female character. I thought about Holmes or Watson, but that sounded too obvious. I also thought about Moriarty, but then I remembered Holmes' brother Mycroft and how much respect Holmes has for him. He stated in the original story that Mycroft is as capable, if not more capable, than Holmes himself. There it was: Mycroft was to be my strong female character. Mycroft is, in every way, Holmes equal and that will be important because Sherlock and Watson can't handle what's coming down the road by themselves. When you look at how Mycroft is depicted, there is really nothing about the original character that requires a fixed gender except Victorian gender trappings. With steampunk you keep what you like about Victorian England and toss out the rest. We tossed out a strong gender bias. Mycroft is still a part of the government, and in fact its her role as head of the British Secret Service that brings her and Holmes together on this case in the first place and will make her a pivotal character through out the seven book series.

5. Will Holmes's traditional arch-enemy Professor Moriarty be making an appearance in the series?
I have to be careful here so that I don't reveal too much. A Sherlock Holmes series without Moriarty is kind of unthinkable and we are not about to make that mistake. Moriarty is in the series. I'll leave it at that.

6. How has the feedback been from Sherlockians so far?
You know I was a little concerned about other Sherlockians taking offense to this project, but I've been really happy to see that they are very supportive. I have not yet heard a single negative statement about what we are doing from a Sherlock Holmes fan. In fact, the feedback has been very positive and supportive. I suppose there will be a few folks who don't like it and we respect that, but I think the movies and the T.V. series has smoothed the way and so Sherlockians seem not only to accept what we are doing but support it. 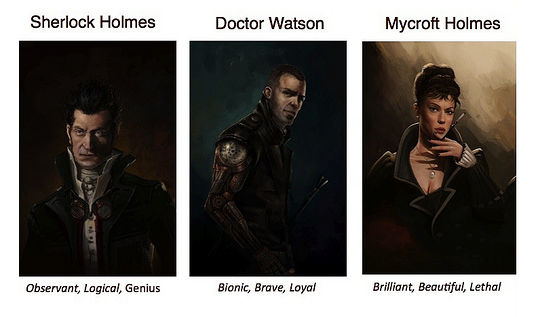 8. If the project isn't funded, will you be able to resubmit it for consideration?
I think we can get it funded if everyone who loves this idea can pitch in. What I've found out is that most Sherlockians and Steampunks love this idea. Our concept has been validated and so if we happen to miss the mark we'll definitely keep going. We started this about a year ago as a self funded project and nothing, not even a lack of funding, is going to stop us. 9. What can our readers to do help, in addition to pledging to support the project?

At this point pledging money is the most important thing people can do. If you like this idea then please help us get it funded. Just go to Kickstarter and pledge what you can. That said, we can always use more tweets and Facebook "Likes" from fans. It's this kind of grass roots support that will make or break the project in the long run. If people don't know about it they can't judge the product and discover how great it is. We've put quality ahead of everything, even marketing, so people who find out about it generally love it. The problem is making people aware of the project in the first place.
--


So there you have it, friends. Steampunk Holmes needs your help. Please share this post via Facebook, Twitter, email or any other method. And more importantly, pledge your support. Even a modest amount helps, and there are benefits for getting involved at a number of levels (see the Kickstarter page for that). Wouldn't it be cool if one of the rewards were something like the Widowmakr?