"to Sherlock Holmes, she is always the woman" [SCAN] 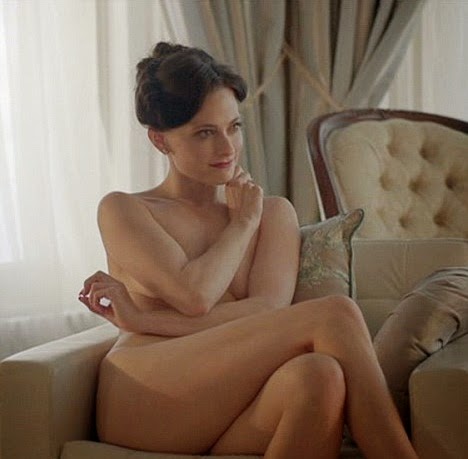 To Burt and Scott she will always be the guest. While you may have heard her mentioned by the name of Irene Adler, she is actually Lara Pulver and she is our interview subject for this very special episode of I Hear of Sherlock Everywhere.

Sherlock: Series Two originally aired on BBC One in January and now we're poised for it to air on PBS's Masterpiece Mystery in the United States. One of the most intriguing characters of this new series is none other than the adventuress Irene Adler, the antagonist in the first episode "A Scandal in Belgravia."

So in our 41st episode, titled "The Woman," we're joined by the woman who played the woman in "A Scandal in Belgravia," Lara Pulver. An actress, singer, and dancer, Lara has the enviable distinction of playing Irene Adler as perceived in the 21st century. She joined us from Chichester after a theatre performance and chatted with us on her experience with Mark Gatiss, Steven Moffat, Benedict Cumberbatch and Martin Freeman on the set of the BBC "Sherlock," and what it was like to inhabit the character of the only woman who beat Sherlock Holmes.

We close the show with an appropriately titled and themed Editor's Gas-Lamp from the Vol. 41, No. 1 issue of the Baker Street Journal.

[Editor's note about the Gas-Lamp and commentary: we did in fact welcome Susan Rice and Evelyn Herzog to the show to share their memories of The Adventuresses of Sherlock Holmes and the admission of women into the BSI on Episode 89.]