"baffled all those who have sought a solution" [FIVE] 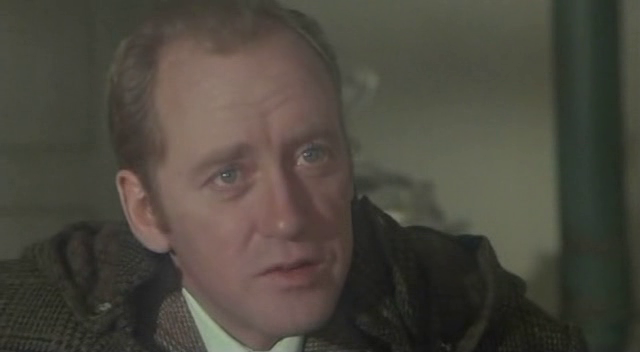 The three-time BAFTA-nominated actor Nicol Williamson has passed away at the age of 75.

To Sherlockians, he'll be most closely identified with the role of Sherlock Holmes in the 1976 film The Seven Per-Cent Solution. The book and the screenplay were both written by Nicholas Meyer, BSI ("A Fine Morocco Case"). Outside of the Holmesian world, he was probably best known for his turn as the wily wizard Merlin in Excalibur (1981).

As Sherlock Holmes, he seemed as if he were cast against type, but he gave a convincing performance as a manic and overwrought consulting detective who was weaned off of his cocaine dependence by a once similarly afflicted Sigmund Freud. With Robert Duvall as his Watson and Alan Arkin as the venerable psychiatrist, the unlikely trio made for a memorable film.

Below, we bring you a slideshow of some of the posters and lobby cards from the film. You can also view them on Flickr.

Do you you have a memory or impression of how Williamson's performance (Sherlockian or not) struck you? Leave us a comment.