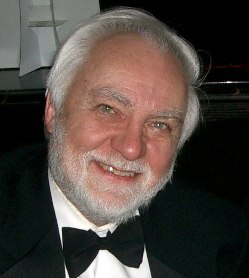 Those familiar with Otto Penzler, BSI ("The King of Bohemia") are acutely aware of his impact in the mystery publishing world, including that of Sherlock Holmes.

Most widely known for his Mysterious Bookshop in New York, he has a keen eye for rare and valuable books, as well as an uncanny sense of the up and coming talented mystery authors. Otto himself is no stranger to writing, as he had an early career in journalism that we heard about firsthand from Otto in a very informative interview on Episode 17 of I Hear of Sherlock Everywhere (as a complete aside, our favorite two minutes of the interview are from the 26- to 28-minute mark - see if you agree).

He is also no stranger to publishing and editing, as he founded the Mysterious Press in 1975 and ran it until 1989 when he sold it to Warner Books. Otto has also been editing under the Otto Penzler Books imprint for Harcourt for the last seven years or so, and last year he reacquired Mysterious Press from Warner.

Today, the Mysterious Press has added a modern twist to its business model: MysteriousPress.com. 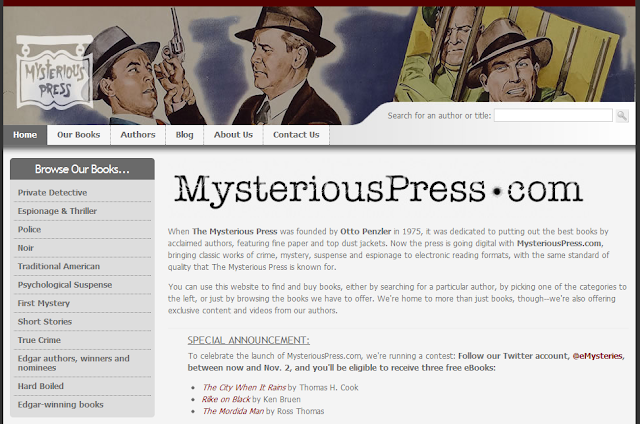 As Otto describes in his blog post, the original Mysterious Press was unique in that it offered dust jacketed and limited editions in the mystery genre. Acknowledging the difference in the publishing industry in the 21st century, the new Mysterious Press will be entirely electronic/digital. In conjunction with Open Road Media, the e-books will feature some of the most acclaimed authors in the mystery, suspense and espionage world.

We won't delve into each of them here (Otto does that on his site), but will note that the selections are fairly robust now, with sections such as short stories, Edgar Award-winners, hard-boiled, noir and more. No Sherlock Holmes titles - yet - but we heard from Otto and expect to see some soon.

Also, it's helpful to note that the Mysterious Press has a Facebook page and Twitter account, in a nod to how communicating in the digital medium is important, especially when your customers are consuming your products digitally. They can be found at http://facebook.com/MysteriousPressCom and @eMysteries.

We here at I Hear of Sherlock Everywhere wish Otto and the staff of MysteriousPress.com every success. We're certain they'll do well.