"production of the photograph" [SIXN] 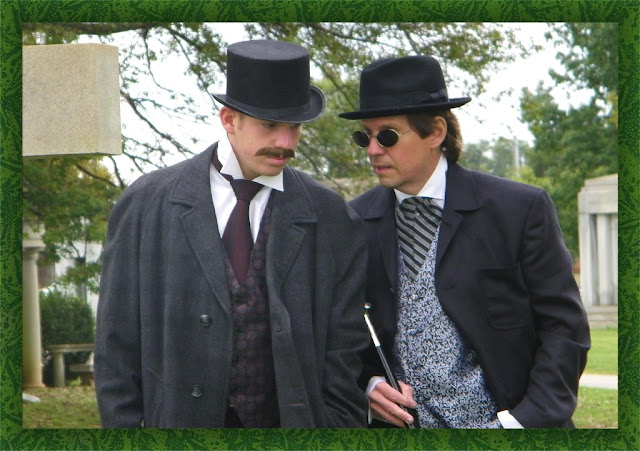 Each year for the last five or six years, I've been lucky enough to receive a Christmas card from fellow Sherlockian Richard Ray Green of the Genus Loci of Birmingham, Alabama. His son Joshua has been a fellow co-conspirator in Richard's interest in the Canon and in many ways has eclipsed his dad with his own activity in plays and other local events.

But the highlight of their year - something they take great pride in - is their Sherlockian Christmas card. It's always a set of photographs that recreate scenes from the Sherlock Holmes stories that are well known. And you can tell that they really put serious thought and hard work into making their creation a reality.

This year, they chose a number of appearances of Holmes in comics and graphic novels, and a couple of stills from the latest film thrown in for good measure. Here's a slideshow of the original images that inspired their card and the resulting scenes that they shot: 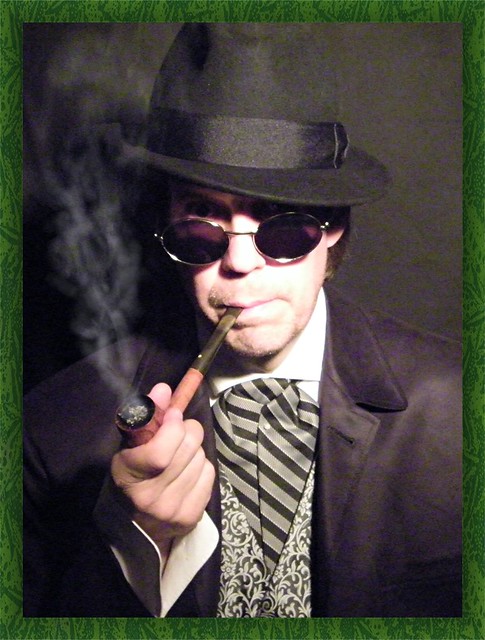 
In order to show the degree of canonical authenticity which Joshua, his contemporaries and his dad have achieved, we have taken the liberty of including appropriate illustrations from the original magazine publications (The Strand and Colliers). As has been our custom during the past couple of years, we also include on each month of the calendar, annotations of the birth dates of all our Sherlockian friends who were kind enough to share that information with us, and, of course, annotations of important canonical events with their associated dates. The graphic at your right shows the Greens' re-enactment of the slaying of The Hound of the Baskervilles (the insert is the Paget version). We certainly hope that you will receive this unique exposition of these Young Sherlockians' energy and creativity with the same enthusiasm that we have.

You can purchase a 2010 Sherlockian calendar for yourself by clicking here.