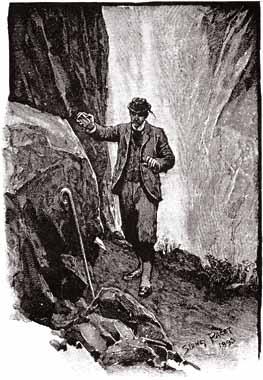 Penned by Watson after he presumed his friend, Mr. Sherlock Holmes, perished at the Reichenbach Falls, these words - and the extremely emotion-filled introduction to "The Final Problem" - reflect the level of despair that Watson and his readers felt when then learned of the demise of Holmes.

It is with a heavy heart that I take up my pen to write these the last words in which I shall ever record the singular gifts by which my friend Mr. Sherlock Holmes was distinguished. In an incoherent and, as I deeply feel, an entirely inadequate fashion, I have endeavoured to give some account of my strange experiences in his company . . . and to have said nothing of that event which has created a void in my life which the lapse of two years has done little to fill.


In a similar vein, J.K. Rowling is making headlines as she announced there will be two deaths in the last installment of the Harry Potter series, possibly including the protagonist.

The Guardian 's interactive editorial "Comment is free" section has an entry called Harry Potter Must Die, in which Phil Maynard claims "it's worth remembering that deaths in literature aren't always what they seem." He naturally uses an example of a certain detective, whose exploits made him the Harry Potter of his day, in terms of popularity and sales.