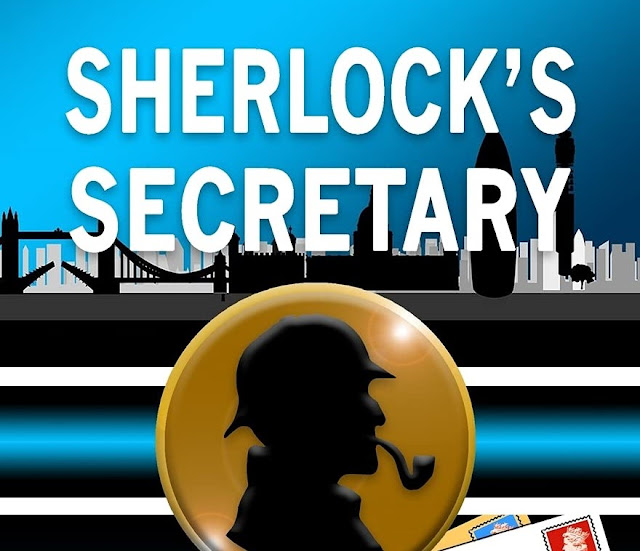 Addy Zhuang has a job many of us would kill for. He's been hired to answer Sherlock Holmes' mail. Well, the messages that people send to 221B Baker Street, one of the most famous addresses of all time. Sherlock's Secretary is a present-day mystery novel that begins when someone steals some of Sherlock's letters.

Addy and true crime podcaster (and object of Addy's crush) Zabel Carvalho follow the clues to find out who's behind the theft and why. Along the way, they discover a ridiculous group of exaggerated personalities, including a small group of local Holmes Society members who can't agree on anything.

There's also a terrible never-seen 1960s TV movie about Sherlock Holmes that plays a role. The desire to find a missing TV episode is one many fans will relate to. They will likely also appreciate the scene-setting references. Sidney Paget, Benedict Cumberbatch, Basil of Baker Street, William S. Baring-Gould, and Jonny Lee Miller, among others, all get a passing mention.

It's the details that caught me. I have no idea whether this is a real job [It was. - Ed.], or what happens to Sherlock's mail these days, but I loved thinking about how Addy handled the task and decorated his office. The discussions he and Zabel have, trying to apply Sherlock's methods and puzzle out what's going on, are the kinds of conversations many Sherlockians have envisioned, were they lucky enough to be pulled into a mystery.

This is a light, breezy read that moves quickly through its twists and turns. I enjoyed the couple of hours I spent with it.

Available at MX Publishing, Amazon, Barnes & Noble, and wherever books are sold.