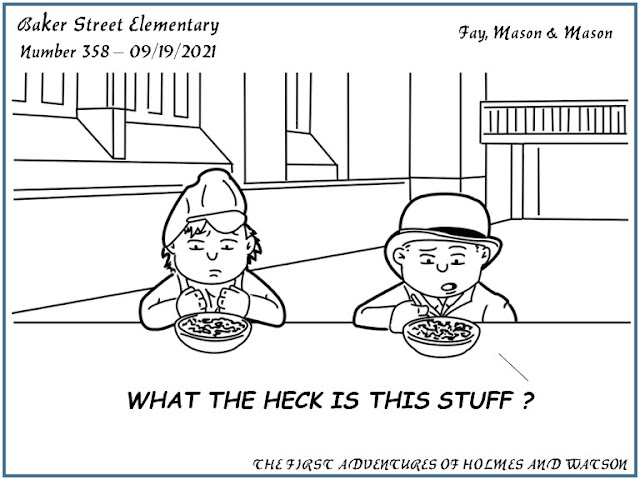 When he created Sherlock Holmes, Arthur Conan Doyle knew immediately that he needed to show how the sausage was made. Or perhaps, given his background, how the haggis was made.
He didn't create the genre of detective fiction, but he did popularize it. Greats such as Edgar Allan Poe and Wilkie Collins preceded him, but Doyle wasn't particularly fond of their heroes' abilities, as told by the authors.
In a 1929 movie reel, he expressed his initial dissatisfaction:

Well, first of all, about the Sherlock Holmes stories. They came about in this way: I was quite a young doctor at the time and I had a course of scientific training, and I used to occasionally to read detective stories, it often annoyed me how in the old-fashioned detective story the detective always seemed to get at his results either by some sort of lucky chance or fluke, or else it was quite unexplained how he got there. He got there but he never gave an explanation to how. Now that didn't seem to me quite playing the game. It seemed to me that he's bound to give his reasons why he came to his conclusions.

So, he set out on a different path. A path that was not only possible but plausible, thanks to Dr. Joseph Bell, a professor at Edinburgh University, who taught Conan Doyle:

But when I began thinking about this, I began to think of turning scientific methods, as it were, onto the work of detection. And I used, as a student to have an old professor his name was Bell, who was extraordinarily quick at deductive work. He would look at the patient, he would hardly allow the patient to open his mouth but he would make his diagnosis of the disease, and also very often of the patient's nationality and occupation and other points, entirely by his power of observation. So naturally I thought to myself, "well if a scientific man like Bell was to come into the detective business, he wouldn't do these things by chance, he'd get the thing by building it up, scientifically."
So, having once conceived that line of thought, you can well imagine that I had as it were, a new idea of the detective and one which it interested me to work out. I thought of a hundred little dodges, as you may say, a hundred little touches by which he could build up his conclusions and then I began to write stories on those lines.

In "The Red-Headed League," Sherlock Holmes said "‘Omne ignotum pro magnifico,’ you know," which means everything unknown is perceived as grand. Holmes was protective of his reputation and his wizard-like powers that constantly astounded clients, the official police, and even Watson himself.
And yet, in his storytelling, Doyle managed to demystify the mysteries and place Holmes on the same level as we mere mortals at the same time elevating him to a hero worthy of our admiration.
Maybe haggis isn't so bad after all.

Meanwhile, at Baker Street Elementary, it's time for some mystery meat... 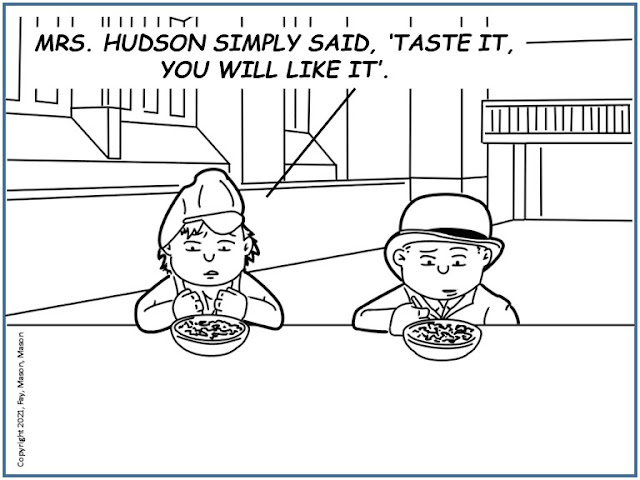 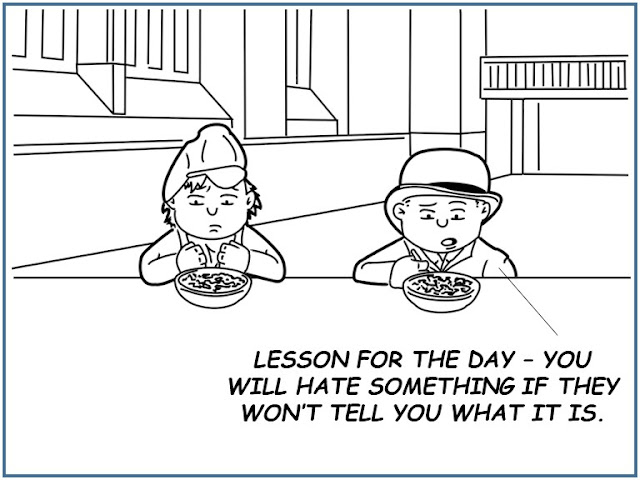 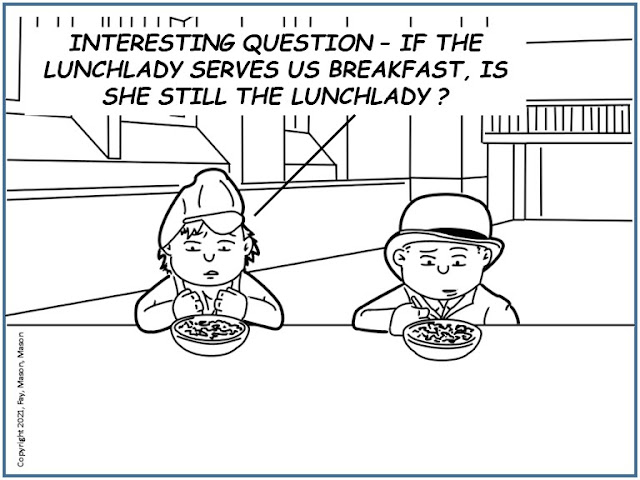