"the young woman came to the door" [SECO] 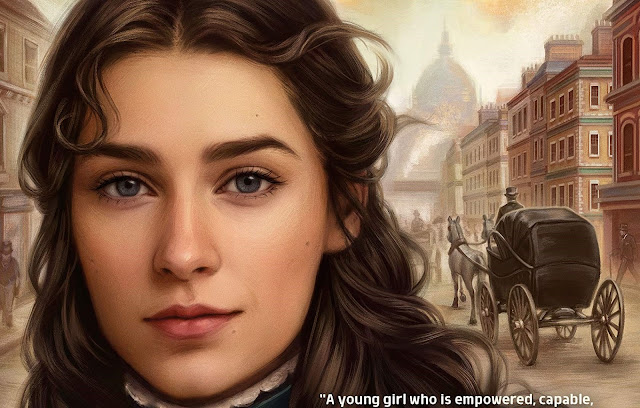 Out now is Enola Holmes and the Black Barouche, a new installment in the young adult novel series by Nancy Springer.

The previous six books were published between 2006 and 2010. Inspired by the recent successful Netflix film, this latest volume provides Sherlock and Mycroft's younger sister, now fifteen years old, with a new adventure. As the publisher describes it,

When a young professional woman, Miss Letitia Glover, shows up on Sherlock's doorstep, desperate to learn more about the fate of her twin sister, it is Enola who steps up. It seems her sister, the former Felicity Glover, married the Earl of Dunhench and per a curt note from the Earl, has died. But Letitia Glover is convinced this isn't the truth, that she'd know--she'd feel--if her twin had died.

The Earl's note is suspiciously vague and the death certificate is even more dubious, signed it seems by a John H. Watson, M.D. (who denies any knowledge of such). The only way forward is for Enola to go undercover--or so Enola decides at the vehement objection of her brother. And she soon finds out that this is not the first of the Earl's wives to die suddenly and vaguely--and that the secret to the fate of the missing Felicity is tied to a mysterious black barouche that arrived at the Earl's home in the middle of the night. To uncover the secrets held tightly within the Earl's hall, Enola is going to require help--from Sherlock, from the twin sister of the missing woman, and from an old friend, the young Viscount Tewkesbury, Marquess of Basilwether!

To find out more, you can read the first chapter online or check the publisher's website.

And of course, you don't want to miss the I Hear of Sherlock Everywhere interview with Nancy Springer: