“some concession might be made for your personal effects.” [3GAB]

Did Sherlock Holmes ever appear on the stage?
We know that plenty of actors have played the great detective on the boards, beginning with Charles Brookfield in the musical parody "Under the Clock." Of course, William Gillette immortalized both himself and Holmes in his legendary appearances.
But what about Holmes himself? We know that he had the ability. In The Sign of Four, Inspector Athelney Jones remarked:

"You would have made an actor, and a rare one."

Perhaps Holmes had been an actor. In "A Scandal in Bohemia," Watson wrote:

"The stage lost a fine actor, even as science lost an acute reasoner, when he became a specialist in crime."

We could take this to mean that Holmes had indeed been employed on the stage at some point.
We know for certain that Neville St. Clair, "The Man with the Twisted Lip," had been an actor, which made his disguise as Hugh Boone so convincing. This barely noticeable line gives us the origin of his facility with makeup:

"I travelled in my youth, took to the stage, and finally became a reporter on an evening paper in London."

Sherlock Holmes, a fellow actor, would have seen through this disguise had he met Hugh Boone in person. It was only by eliminating all other possibilities that he came to his conclusion; when he arrives at the Bow Street station, Gladstone bag in hand, that was his first meeting with Boone.
Once he is exposed, Holmes lightly scolds St. Claire, saying he should have trusted his wife. When St. Claire breaks down over his children potentially being ashamed of him, we see a very understanding and compassionate response:

"Sherlock Holmes sat down beside him on the couch and patted him kindly on the shoulder."

We put it to you: does this not seem like the reaction of a fellow thespian? One who could understand the rigors, sacrifices, and feelings associated with risking a reputation by playing make-believe?
It seems only logical to concede that Sherlock Holmes did spend some time on the stage.
[BONUS: for additional material regarding Holmes and the stage, follow this link.]
Meanwhile, at Baker Street Elementary, the play's the thing... 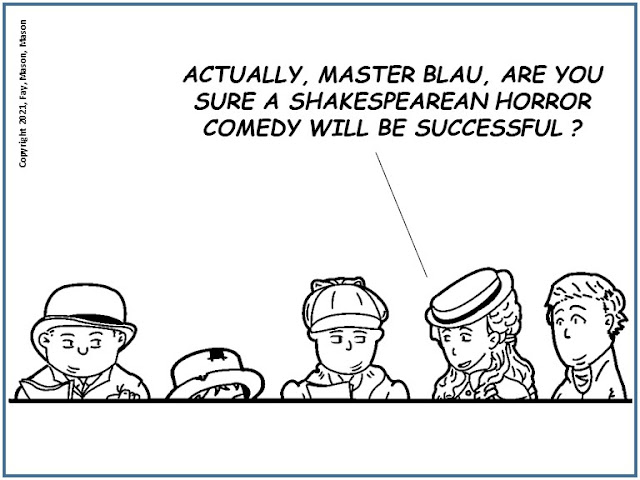 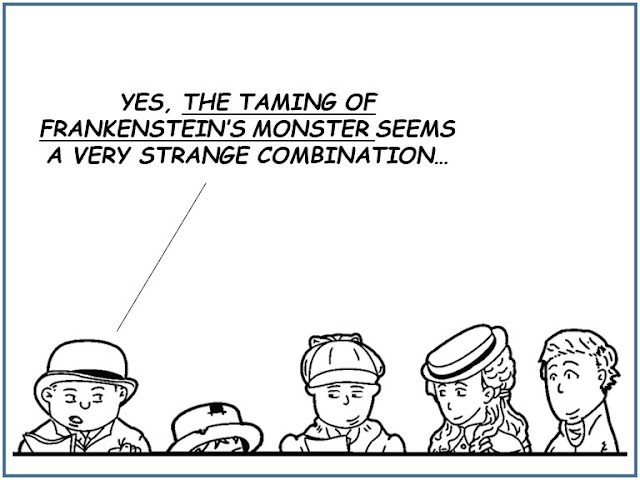 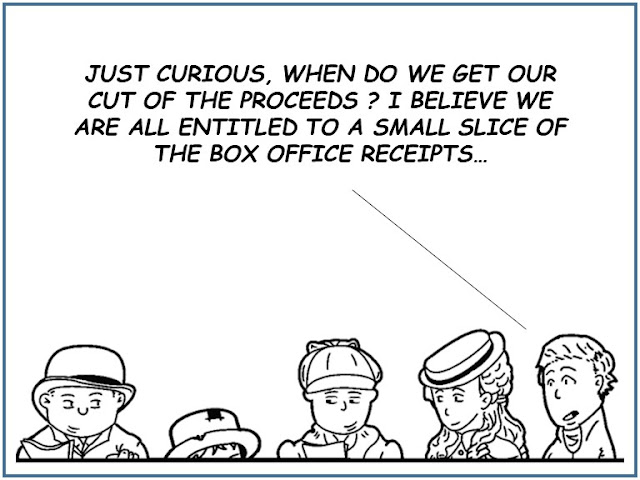 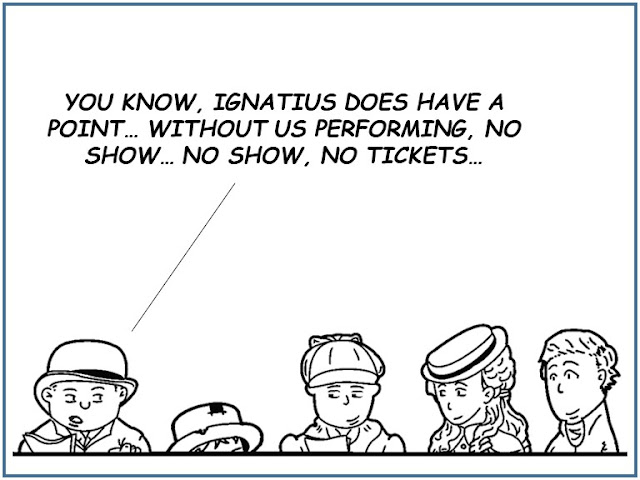 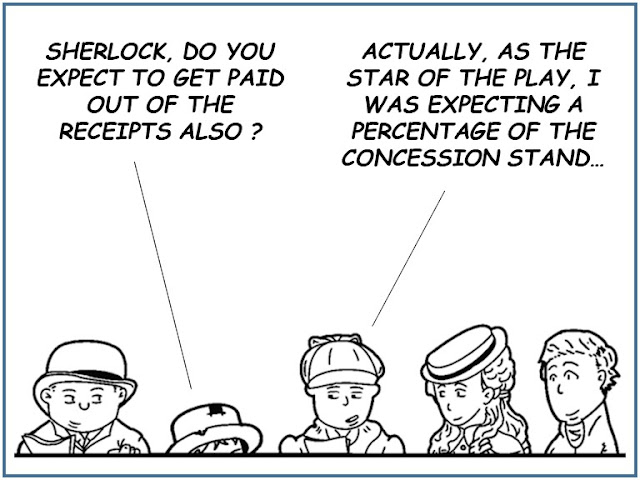