“I should erect an obvious dummy” [EMPT]

One of the challenges of running this biweekly comic strip (something we've been doing every other Sunday since February 2017) is coming up with relevant and entertaining commentary to preface each strip.

We secretly think that the Baker Street Elementary crew deliberately tries to stump us, which makes us try even harder.

In this case, if Watson assessed our knowledge of engineering like he assessed Sherlock Holmes's knowledge of various topics in A Study in Scarlet, it would fall somewhere between "nil" and "feeble."

However, our appreciation for puns, witticisms, and wordplay would be on the "profound" level. As such, we developed a few altnernate titles for this particular strip, including:


Perhaps our readers have suggestions for some pun-laden titles? Leave them in a comment below if you do.

Meanwhile, the boys at Baker Street Elementary befuddle their physics and mathematics tutors... 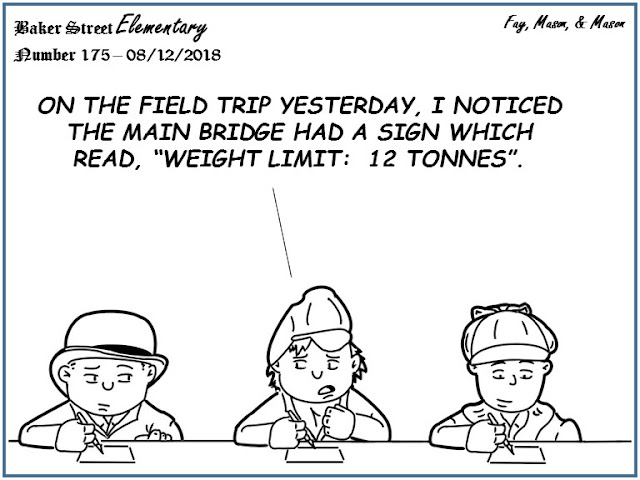 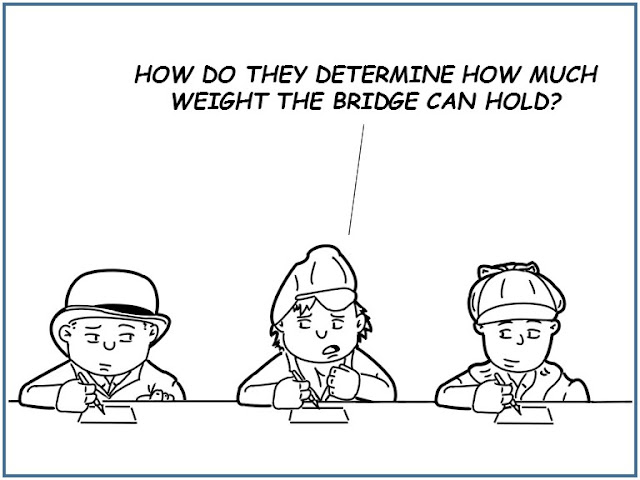 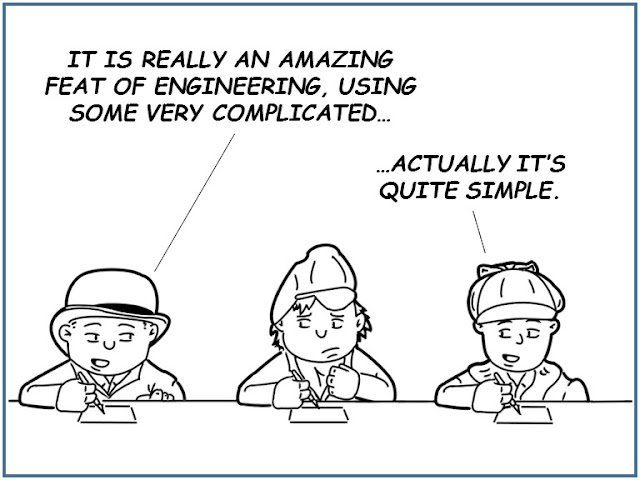 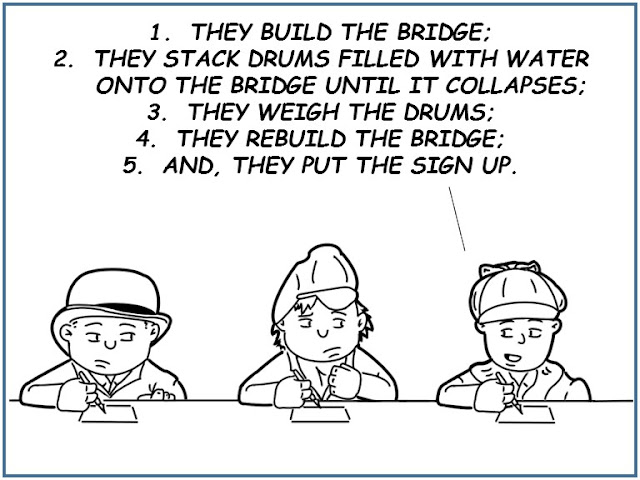 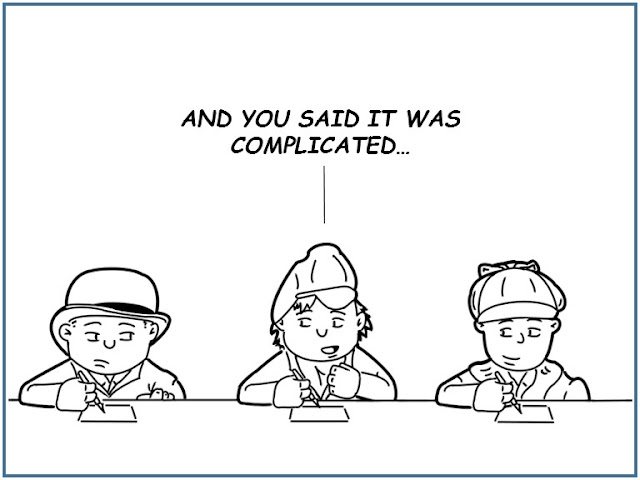 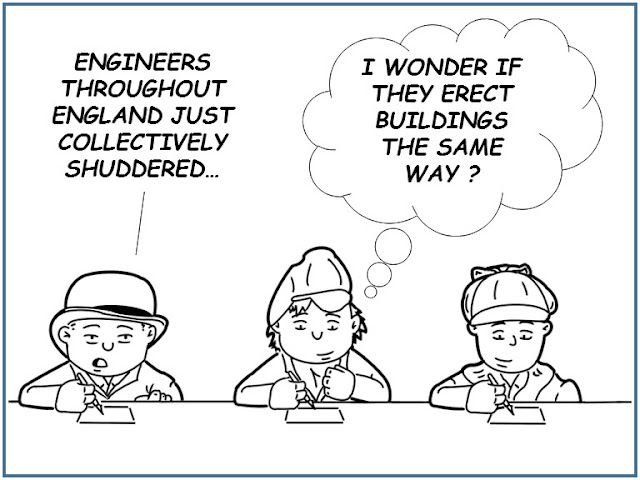