At one time, it could be said that Joel Senter, along with his wife Carolyn, was the Amazon.com of the Sherlockian world.

Joel and Carolyn established Classic Specialties, a Sherlockian mail-order business where you could get everything from scarves to lapel pins to stationery and so much more, all emblazoned with Sherlockian images.

Sadly, Carolyn notified us that Joel passed over the Reichenbach on Monday, just a few days shy of their 50th wedding anniversary on Thursday.

When Joel and Carolyn began Classic Specialties in 1988, they probably didn't know exactly how big this was going to become. Their catalog reached hundreds of Sherlockians, but word spread, and before long, they established a website for themselves as well, and it really took off.


It all began with a sweater. Joel had been a Sherlock Holmes fan since his high school days when he was introduced to "The Red-Headed League" through an English literature book. (Carolyn says that her interest in Holmes didn't start in high school because she went to a college preparatory program and they never did anything interesting!) Carolyn had been both an amateur and professional knitter for many years, so one year she made a Sherlock Holmes sweater for Joel. The sweater had silhouettes of Holmes and Watson, a replica of Mr. Holmes signature, a "speckled band" around the waist, a string of dancing men (which no one has yet deciphered), and assorted other "Sherlockiana" either knitted, or appliquéd, onto the sweater.

In 1987, we attended the Friends of Old Time Radio convention in Newark, New Jersey. There we met a fellow Sherlockian named Bill Nadel. He learned of the sweater and asked Carolyn if she would make one for him... Carolyn later decided to see if Bill would be pleased with a much simpler garment, so she made a scarf and sent it to him. Subsequently, Bill wore the scarf to some Sherlockian functions. As a result, some other folks in the New York area contacted Carolyn to ask if she would make scarves for them, too. She complied and made a few scarves, mostly for Bill's New York area compatriots.

The scarves were well received. Eventually, it occurred to Joel and I that Sherlockians elsewhere might like to have some of these scarves, so we created a "line" of scarves with Sherlockian motifs, including the Speckled Band scarf, the Empty House scarf, the Sign of the Four scarf, and others. We bought an ad in the Baker Street Journal and sent out an advertising mailer to a few clubs and scions. There were a few responses, so we expanded our product "line" to include such things as a "battle at Reichenbach sweater jacket" and a "Speckled Band bell rope.

At about the time the work load started to become unmanageable, some creators of other Sherlockian products (lapel pins, books, monographs, artwork, etc.) started to become aware of our existence and contacted us to see if we could help them market their items, too. Very slowly, and very selectively, we began to market such articles for others. Even though we do still create many items ourselves, we focus more on the marketing aspect, and our contact with Sherlockians and their products continues to grow even now. This is not only a pleasure for us, but, we think, an advantage to the global Sherlockian Community.

You see, as "brokers" for all matter of items, we have created a conduit of communication among Sherlockians all over the world. Now people who would never have known each other are not only aware of each other's products, but more importantly, they are aware of each other! Consequently, we think of our Classic Specialties organization as more than a purely commercial enterprise. We feel we have created communication channels among Sherlockians which would not otherwise have existed!


Their catalogs were nicely done (later called The Sherlockian Times), and it's what attracted our attention to a certain "Gold pin—bull-dog’s head, with rubies as eyes," belonging to Enoch Drebber in A Study in Scarlet. We bought their entire supply and made it the official lapel pin for the Bull-Terrier Club of Boston University. During that timeframe, we also enjoyed notepads, note cards, and other ephemera we ordered from Classic Specialties.

Eventually, Joel and Carolyn created an email list called the Sherlockian E-Times, which they distributed monthly. They shuttered the mail-order business but kept communicating with that vibrant community and shared stories, links, photos, comic strips and more on their site.

But on April 29, we received a short email from Joel that caught many Sherlockians by surprise and in which he explained the future of the E-Times:


Well, Loyal Readers, it is time for me to be composing the May issue of the Sherlockian E-Times, however circumstances have conspired such that I find that I can no longer rise to the occasion. Hence, the April 2018 edition will be our final issue. I thank you for your readership and I also thank those of you who helped fill our pages by sharing your Sherlockian scholarship with us. It has been a pleasure serving you first through Classic Specialties and the Sherlockian Times and then through the Sherlockian E-Times during these past three decades. Farewell and so-long.

We invited Joel to be interviewed for I Hear of Sherlock Everywhere, but he politely declined. While we were disappointed, we certainly understood, and anticipated the outcome this week. 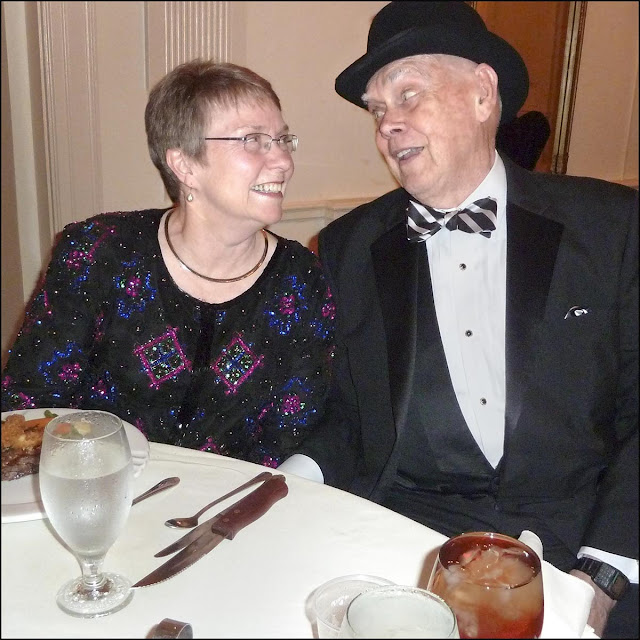 The note that Carolyn sent earlier this week has the most personal and relevant information about Joel, and we'd like to share it here:

For 32 years, he was Professor of Psychology at the University of Cincinnati. During those years, he taught many classes but was usually thought of as a statistics teacher. He wrote 2 textbooks, one of which was a statistics text entitled, Analysis of Data which now is practically a classic (sometimes you can see a copy available on Abe Books).

For 10 of those 32 years, he taught enormous sized classes in Introductory Psychology. The class size ranged from 300 or 400 to as many as 800 students. Those classes were amazing productions and for some topics, non-registered people would come in and sit in the aisles to listen and many students changed their schedules in order to take his class which was often filled. He prepared for those classes himself since he only had one teaching assistant to help.

In addition to textbooks, he wrote innumerable journal articles and applied for and received innumerable grants from various government agencies. The University tasked him with the job of establishing and heading an Experimental Psychology laboratory. It was established in a large, off campus building in which several people (students and teachers) set-up labs and performed experiments, analyzed data, etc.

When Joel accepted the University's early retirement package in 1988, he and I started Classic Specialties, The Sherlockian Times, and eventually, the Sherlockian E-Times.
You all know the rest of the story. We operated Classic Specialties for 28 years. We met many of you and because of those years we had some the best times and met some of the best people and made some very good friends.

Joel was blessed in many ways but something I want to thank all of you for are your wonderful messages when you learned the E-Times was ending. He received so many lovely messages from you and he was able to see how people thought of him. For that I am enormously grateful.

Joel was always fond of repeating to students or any young talented person with whom he spoke, the advice he received from a professor when he was a student, i.e., "He who toots not his own horn, so shall it not be tooted." However, he never followed his own advice and indeed even eschewed his own accomplishments.

I thought you might want to know a bit more about who he was and who I am now without. For me, this lonely position I am in is incredibly, almost impossibly difficult to bear but Joel is now, I hope, discussing some of the finer points of the Canon with those who have crossed over Reichenbach before him.


Our sincerest condolences to Carolyn. Joel was a quiet but oversized presence in the Sherlockian world, and he'll be missed by many.