We Hear of Freddy Everywhere

"the intelligence of your correspondent" [VALL] 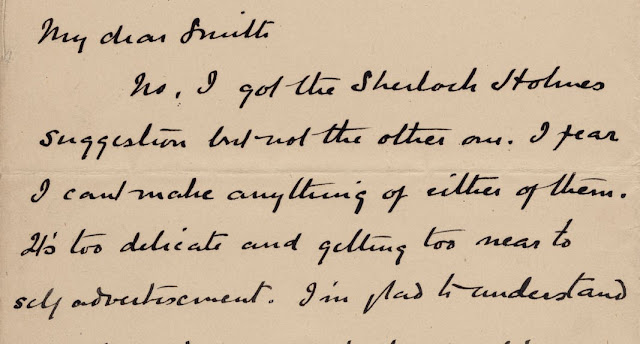 Chris Redmond's recent report about the overlap between the world of Sherlock Holmes and that of Freddy the Pig triggered some memories from Susan Rice, ASH, BSI ("Beeswing"). Susan wrote to share them.


"I never read the Freddy books, so the first time I heard of him was at a Mohonk Mountain House mystery weekend early in the '80s. These were wonderful mystery weekends, first managed by Dilys Winn and Carol Brenner of Murder Ink, where a complicated and very bookish mystery was enacted by writers as victims and murderers and general suspects. These weekends were so popular they were sold out within an hour of going on sale like rock concerts. The players were divided into teams and worked to solve the mystery and then present it to the judges and other players — the top prize being guaranteed reservations for the next year.

"In '81 or '82 we were all so happy with our random team that we resolved to play together every year, with the magisterial consent of Carol and Dilys. At our first group meeting we met a fellow from the west coast who claimed to be a Sherlockian and was annotating the stories on note cards. His name was Les Klinger. When we convened the next year, the teams were all named for detectives, and it was Les who suggested we call ourselves the Freddy the Pig team as that was a detective the organizers were unlikely to choose for a team name. We won by a mile, and when we returned the following year, the teams were named after the rooms of a British estate, so we opted to be The Pigsty.
"Also on the team were Karen and Billy Palmer, owners of Bogie's Restaurant on West 26th Street in New York, which for a decade became the center of the local mystery scene, and Henry Enberg, BSI. We enjoyed this weekend for many years until it began to be offered in the Neiman Marcus catalog and the clientele fell from its lofty heights of writers and fans to wealthy Texans.

"Then, just a few years ago, Billy and Karen decided to leave the city for a small town upstate named Roxbury and bought a house a couple of centuries old. At a welcome party given by a neighbor they learned for the first time that the house catty-corner across the street was the home of Walter Brooks, the author of the Freddy books, and was sometimes mobbed by fans. They were subsequently invited over for a tour of the house.

"You may not know the Palmers, but they are well known to veteran local Holmesians, as we had a number of Priory School and Adventuresses' meetings at Bogie's in the '80s. They had lots of local or visiting mystery authors signing books during Mystery Sundays and offered a general mystery quiz at which drinks were the prize. Billy's collection of old radio mysteries allowed one to be played every Sunday when no author was the centerpiece, and also inspired our radio recordings.

"You may have heard of ZPPR Productions because of the four cassette tapes offered for sale in the Merchants' Room and played widely at scion meetings. They were written by Andrew Joffe, Sarah Montague, Paul Singleton, and Henry Enberg and are very funny — they also entertained at the four Sherlockian cruises that ME Rich, the Stixes, and I arranged in the '80s and '90s. That's why they have a name in the Sherlockian community, but our other work was sold to public radio and were aired widely."


And Susan concludes: "We hear of Freddy everywhere!"