Holmes and Watson in 100 Years of Film

"perpetrated in the century" [STUD] 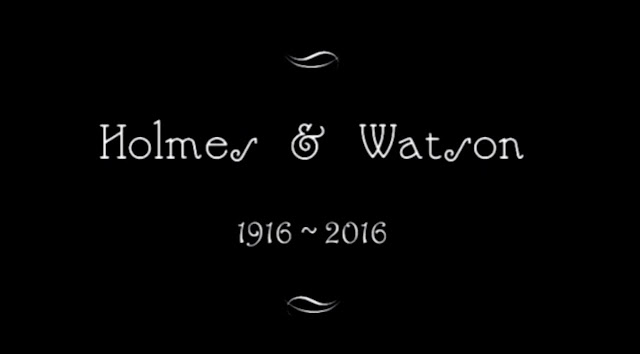 When we say "I hear of Sherlock everywhere," we're not simply quoting Mycroft Holmes. Nor are we referring to our twice-monthly show. We mean that because we're so connected with the sixty original stories that Sherlock Holmes seems to be in just about everything we come across.

This of course extends to film, as Sherlock Holmes holds a Guinness World Record for being the most portrayed literary human character in film. And one would think that Dr. Watson would be right along side him in that regard, since they most often appear together.

Over the course of more than 100 years in film and television, the two have emblazoned themselves in our hearts and in our minds, from William Gillette to Benedict Cumberbatch and many other actors in between.

This lovely montage captures their unique friendship and professional association:

Something Good (Will Come From That) from Sanguinity on Vimeo.

Notes and sources to the above clips can be found on Archive of Our Own.