Sherlock Holmes: Adventures in the Realms of H.G. Wells

"...the scientific use of the imagination." [HOUN] 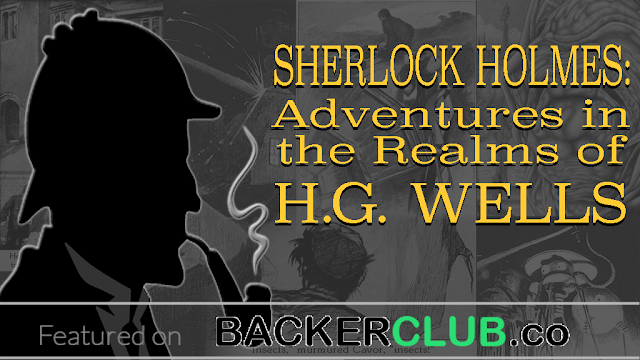 Imagine Sherlock Holmes trying to solve the case of an invisible man attacking London, matching wits with a traveler from out of time, tracking down a human / feline hybrid, or using his deductive skills to help fight Martian and lunar invaders! These are just some of the stories included in the new anthology Sherlock Holmes: Adventures in the Realms of H.G. Wells.  The anthology is currently  available at a discount via a Kickstarter campaign.

We interviewed some of the authors to learn a bit about their contribution to this interesting anthology. We asked each of them the same four questions: 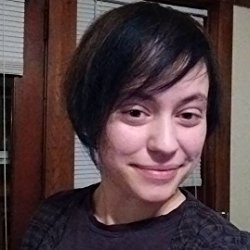 1. Sherlock Holmes has just come back from pretending to be dead, and is bored. Really bored. So bored that he doesn't hesitate to drag Watson into a travelling freak show while they're out for a walk. They see a bizarre creature in a cage, one whose escape happens to coincide with a string of savage deaths in the area. In order to stop the killings, Holmes has to discover the creature's origins.

2. The idea for the story comes from The Island of Dr. Moreau. I wanted to write something a little different, a little bizarre, and my mind instantly went to Moreau. It's delightfully terrifying, and almost all of the horror comes from the humans rather than the "monsters." The problem with a Moreau-based story was that I was not comfortable using Holmes as a stand-in for the protagonist, or somehow putting Holmes and/or Watson on the island, but I loved the idea of Sherlock Holmes tackling the ideas of that novel, and so instead of putting Holmes on the island, I brought the island to Holmes. I tried to give the same attention to the horrors of mankind as Wells did in his story, but tempered down to a more Doylean attitude, plus a healthy dose of good-old Watson optimism.

3. I've always loved crossover Sherlockiana. Put Holmes in the future, in the past, on another planet, meeting any figure of literature or history you can think of, and I'll read it. That doesn't mean I'll like it, I do have standards, but I'll certainly read it at least once. When presented with the opportunity to participate with a collection of tales combining the greatest detective with one of the fathers of science fiction, how could I say no?

4. I'm currently working on the third book of my sci-fi mystery series "The Adventures of Watts and Sherlock," following the lives of a doctor and a detective solving crimes in a bleak futuristic world. The first two books are available in ebook and print formats on Amazon, and hopefully the third will join them before Christmas. Anyone interested can visit www.wattsandsherlock.com or facebook.com/WattsandSherlock for updates! 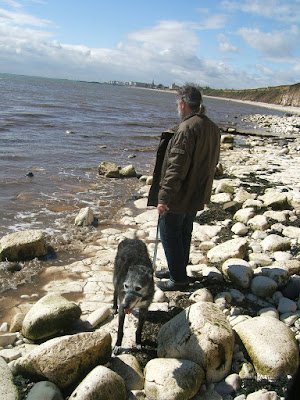 1. If you’re a lover of the Holmes canon, then you should recognize Holmes’s return to Upper Swandam Lane, scene of "The Man with the Twisted Lip." When the moon shines down on the spread of a new and insidious drug throughout central London, Holmes, Watson and Special Branch must identify not only the killers of a respectable Chinese merchant, but the true origin of the "red opium" and make some difficult decisions about what to believe when they encounter a very troubled man.

2. I wanted something as canonical as it could be and yet still be a definite tribute to H.G. Wells’s science fiction. So I crossed the Wells/Doyle wires and chose a relatively minor aspect of The First Men in the Moon as my spark. I should pretend to be literary, but have a nasty feeling that I might have been influenced by seeing Lionel Jeffries in the dubious film adaptation of First Men when I was a child.

3. I suppose I simply like the work of both authors, having grown up with them. Also, rather than utterly rework Holmes, in cases like this I do enjoy sliding him just a touch outside of his original zone, enough to open up possibilities but not absolute certainties. This seemed a great opportunity to tease again.

4.  Currently I’m promoting my recent collection of strange Edwardian-based stories, A Persistence of Geraniums and Other Worrying Tales — murder, madness, and the supernatural — and plotting out a much longer work featuring my recurring character Mr. Dry, the feared Deptford Assassin. I’m also editing Occult Detective Quarterly magazine as usual, and will soon be editing a new anthology called Hell’s Empire which you might consider a demonic version of Wells’s War of the Worlds. Rather appropriate, really. 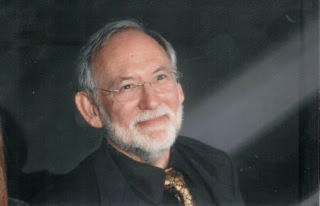 1. The ambiguous ending to the original version of H.G. Wells’ story, “The Country of the Blind,” merely hints at a positive outcome. We never learn whether the protagonist successfully escapes from an isolated land where everyone is blind. Despite his love for a blind woman and his early belief that “in the country of the blind, the one-eyed man is king,” his plans to gain power go awry.  Once the village elders decide to put out his eyes, those strange growths on his face deemed responsible for his maddening references to something called “sight,” he concludes it’s time to flee. My story, “An Adventure in Darkness,” explains how the protagonist successfully returns to London where, to recreate his previous experience, he marries a beautiful blind woman. When violence threatens the relationship, Holmes and Watson are called in to set matters right.

2. I chose “The Country of the Blind” as my starting point for two reasons. First, I think it’s an exquisite story, a fantasy that readers can relate to on a literal level.  In a similar situation, wouldn’t most sighted people attempt to assert authority over those who cannot see? In fact, the set up seems typical of any situation in which an individual—however wrongly—feels stronger than everyone else.  Second, though a fable of sorts, the story takes place in a believable setting, one that doesn’t clash with the realistic world of Sherlock Holmes. Even in today’s real world, we occasionally learn of the discovery of an isolated community. Who’s not to say that hidden in the mountains of Ecuador, as in Wells' story, or somewhere else there really does live a group of blind people cut off from the rest of humanity?

3.  For as long as I can remember, I’ve always been a fan of H.G. Wells. In graduate school I wrote a long, analytical paper about him called “Of Science Romances and Utopian Dreams.” (As a college freshman, I wrote a paper on Sherlock Holmes.) I've gone so far as to feature Wells as a character in my Holmes pastiche, “The Baron of Brede Place,” which is about Wells’ friend, writer Stephen Crane; and I have Wells reappear in “An Adventure in Darkness.”

4. I’m currently working on two distinctly different novels. One, a mystery, links Sherlock Holmes to the fiction of Fyodor Dostoyevsky. The other, a more contemporary piece, dramatizes significant events in my forty-six years of public school teaching. Together, the projects comprise two major academic interests of mine, literature and education.

To learn more about Sherlock Holmes: Adventures in the Realms of H.G. Wells, go to the Kickstarter page here.  You can back the project until November 18th.