"how long have you been playing this trick" [VALL]

In 1922, Sir Arthur Conan Doyle himself wrote a Sherlock Holmes parody. Until that time, he had suffered (gladly or not is open for debate) at the hands of parodists who created their own versions of Sherlock Holmes and Dr. Watson in stories, comics, plays and more.

But Conan Doyle's short story "How Watson Learned the Trick" was a unique addition to the oeuvre in that it was created specifically for Queen Mary's Dolls House — a project that called for top artists and craftsmen to contribute to the building of and possessions within a doll house for Queen Mary, wife of George V. Conan Doyle wrote the 503-word story, taking up 34 pages, which was bound into a tiny volume for the bookshelf of the doll house, measuring 1.5 inches high by 1.25 inches wide.

The "trick" Watson supposedly learned was Holmes's methods of observation and inference, which he put to work, only to have Holmes bat down his every assumption. For those interested, you may read "How Watson Learned the Trick" by clicking here.

Meanwhile, the boys of Baker Street demonstrate a much early trick that Watson learned... 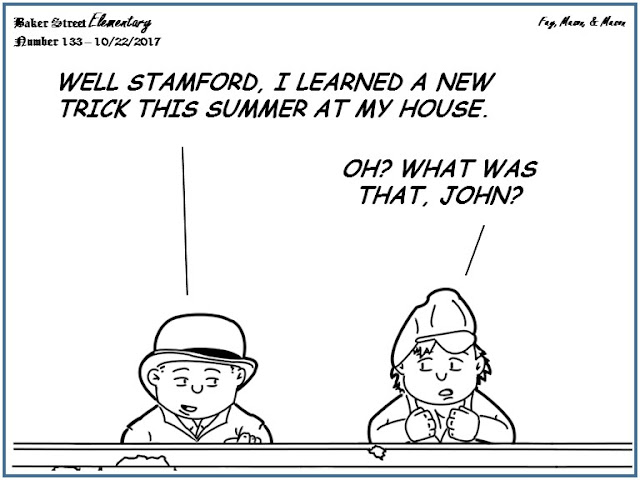 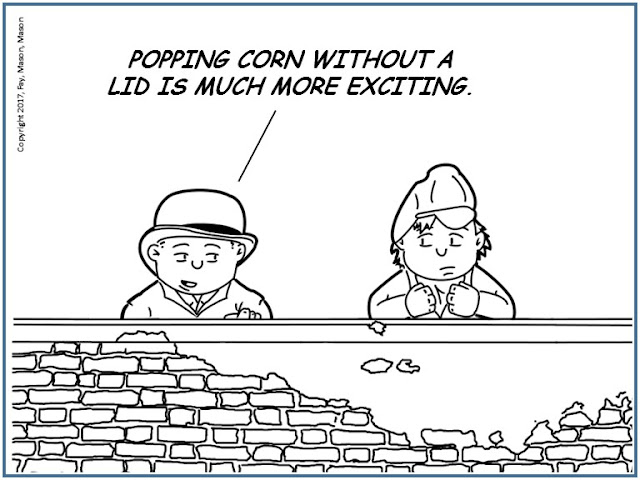 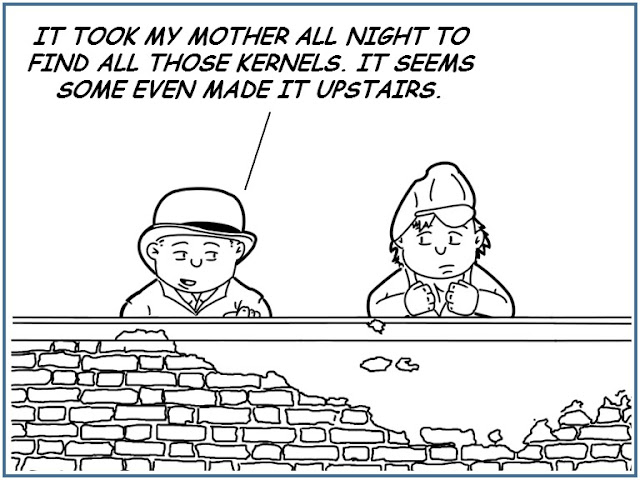 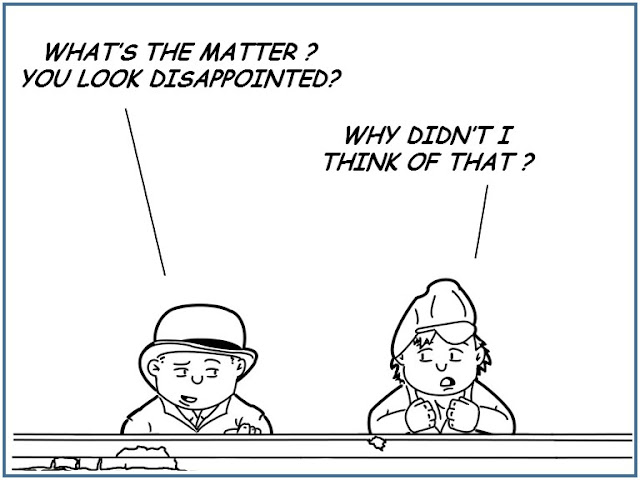