Sherlock Returns to Form with The Six Thatchers — Review

"I found myself in dream-land, with the sweet face of Mary Morstan looking down upon me." [SIGN] 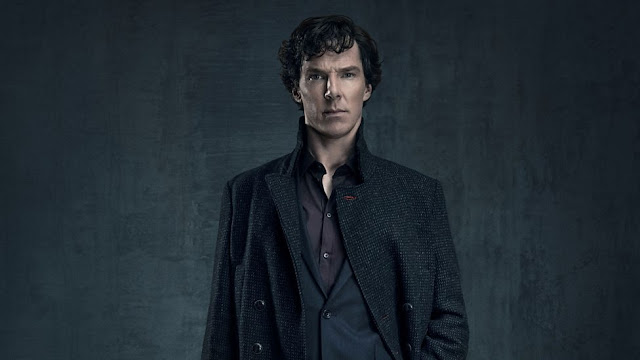 After 2014's filler episode of Sherlock, "The Abominable Bride" I was afraid that the Moffat and Gatiss may have painted themselves into a bit of a corner. As entertaining as it was to see Benedict Cumberbatch and Martin Freeman transported into a more traditional Victorian setting, the one-off episode didn't really advance the plot of the show at all. Besides, I've never been the kind of Holmes fan who really gets much of a charge out of the Victorian nostalgia aspect of Sherlockiana.

I know many Sherlockians dwell on that whole period, and I get it, it can be a lot of fun. But I've always thought the great strength of the BBC's Sherlock was their ability to make Holmes and Watson so contemporary, while still always retaining so much of the flavor of Doyle's original stories. For me, then, "The Six Thatchers" was a stunning return to form.

I may as well take this chance to warn any readers who may be approaching this review without having seen the episode, that MAJOR SPOILERS lie ahead! If you read from this point on, I am assuming that you have seen "The Six Thatchers." So let's move along, shall we?


For much of the first act of the episode, I wasn't certain that this episode was going to work: there was a lot of comedy in that first 20 minutes. I was beginning to think, "this is all very enjoyable, seeing Cumberbatch displaying his comedic side, but when does the story really begin?" As the story began to get more serious, however, and the plot began to reference "The Six Napoleons" (as we all thought it would), I really began to be drawn into the story. Looking back on the episode now, I feel as if the comedy towards the beginning really heightened the drama to follow.

One thing I'd like to mention right off the bat is how much I enjoyed Amanda Abbington's work in "The Six Thatchers." Ever since they introduced her as Mary, I've thought the chemistry she shared with Martin Freeman's Watson has been spectacular, and the equal rapport with Cumberbatch's Sherlock was just as enjoyable.

Most who have loved Sherlock from the beginning knew that the Holmes/Watson duo was one of the best in film and TV history; Mary changed the relationship into an intriguing equilateral triangle. Indeed, for a little while during this episode, I found myself wondering if the attention paid to Mary's role in the show might be working at cross purposes to the dynamic of Freeeman and Cumberbatch's perfect balance as Holmes and Watson. As the show progressed, though, all of those fears were put to rest as, in the end, Mary's presence (followed by her absence) made that Holmes/Watson relationship even more powerful for me.

Anyway, back to the story... I continued to be fascinated by how skillfully the writers managed to combine elements of "The Six Napoleons" with some of the plot of The Sign of Four, a story that is, of course, inextricably linked with Mary as a canonical character. The four assassins who went by the acronym of A.G.R.A. would make any Holmes fan immediately think of Major Sholto and his associates.

Another thing I've always admired about the writing on Sherlock is how they manage to refer to the Canon (as well as extra-canonical sources), without merely repeating them as reworked plots in a modern setting: in other words, "A Study in Pink" is not A Study in Scarlet in the 21st century, "The Hounds of Baskerville" is not an update of The Hound of the Baskervilles, and so on. (Did some fans catch the brief reference to Nicholas Meyer's pastiche, The Canary Trainer, in this episode? It made me smile.) [Editor's note: it could just as easily have been a reference to Wilson, the notorious canary trainer, mentioned in "The Adventure of Black Peter," where Meyer got his inspiration.]

As Mary's story line grew, I found myself wondering if she would come out of it alive, but I never really thought they would kill her off! Yes, now we come to the biggest spoiler of all: the death of Mary Watson, taking a bullet for Sherlock. As the tears ran down my cheeks, I found myself thinking, "You fool, of course she had to die! We've always assumed that Watson ended up as a widower in the books!" Now, I don't know enough about ballistics and such to know whether it's even possible in real life to jump in front of a bullet, but we all know it's a trope that has shown up throughout film history. For a minute, I thought back to Sherlock being shot by Mary in "His Last Vow," and I thought, will they actually save her? At this point, I'm thinking she's really gone, and I hope there is no "resurrection," as there was for Sherlock. And so three have become two again.

Before I'd even had the chance to recover from my shock at Mary's death, I had to deal with my sadness at the wedge that has now come between John and Sherlock, as a result of that death, and Mary's posthumous request that Sherlock "save John Watson." Which made me shed yet another tear or two...as well as wondering, what's in store for John Watson? So, as I look forward to the next two episodes of Sherlock Series 4, I find myself with many questions:
So, wrapping up this review, I feel that, overall, "The Six Thatchers" was one of the best episodes of the entire series. (I don't know if anything can ever beat "A Study in Pink," which I re-watched just last night.) It certainly made me very anxious to see what else is in store for the rest of the season! After my mixed feelings on "The Abominable Bride," I felt as if I were home again: the story was gripping, the acting was top notch, the cinematography was beautiful (those sharks!), and the whole thing was powerful, emotionally and intellectually. I can't wait to see what twists and turns lie ahead.