An Honest Look at BBC's Sherlock 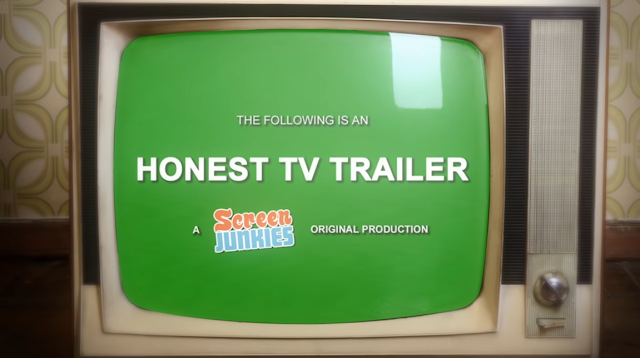 We're all aware that Season 4 of Sherlock arrives on January 1. (At least we hope we are.)

After the last season, there was some commentary that the series had jumped the shark — it was too self-aware, the plot twists were unrealistic with regard to the characters, and pandered to fans too much. Then of course, there were fans who couldn't get enough and eagerly awaited whatever bits of information were available about the new season.

Well, whatever your personal conclusion is about the show, the bottom line is this is Sherlock Holmes like we've never experienced him before. And leave it to the folks at Screen Junkies, makers of Honest Trailers, to come up with — wait for it — an honest trailer about Sherlock Holmes.


"The world's most famous detective returns to the screen...for like the 200th time. But this time, the show is more than a rehash of public domain stories from the 1890s. Now...they BLOG!"

That should give you a sense of the tongue-in-cheek approach that the trailer takes, as it launches into a series of observations about the show.

Never letting us forget that he's "a high-functioning sociopath," it doesn't take long before the video begins a no holds barred, ruthless summary of the updated character and plot devices:


“Meet Sherlock Holmes, consulting detective, obsessive-compulsive and high-functioning sociopath — which is all just Sherlock speak for, 'he’s a ginormous d—k to everyone'... Thrill as he solves London’s toughest crimes armed only with the ability to make helpful words float in thin air and the power of knowing whatever the script needs him to know.”


Here's the trailer in full:

One line in particular sums up the complaints of many who have tired of the show:


"Enjoy a witty, smart, clever show that's obnoxiously aware of how witty, smart and clever it is."

And yet, we'll keep coming back for more.

Looking forward to screening "The Six Thatchers" on January 1 on MASTERPIECE in the United States.