A Reading from the Gospel According to Horace Harker

"Nothing but misfortune and disaster" [STUD] 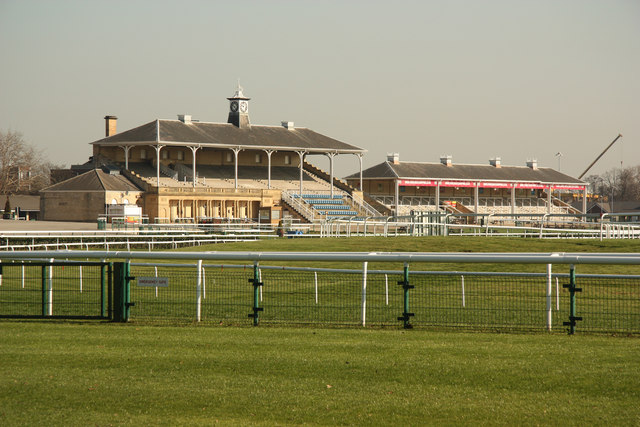 In the tale of "The Adventure of the Six Napoleons," journalist Horace Harker finds himself in the middle of a murder case, and laments that he's unable to write about it for his newspaper syndicate. Worse, it's not the first time he has been so disadvantaged:

"You remember when the stand fell at Doncaster? Well, I was the only journalist in the stand, and my journal the only one that had no account of it, for I was too shaken to write it."


A "stand" at Doncaster, a modest town in Yorkshire, could possibly be at a football stadium, but is more likely a grandstand at Doncaster Racecourse, where horses have raced since the 17th century. The grandstands at Doncaster were rebuilt in 1881, but there is no record that a previous stand had collapsed. Stand collapses are, however, a feature of engineering history, among them the so-called Ibrox disaster of April 5, 1902, which killed 25 people and injured 517 at a football stadium in Glasgow. That event, two years before the publication of "The Six Napoleons," might have been in the author's mind as he recorded Horace Harker's statement.

The Doncaster disaster is unusual in the Sherlock Holmes tales as being a mention of a public news event totally unrelated to one of Holmes's investigations. It is difficult to think of other examples, apart from Watson's bored and vague summary of the newspapers in "The Bruce-Partington Plans": "the news of a revolution, of a possible war, and of an impending change of government." Such interruptions from real life are normally irrelevant to the detective and reader alike.

The Doncaster note is surprisingly reminiscent of another such interruption that is familiar to those who know their Bible well, as many Victorians did, including Sir Arthur Conan Doyle, and undoubtedly Horace Harker. The reference comes in chapter 13 of Luke's gospel, in the midst of a long passage in which Jesus talks to his followers about such matters as trust, faithfulness and repentance. Someone asks him about a horrible recent incident in which Pilate, the local dictator, had killed a number of Temple worshipers. Don't imagine that such an atrocity was punishment for those worshipers' sins, says Jesus; death comes to all, and bloodthirsty dictators only hasten it along.

And then Jesus adds a mention of another recent current event, a building collapse in a suburb of Jerusalem. The King James translation, familiar in Doylean and Holmesian times, puts it in a few words:

"Or those eighteen, upon whom the tower in Siloam fell, and slew them, think ye that they were sinners above all men that dwell in Jerusalem?"

On the contrary, he makes clear, everybody sins and needs to repent, and a civil engineering disaster is just one of those things that happen; the victims are not to be blamed.


It is an unusual comment for Jesus, who rarely gets specific about current historical events, though he is scathing about the government ("Caesar") and powerful folks in general. Having remarked on the news from Siloam, he goes back to telling tales that point the moral of a righteous life. Similarly, Horace Harker goes back to writing about the outrage in Pitt Street.

And the Sherlockian author checks his house insurance for earthquake coverage and goes back to preparing blog posts. The readers of the Central Press Syndicate are hungry for the latest news.