The Man Who Loved Women — and Equality

"The laws were more harshly administered thirty years ago than now." [GLOR]

There's been much talk in recent weeks of the dramatic scene in 1991 when women were first admitted to the ranks of the Baker Street Irregulars. The story of the picket outside the 1968 BSI dinner, conducted by six venturesome Adventuresses of Sherlock Holmes, has also been told and retold. I wasn't present for either historic event, and so I have little to add to the telling.

Ah, but I was on hand January 5, 1979, when a smaller, but still significant, step was taken towards the integration of women and men in the Sherlockian world. Fill up my glass, if you would, and I'll tell you the tale.

Starting in 1975, the Adventuresses of Sherlock Holmes — now more generally known as ASH — held a small (but gradually less small) dinner in New York on the same evening as the BSI were performing their traditional rites somewhere across town. By the late 1970s the venue for the BSI was the Regency Hotel on Park Avenue, and the ASH dined at the Biltmore Hotel, which was also the place where some men and some women mingled afterwards to enjoy a further libation, catch up on the news, and pursue personal relationships ad lib.

It began to be evident that in addition to women who were ipso facto excluded from the BSI dinner, there were men who had not been invited to the Regency — men who might, in fact, enjoy dining in the company of women. I understand that there was some controversy among the ASH (a smaller and more cohesive group then than now, of course) as the organization's policies were discussed during 1978.

It is even possible that my existence was noticed in those discussions, as I had formed a rather close relationship with one Adventuress in particular and was hinting that I might come to New York in January — something I had not hitherto done — if I might be able to eat dinner in good company. As an investitured Irregular I would have been welcome at the Regency, but on principle I wasn't about to attend a dinner where women could not take part. A desire to keep a close eye on my Adventuress might possibly also have been a factor in my determination.

The decision, probably not unanimous among the ASH, was that yes, I could come, and so could other men, if invited by individual ladies. The 1979 ASH dinner was arranged at Rosoff's 1899 Restaurant, an establishment on West 43 Street between Sixth and Seventh Avenues. The BSI gathered at the Regency again. 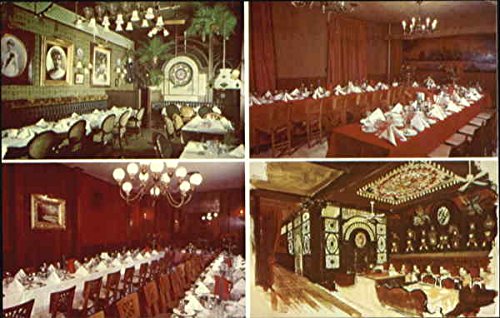 "Many of the members brought along legally invited male guests," said the ensuing report in the ASH journal The Serpentine Muse. "The meal itself was excellent," although oddly, "an awful lot of ice cream was left to melt in dejection." The Muse regrettably does not indicate how many people of either sex were present; my fuzzy memories suggest maybe forty or fifty. It does, however, summarize the events of the evening, from toasts to presentations and finally the singing of "Aunt Clara".

No one who knows me will be totally surprised to hear that I found an excuse to make a speech. Officially I was giving a toast to Dr. Watson, but the Muse kindly describes my remarks as "an excellent speech praising the ASH's move to have men to The Dinner. He went on to outline the many benefits that would come of joining the male and female factions of the New York Sherlockian scene. Let's face it, the entire Sherlockian world would gain by it. Besides, remember Morley and those few lines in the BSI Buy-Laws?"

The full text of what I said that evening (1,100 words, very long indeed for a toast) can be found in my book A Quick Succession of Subjects, just published by Wessex Press. Forgive me if I think of it as my contribution to Sherlockian history — and equality.