Celebrating the Silver Anniversary of the Baker Street Breakfast Club

"In twenty-five years' experience I have learned my lesson" [3GAB] 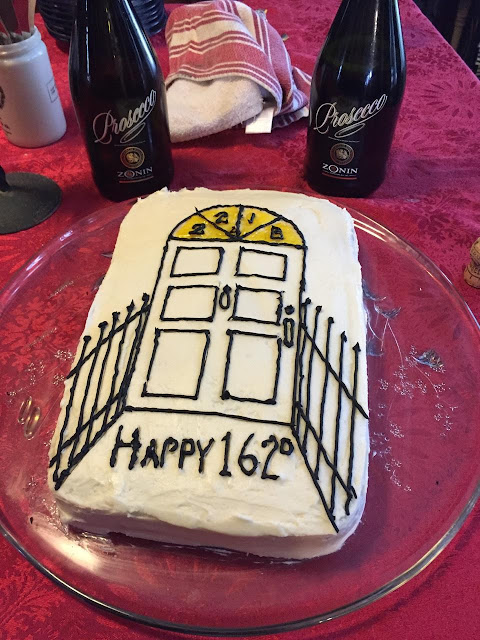 When one thinks of the whereabouts of Sherlock Holmes, one often thinks of his humble digs at 221B Baker Street, not the rolling hills of the rural New England State of Vermont. But according to some members of the Baker Street Breakfast Club, Mr. Holmes spent some of his time during the Great Hiatus in the Green Mountain State. This was just one of the interesting facts we learned when we interviewed Sally Sugarman, BSI ("The Three Gables"), the current president of The Baker Street Breakfast Club, a highly active scion society which just celebrated its 25th anniversary. We asked Ms. Sugarman about the group, how it came to be, how its changed over the years, and where they are headed in the future.

[Editor's note: Sally was a guest on Episode 24 of I Hear of Sherlock Everywhere]

I Hear of Sherlock Everywhere: How did your group form 25 years ago?  Why are you called the Baker Street Breakfast Club?

Sally Sugarman: A colleague of mine at Bennington College, Tony Carruthers and I found out that we were both Holmes aficionados. We called a meeting on a cold January 6 in a local historic house, The Park McCullough House in North Bennington. We had a good crowd of people who showed up. Tony, who had red hair at the time, read the "The Red Headed League" in his British accent. We had several toasts before hand, with Irving Adler, a mathematician toasting Professor Moriarty. After that my husband and I invited friends over for dinner for several years on January 6. After about two or three years of this, our friends said we should start a group. We had a meeting of a group of friends and discussed a slew of different names. I still have the list. We decided on The Baker Street Breakfast Club because breakfast is the most frequently mentioned meal in the Canon. Since we planned on meeting at night, this was properly irregular.

I then contacted the Goose Club of the Alpha Inn, the only other Holmes society in Vermont, and Bill Wicker, who headed it, was most helpful. I also had read an article in National Geographic about John Bennett Shaw and I contacted him. I still treasure the hand written letter I got from him. I applied for membership as a scion society in The Baker Street Irregulars and our acceptance is framed on my wall. This was in 1990.


IHOSE:  What are some of your favorite memories of the group?

SS: I have so many great memories. The meetings we had planning the conference is one of them. That was also true for the second conference. Our trips to the Gillette State Park, our trip to England, all the Holmes plays we have seen together. The Holmes plays my husband writes for our December meeting each year. We used to meet annually in June with members of The Goose Club of the Alpha Inn in June. I remember those meetings fondly.

IHOSE: You mentioned that Nicholas Meyer was the speaker at your group's first conference.  Tell us a little about that conference?  Do you still have conferences today?

SS: At one of our meetings at Moriarty's in Saratoga, a restaurant which sadly is no longer there, we decided that the 100th anniversaries of events in the Canon were quickly going by. We decided that we would celebrate one with a conference that celebrated Holmes return from the Great Hiatus. We would reveal that he really spent those three years in Vermont. We involved the Chamber of Commerce in sponsoring a contest about how those years were spent in Vermont. I still have copies of those stories. We also had a contest for students among other community activities.

The way we got our speakers was fun. I would read a Sherlock Holmes book and note that the author didn't live that far away and we would contact him. Our son, Paul, noted that Nicholas Meyer had just published a new Holmes book and suggested we contact him. We had the conference at Bennington College. It was very inexpensive. We had 170 attendees and gained new members for our group.

We had a second conference to celebrate our 20th anniversary. Now, whenever I say to the group, I have an idea, they all yell, "No more conferences!" because it was a lot of work, particularly since I like involving the entire Bennington Community in activities. With our second conference, we had an official Season of Mystery with many activities beyond the conference happening in the community.


IHOSE:  What is the format for your monthly meetings?  Is any month different from others?


SS: We meet at a member's home for a pot luck supper. Before we eat we have various toasts, culminating in a toast to the Master. Then we eat, but we don't have dessert until we have discussed the story of the evening. Members bring questions. Recently, we have instituted a Tantalus who sends some questions ahead of time. We have gone through the Canon several times and are amazed at how many new insights we get each time we read a story again.

We do have a few breakfast or brunch meetings throughout the year. The Master's Birthday is usually a Sunday Brunch. The July Pool Party is a brunch. As I noted earlier we used to meet in June for brunch with The Goose Club of the Alpha Inn. In later years the brunch included The Upper Valley Club from New Hampshire, but it has become more difficult to get the three groups together in the past few years. 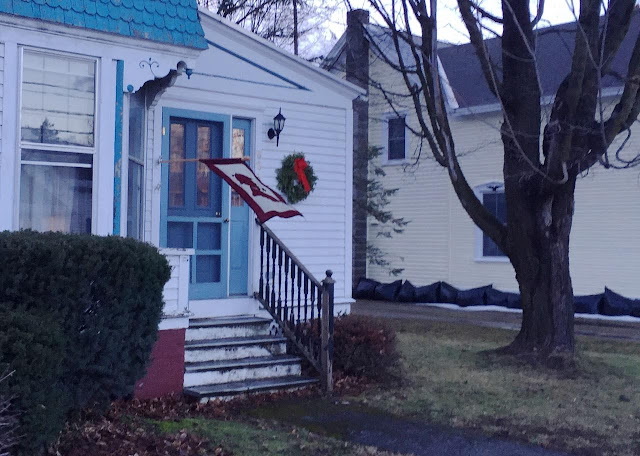 IHOSE:  You have a quarterly newsletter with the title, Groans, Cries, and Bleatings. How did the newsletter come about and why did you use that title?

SS: One of our members, Stephen Seitz started it with help from another member Rich Nethercott. The title comes from "The Red Circle" when Holmes is commenting on the newspapers he has been reading. Steve came up with the title. He did a fine job and there are many articles I would like people to see.We hope to get the old issues up on the web site. When Steve and Rich moved, they could no longer continue it, so I took it over. With the Internet, it is easier to get contributions from people and they don't have to be members of our group.

(I posed this question to Stephen Seitz as well.  His response:  The newsletter's name comes from one of the Conan Doyle stories:


“Dear me!” said he, turning over the pages. “What a chorus of groans, cries and bleatings! What a ragbag of singular happenings! But surely the most valuable hunting ground that was ever given a student of the unusual.” -- Sherlock Holmes, “The Red Circle”

IHOSE:  How did you celebrate your group's 25th anniversary?


SS: We celebrated with a range of activities. We gave two knapsacks of Sherlockian materials to the local children's library. We had four programs at the  Bennington  Free Library.  One was a presentation by Sir Arthur Conan Doyle (aka Jeffry Bradway one of our members) a presentation of two play readings by our local Bennington Community Theatre, a film showing of 100 years of different actors playing Holmes on film and a Powerpoint presentation, "The Children in the Canon," which I gave. At the Arlington Library I also gave a Powerpoint presentation of "The Women in the Canon" and at the Manchester Library, I gave a Powerpoint presentation on "Sherlock Holmes the Great Detective." We were fortunate that two regional theatres put on Holmes plays this season that we attended. We had an anniversary banquet at the local country club. We have an exhibit of Sherlock Holmes Posters and Pictures at the Left Bank in North Bennington, a local gallery.


IHOSE:  And what do you have planned for the future?


SS: We want to work more on our web site and extend our range of scholarship. We are particularly interested in encouraging children to enjoy the Canon. As we get new members we get new ideas. We have been extremely fortunate in having a combination of new and old members. We still have members who were with us on that first cold night at the Park McCullough house.


SS: The world of Sherlock Holmes is a fascinating one. It is also a welcoming one and we have met wonderful people through it. We appreciate all the contributions to our group that our members have made over the years. They each bring their special perspectives and we keep learning from each other.

For more on the Baker Street Breakfast Club, please visit their website.