"dazed at the horror of the thing" [FINA] 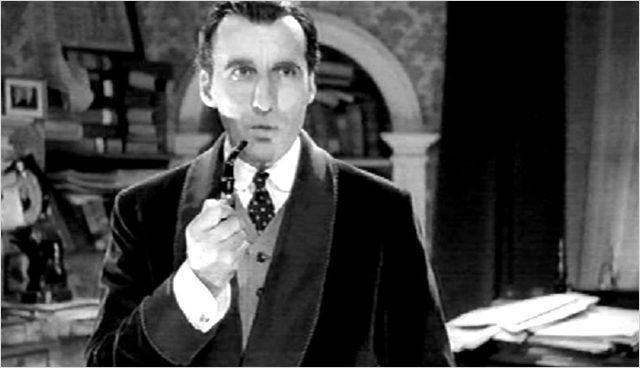 Sir Christopher Lee has died at the age of 93.

Even without horror and fantasy films, Christopher Frank Carandini Lee (1922 - 2015) would still have enjoyed an illustrious career.

The son of a British army officer and an Italian contessa, Lee served in the Second World War with RAF Intelligence and the Special Operations Executive. After the war, he pursued a film career, landing a speaking role in Captain Horatio Hornblower, R.N. (1951), when the director wanted an actor who could fence and speak Spanish. Lee could do both.

Over the next 65 years, he would record seven solo albums and appear as a guest artist on 17 more, receive a knighthood for his charity work, and amass more than 275 film acting credits. He played the villain Scaramanga in the James Bond film The Man with the Golden Gun, the swashbuckling Rochefort in Richard Lester's The Three Musketeers, the founder of modern Pakistan in Jinna, and, on various occasions, Sir Henry Baskerville, and both Mycroft Holmes and Sherlock Holmes. 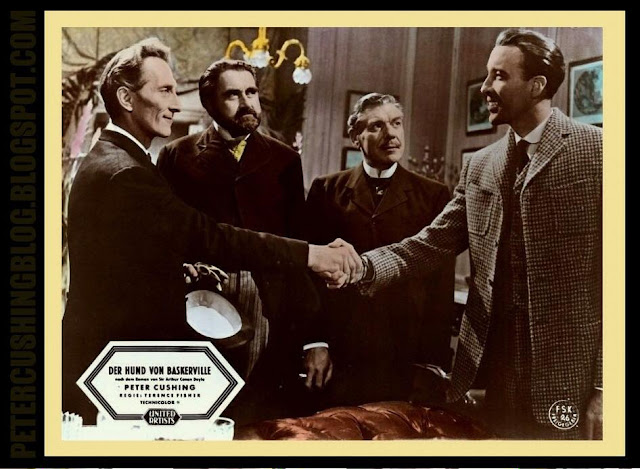 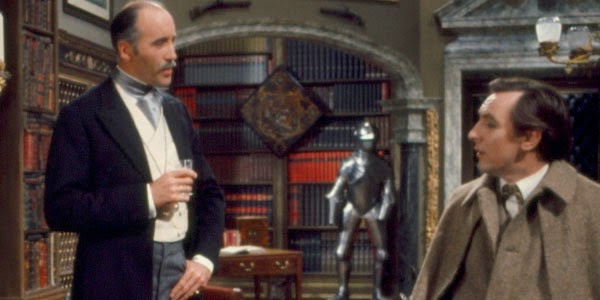 Despite his appearances (and second career) in recent blockbuster franchises like Star Wars and The Lord of the Rings, and his long association with the films of director Tim Burton, Christopher Lee's film career will likely forever be linked with the wildly successful and still much-admired horror movies he made at Hammer Films. Often appearing with Peter Cushing, Lee breathed new life into the tired black and white monster-film franchises of the '30s and '40s, ramping them up for the '50s and '60s with liberal doses of Eastmancolour blood, close-quarters violence, and panting sex appeal. 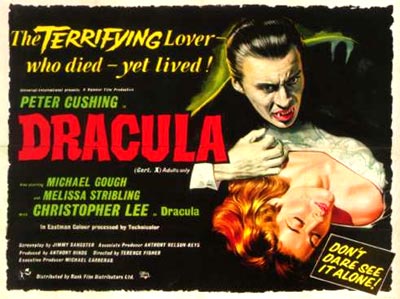 Though Cushing and Lee did indelible work as Victor Frankenstein and his Creature in The Curse of Frankenstein (1957), and as an obsessed Egyptologist and his prize in The Mummy (1959), the stalwart companions will best be remembered as the dauntless vampire hunter, Van Helsing, and his eternal nemesis, Count Dracula, in a series of Hammer vampire films that began with Horror of Dracula (1958). Lee was one of several actors, Frank Langella and Jeremy Brett among them, to have played both the Count and the Great Detective.


For a brief glimpse of the man behind the movies, take a moment to enjoy this clip of Lee and Cushing before the press, while recording the narration for a documentary on Hammer Films. The ailing Cushing could not travel to London for the recording, so Lee insisted the entire project relocate to a studio near Cushing's home in Whitstable. It was the two friends' last collaboration, and, as always, they are clearly having a ball.


Please join us in standing on the terrace for one of the last links to a golden age of Sherlock Holmes and a true gentleman. 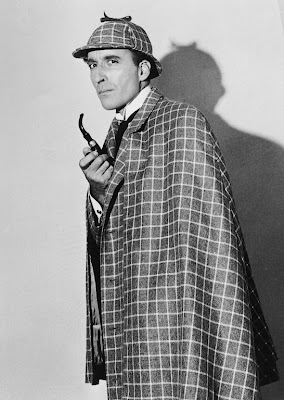