Horrors Enough Before the Night Is Over

"She listened with parted lips and shining eyes" [SIGN] 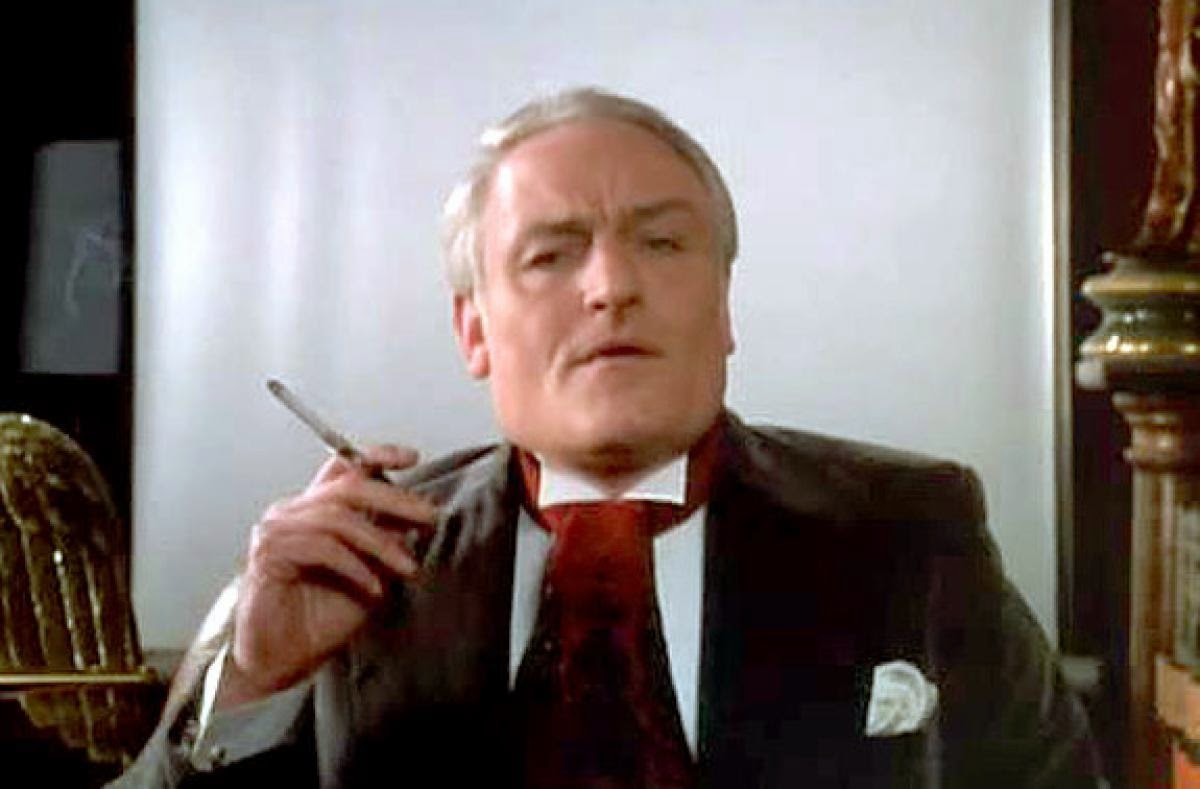 Chuckie Gray, he's okay, but he's got no neck!

If you recognize that chant, or maybe have shouted it at a movie screen yourself in the after-midnight hours, and you know what it means when there's a light at the old Frankenstein place, well, you're not a Rocky Horror Picture Show virgin any more.

(Neither am I. A certain well-known Sherlockian saw to that back in October when she escorted me to a raucous performance at one of the many theatres that show the 1975 film The Rocky Horror Picture Show each year or each month or each week, with a "shadow cast" and audience participation. The same good friend plans to have me repeat the late-night experience, as a sort of booster shot, a few weeks from now. Enough said about that.)

Chuckie, or rather Charles, Gray is the distinguished actor who played Mycroft Holmes in several of the Granada Television The Adventures of Sherlock Holmes and subsequent series 1985-1995. In Rocky Horror he is the scholarly Narrator (or Criminologist), with wing collar, cravat and cigarette holder — and, it has to be admitted, pretty much no neck. Audiences love to mock him, but then they love to mock all the characters. Gray, who died in 2000, also appeared in a couple of James Bond films and scores of other vehicles, and had a long stage career at places like the Royal Shakespeare Company. 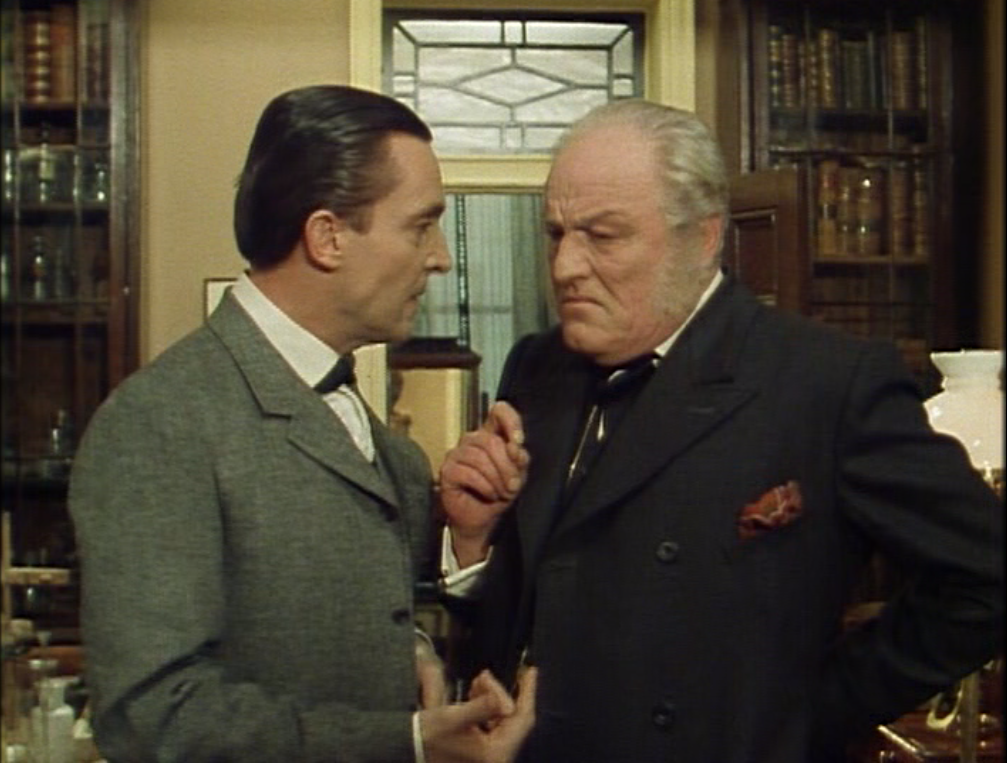 He's not the only Rocky Horror actor who appeared in the Granada series, which starred Jeremy Brett (or Charles Gray without Brett in the case of the regrettable late episode "The Mazarin Stone"). Jonathan Adams, who is Dr. Scott in Rocky Horror, played the scheming Jonas Oldacre in Granada's "The Norwood Builder."

Feverish imaginations have occasionally called for a Holmes-Rocky crossover. One fan's blog suggests a film that would be

"loosely based on "The Final Problem." Sherlock has to stop Moriarty (a global rock superstar) from dominating the music world after discovering his evil plan to delete all other recordings bar his. It all comes to a head during his final open air gig at the Reichenbach Falls."


Playing, perhaps, Touch-a-touch Me? Maybe. For the time being, Rocky Horror fans are being titillated by news of a stage version this spring of Shock Treatment, a feeble 1981 film that follows some of the Rocky Horror characters into musical comedy territory. But there's a good chance the original Rocky Horror Picture Show will be in a cinema near you some Friday night soon, complete with audience yells aimed at Chuckie — sorry, Charles — Gray.