Mr. Holmes Bakehouse Is Anything But Flaky 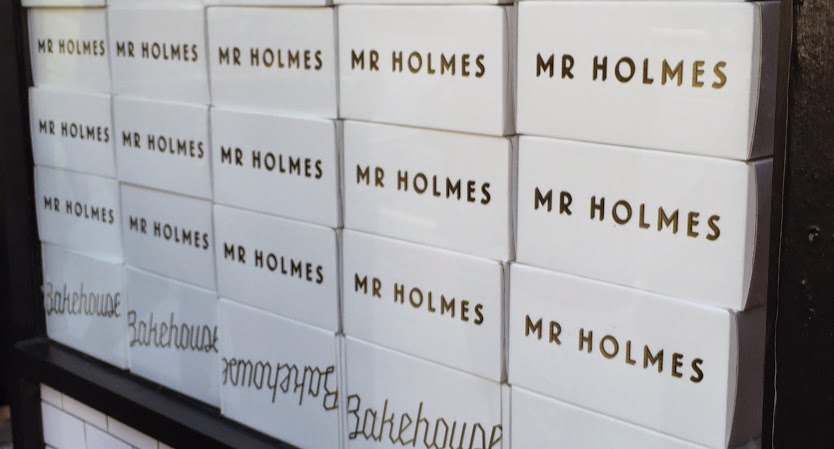 From our network in San Francisco comes this discovery: a specialty bakery called Mr. Holmes Bakehouse.

But this isn't your average bakery, oh no. Their signature item is the "cruffin" - a cross between a croissant and, you guessed it, a muffin. Perhaps there's a connection between this and the original Baker Street Irregulars, who themselves were "dirty and ragged little street arabs," [SIGN] - or what some might call "ragamuffins."

Located in San Francisco's Tenderloin district, the bakery is open "7:00 a.m. - Sold Out" on weekdays, which should give an indication of its popularity. On Yelp, their pastries have been said to give "the most ridiculously amazing foodgasm," and reviewers rave about the sushi roll inside a croissant. But it's the cruffin that draws the crowds, and if customers want one, they have to wait in a queue that forms in advance of the 9:00 a.m. daily unveiling of the cruffins, which are on sale until they disappear.

Part of the drive of the bakery's popularity is their grasp of social media. The @MrHolmesSF Twitter account is active, but their Instagram account is the star. From the artistic arrangement of their baked goods in displays, on trays and in boxes to the neon sign at the store, it's like a Hollywood set for hipsters who love taking photos of their food and its surroundings. And their 10,600 (and growing) followers - or "Holmies" - are rabid, as the daily hours attest.

After hearing and reading about it, we decided to make a trip of our own to test out the wares. We arrived at 1042 Larkin Street at 8:30 a.m. on a Tuesday morning to find a queue out the door and down the sidewalk past the boundary of the store. We politely made our way past them after ensuring that the line was solely for patrons who were seeking the notorious cruffins.

We quickly found that there was not much to the interior of the shop at all. The food display was no longer than 12 feet, arranged perpendicular to the entrance. The wall opposite had their famous "I got baked in San Francisco" neon sign, and there was a windowfront counter with standing room for three, along with four block stools. It's mostly a grab-and-go shop. 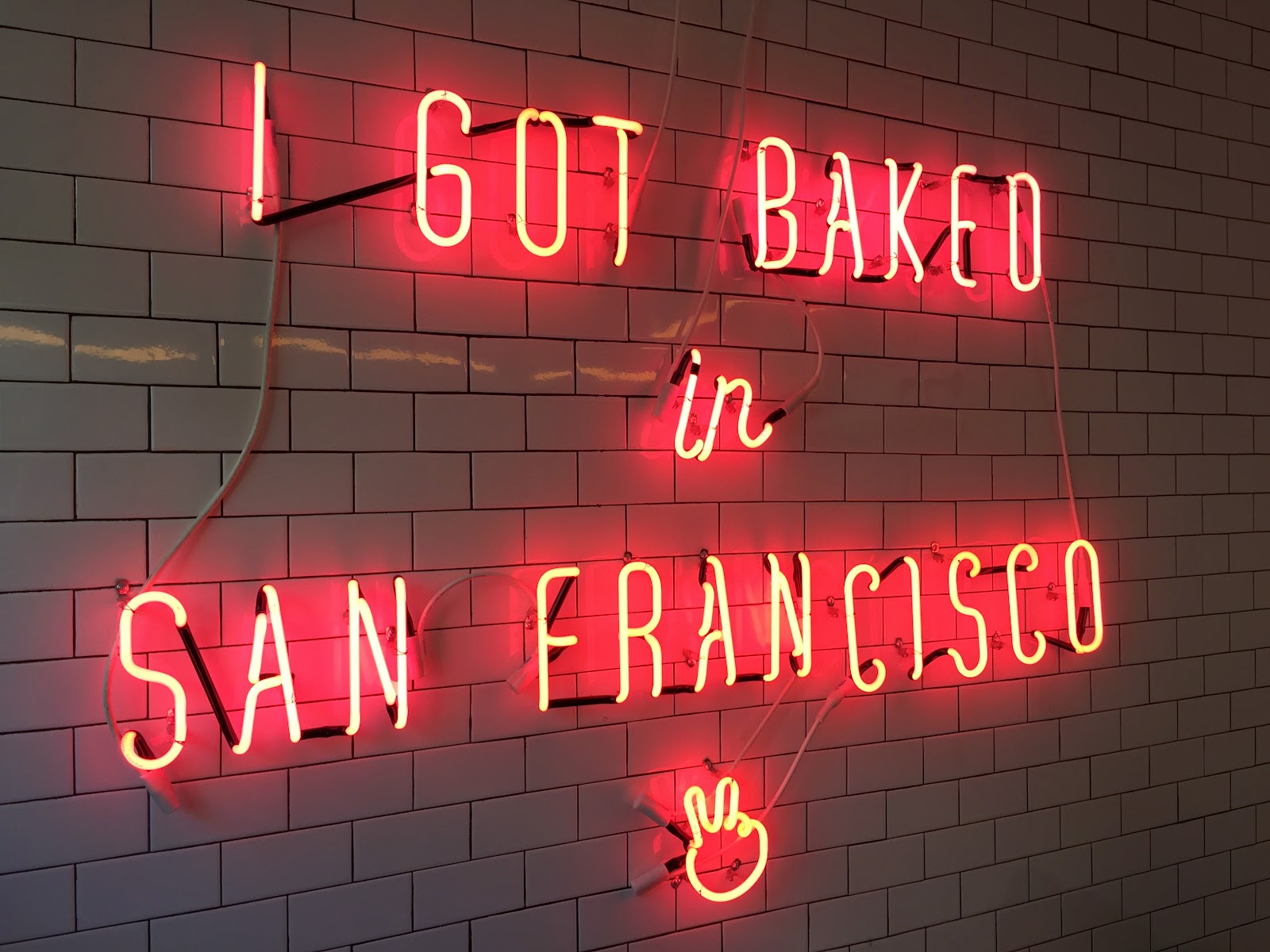 But if you've managed to take a bite into the pastries before you've stepped away, you won't want to leave. Or if you do, you find yourself wanting to get back in line. We sampled the amelie amann and caramelized banana-filled doughnuts (see below) along with a most excellent coffee. Just like Captain Jack Crocker in "The Abbey Grange," their treats "ring true every time."

We'll see if they can develop their own version of "The Six Napoleons," a "Devil's Foot" cake or a "Marzipan Stone." At any rate, the bakehouse would do well to craft a co-marketing arrangement with Ian McKellen's Mr. Holmes as it hits the theaters this summer. Odds are they'll play it low-key, just like the shop itself - which, by the way, isn't named after the famed detective at all. It's named for a cat.

While we were there, we discovered an interesting bit of timely news. As we said, our visit was on a Tuesday; the prior Friday, the bakeshop was burgled and thieves made off with what could only be described as a treasure-trove of valuables. No, not the fancy equipment, mounds of baking supplies, or wads of cash; they stole the coveted recipe books, including the cruffin recipe.

We'll see if cruffins begin popping up in other areas, but so far there have been no leads. This might be a case for Mr. Holmes himself.

Meanwhile, if we may paraphrase The Godfather, "Leave the gun. Take the cruffins."