"Jupiter is descending today. What on earth can it mean?" [BRUC] 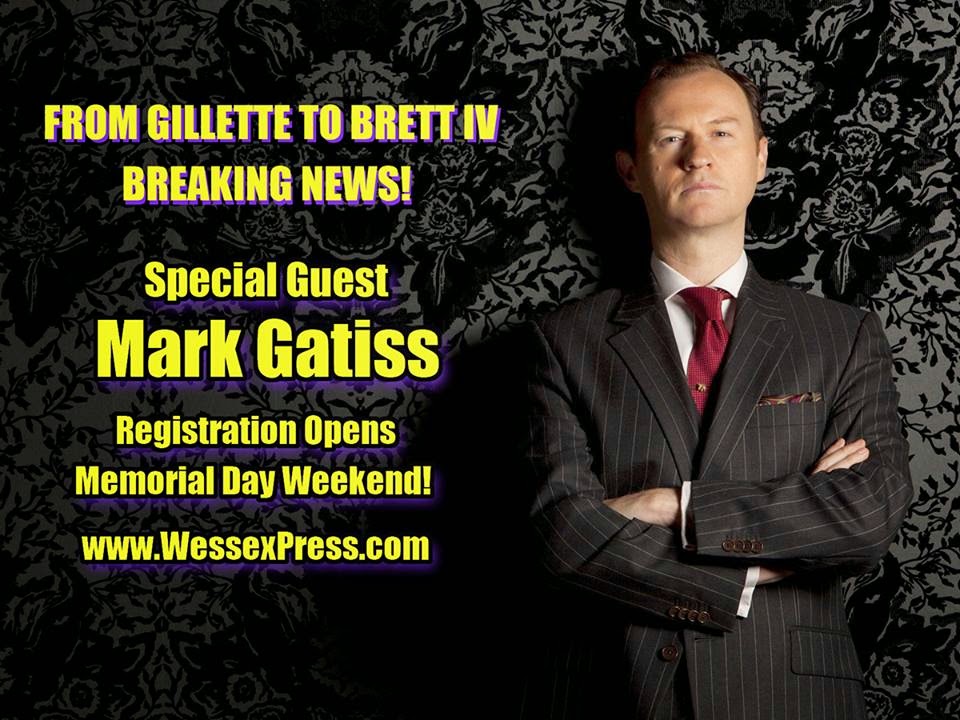 As you're probably aware, the Wessex Press is a sponsor of I Hear of Sherlock Everywhere. From their Sherlock Holmes Reference Library series to their audio recordings and more, they're a treasure trove of Sherlockian content.

But more than that, for the last decade, they've also put on the event From Gillette to Brett, where they host viewings and lectures, including some special guests, to discuss Sherlock Holmes of the stage and screen. They're now entering From Gillette to Brett IV: Basil, Benedict and Beyond, which will be held in Bloomington, Indiana from September 12-14, 2014.

So you can imagine the excitement when today, they announced a very special guest for this installment: none other than Sherlock co-creator, producer, writer and actor Mark Gatiss. That's right, Mycroft himself will descend upon us for this momentous occasion.

If you're interested in seeing the talented and accomplished Mr. Gatiss, a unique collection of Sherlockian relics from stage, screen and radio, and some of the best conference events on this side of the Atlantic, stay tuned for registration, which is set to open this weekend. 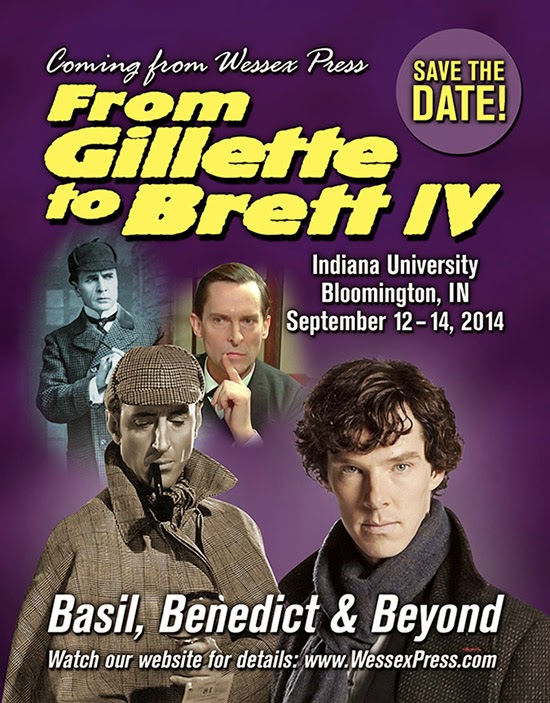 And for heaven's sake, please purchase something from Wessex Press and tell them that IHOSE sent you. It would mean a great deal to us.
--