The "Pulp-ification" of Sherlock Holmes 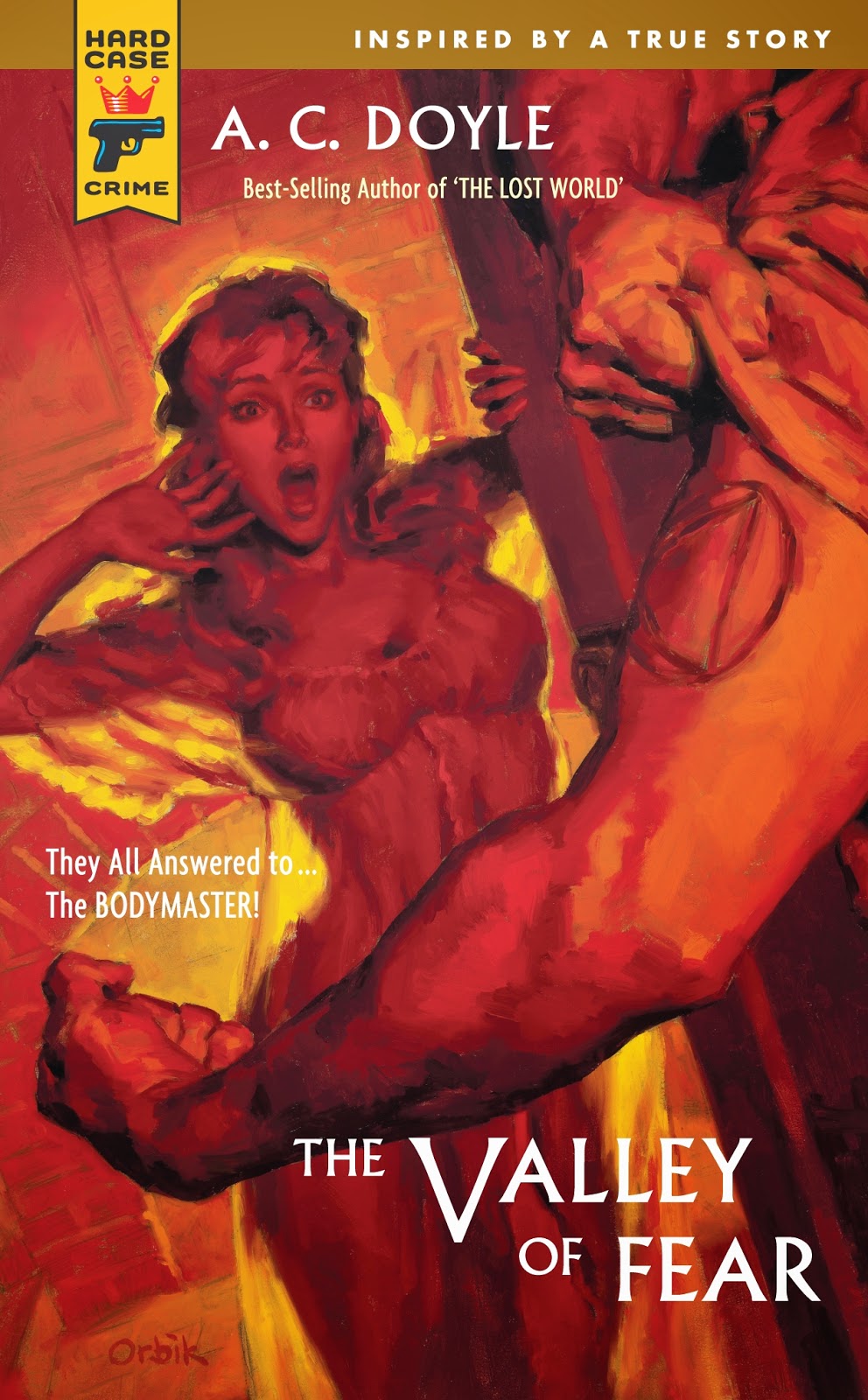 Those of our readers who collect various editions of the Canon may be interested in a new imprint/series, entited Pulp! the Classics! and published by Oldcastle Books.

Pulp! the Classics is exactly what it sounds like: the re-publication of classic works of literature with new, pulp covers. The original text remains intact -it is only the cover and the blurb that they have "pulp-ified."  Of course, many of the titles chosen for this transformation - from Dickens to Shakespeare - were already considered to be, if not "pulp" fiction, then at the very least popular fiction in their day and age, despite their prestigious status as classics in our time. Nonetheless, it is an intriguing collection.

Thus far, the imprint has only published one Sherlock Holmes title - The Hound of the Baskervilles, with, it seems, no intention of touching upon other works of Sherlock Holmes.The choice is, perhaps, not original,
given detective fiction's history as pulp fiction in the 20th century; nevertheless, for those who collect various editions of the Canon, this would form an interesting counterpart to the more expensive and prestigious editions, such as this version of The Hound of the Baskervilles from Easton Press, which has recently come to my attention as a particularly exemplary cause to make the credit card bill of yours truly weep. 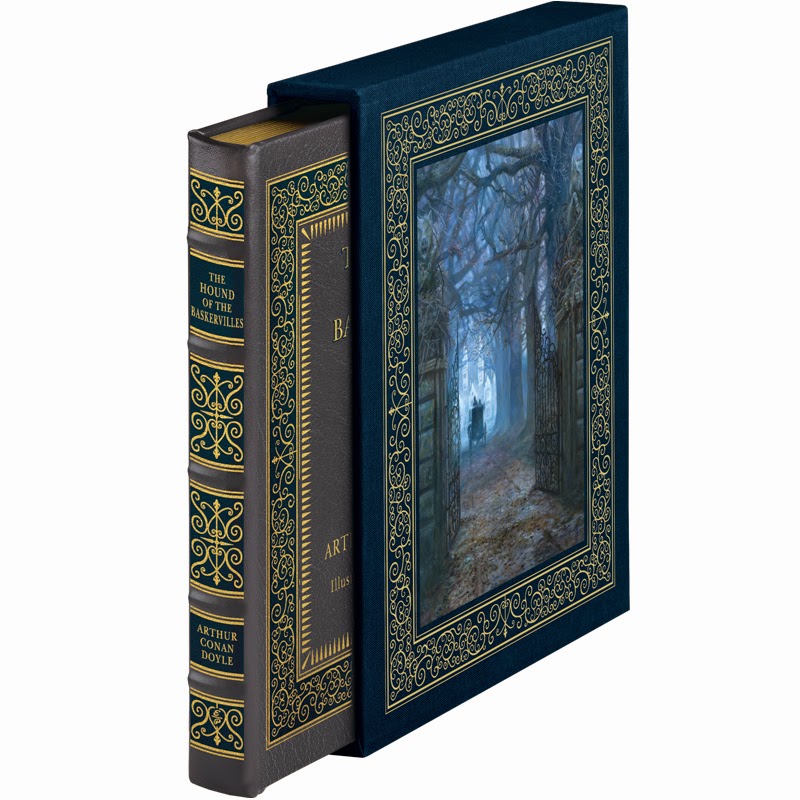 Additionally, Oldcastle Books has pulp-ified a number of Victorian titles, from The Picture of Dorian Gray to Dickens and Tess of the D'Urbervilles - providing interesting possibilities for collectors not only of Sherlock Holmes, but of Victorian literature in general.

One also cannot help but notice the striking resemblance between the pulp cover of the Sherlock Holmes novel and some old posters of Basil Rathbone films, which I present for your comparison: 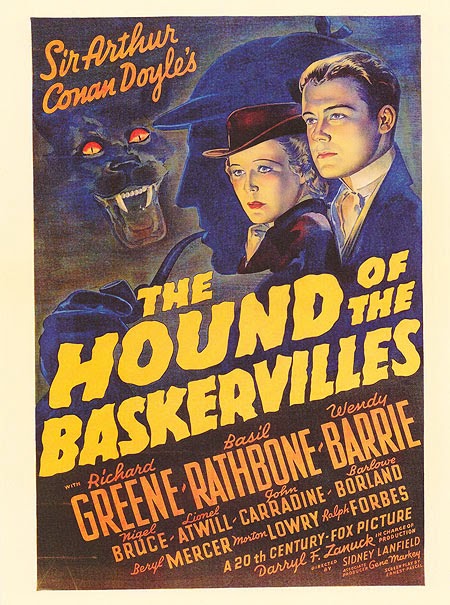 While not an entirely new effort - in 2009 Hard Case Crime repackaged The Valley of Fear similarly, in an attempt to reach readers who avoided classic books. Is this enough to consider adding one to your collection?
--