221B Con - Fandom In Its Infinite Variety

"Life is infinitely stranger than anything which the mind of man could invent." [IDEN] 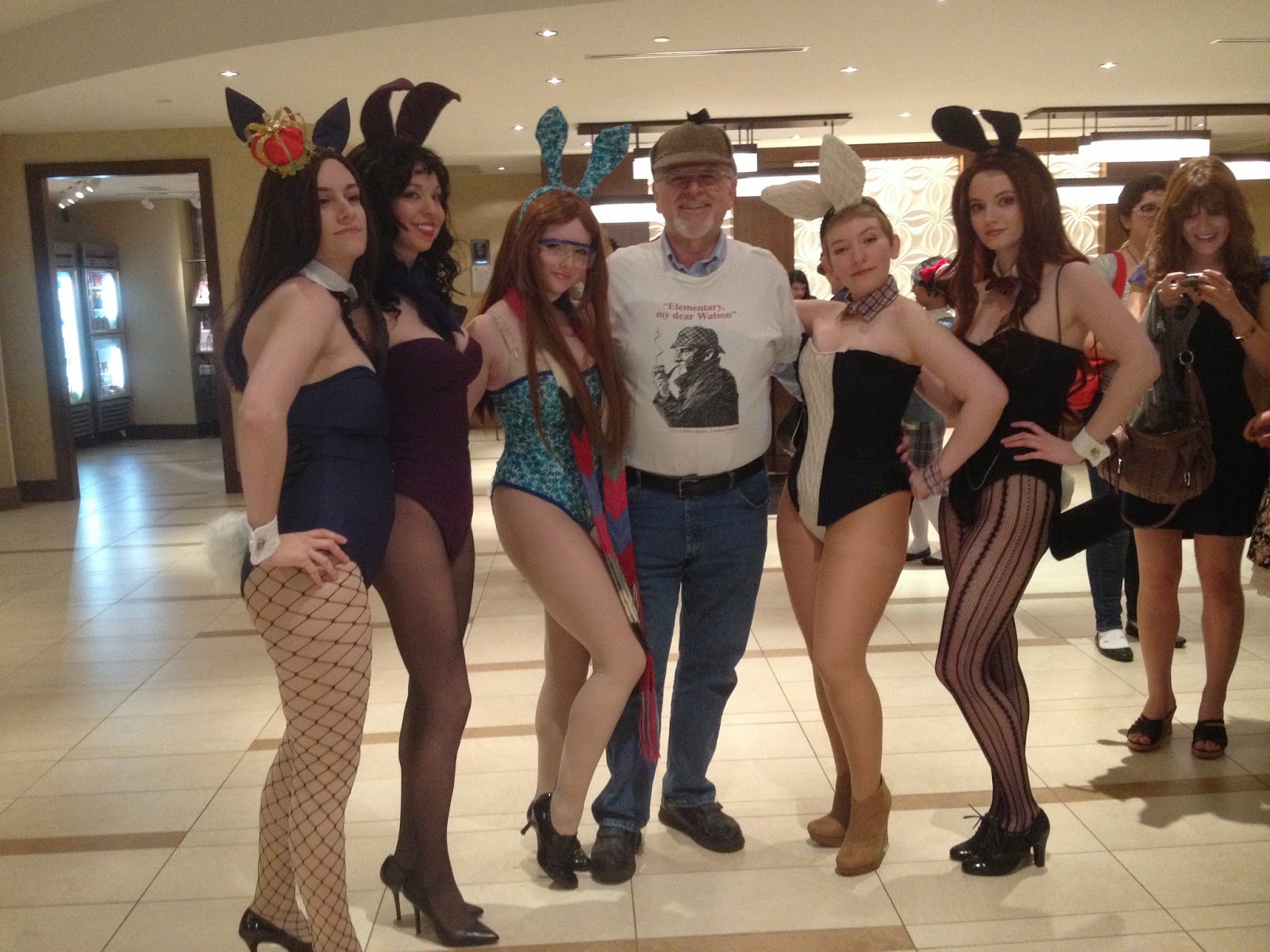 
I will admit to being a neophile – I look forward to hearing about anything new. But, alas, there is not time enough even to begin to keep up with it all. I knew that many different types of fan conventions have been held over the years – back in 1979 I was in San Francisco and accidentally walked into a Star Trek convention. As a reader of science fiction I was aware of BoucherCon.  I also vaguely knew that the genre ‘fan fiction’ existed – after all what Sherlockian doesn’t enjoy a good pastiche.

But I really didn’t know much about the fanatics who follow the BBC's Sherlock and have become devotees of the Master – and in ways surprising to this old campaigner.  The city of Atlanta hosted 221B Con on the weekend of April  4-6, 2014 with over 1,000 in attendance. Not surprising, you may say. After all, Sherlock Holmes is beloved by millions, and the BBC series as well as Elementary and the Robert Downey, Jr. movies have generated a fair amount of commentary even amongst curmudgeonly old Sherlockians who may prefer to light up a fine cigar, sip a snifter of brandy and discuss the original stories in the comfort of an over-stuffed leather chair in their club’s private library – not that there is anything wrong with that, as they say on Seinfeld.

221B Con is in its second year.  In 2013 the organizers, I was informed, expected about 70 attendees – 700 showed up! The 2014 version was, to use my 1960’s parlance, mind-blowing, a real trip, and even psychedelic! Or to use the analogy of a fellow Sherlockian who is also a Lewis Carroll fan, it was a journey “down the rabbit hole” to follow a new trail that has suddenly appeared, solely for the excitement of a surprising adventure and discovery of the unusual. A fan convention, or at least this fan convention, was a combination of presentations, panel discussions, showings of old and new SH media portrayals, book signings, an actual tea party where Mrs. Hudson (Marilynne McKay, BSI, ASH in Victorian costume) helped serve the attendees, performances by the Atlanta Radio Theater Company (shades of Friends of Bogey’s on Baker Street!) and the steam-punk band, The Extraordinary Contraptions, vendor tables and a costume contest!

Even at that 1979 Star Trek fancon there were Klingons, Spocks, Kirks, Uhurus, and McCoys in abundance. But imagine my surprise when I walked into the Marriott to be greeted by Hugh Hefner and five Baker Street Bunnies (AKA Cumber-bunnies?) and an Irene Adler straight out of BBC Sherlock, with riding crop and sheer see-through dominatrix outfit. There were plenty of Sherlocks and Johns, Marys (in their black-op spy outfits), Mrs. Hudsons and even Moose-croft and Deer-lock (don’t make me explain).  Cosplay at 221B Con goes far beyond the wearing of a deerstalker or Inverness cape seen at the annual birthday weekend in New York City.

Programs included, but not limited to: The Napoleon of Crime, Minorities in Elementary, Canon 101, Brett vs. Rathbone, Holmes Through the Years, Art in the Blood, ACD’s Other Works, From Baker Street to the Holodeck, Teaching Sherlock Holmes, History of Fingerprinting, Burke vs, Hardwicke, Russian Holmes and Sir Arthur Conan Doyle and the Occult (at which I presented a recording of a conversation with ACD from the ‘beyond’!). But most of the panels I attended were more like discussions led by the panelists with the audience than they were formal presentations.  And there was SherlockImprov, a live-action combination of cosplay and improv where the audience participated in mini-dramas created on the spot. This was not a sedate discussion of finer points in the Canon. This was 1,000 people showing their love for Holmes and Watson – not to mention a substantial sub-group showing and approving of Sherlock’s love for Watson (shades of Rex Stout who wrote Watson was a woman!). At Fandom Stats – a quantitative look at Sherlock’s fandom – I learned that approximately 35% of fan-written fiction is X-rated!

Kudos to the organizers for making The Beacon Society the official charity of 221B Con. People made donations to their favorite ‘ships’ – and we are not talking about the barque Lone Star or the Matilda Briggs. They were voting for their favorite romantic relationships – such as JohnLock, gay John and Sherlock, or Mollylock or even the time traveling crossover WhoLock! The fandom at 221B Con is all about diversity.

Every generation is free to keep green the memory of the Master as they see fit. Older generations may chafe at what they consider outlandish interpretations of Holmes and Watson. But in speaking with many of the younger, and mostly female, Sherlockians in attendance I found that as a group they were very aware of the original stories and enjoyed them immensely, that many knew of the ‘traditional’ scion societies and did participate, and were keen researchers of Doyle and all things Sherlockian.

I was very envious of a young woman who had not yet finished reading all of the original stories – she could pit her deductive skills against Holmes without being aware of the solution to a story’s conundrum. I have often wished that I could have my memory of the stories selectively erased so I could read them anew again and again. Also, as a group, many were Tumblr users - a platform where they can read and post fanfic, pictures, drawings, links, video or audio clips of their favorite actors or authors.  And while I personally will never wear a hand-knitted camouflage deerstalker, I will always defend another fan’s right to do so!