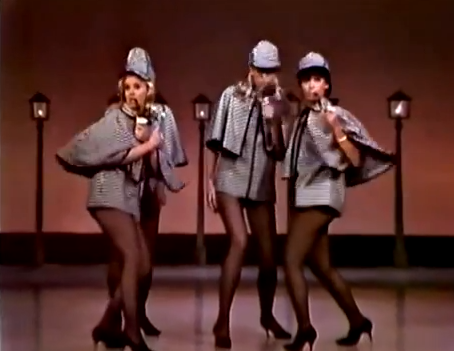 Normally, a video of Bill Cosby - even on such an historic show as The Dean Martin Variety Show - wouldn't be something we'd write about.

But in this case, when he's introduced by dancing girls dressed as Sherlock Holmes (with miniskirts!), we thought we'd have to make an exception. This is from an undated episode, but given that this bit was the basis for Cosby's 1967 album Revenge, that Cosby appeared in I Spy from 1965-68, and that miniskirts were on the rise (literally!), we'd opt for some time in  late 1967 or early 1968.

If you have any information about this episode, please let us know.

Tip of the old deerstalker to Howard Ostrom for this offbeat and excellent find.