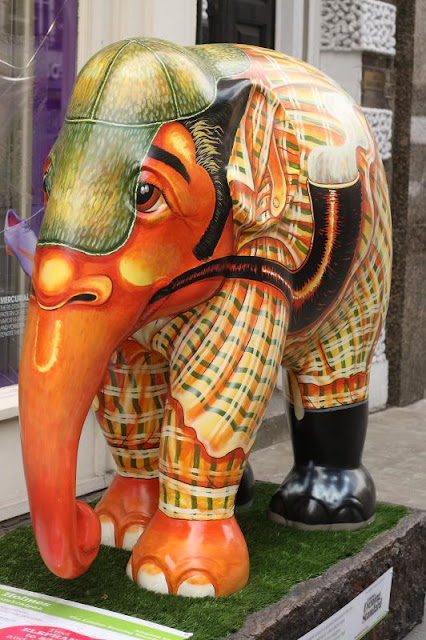 As the old adage goes, "an elephant never forgets." But if we asked you if you could remember where in the Canon an elephant is mentioned, you'd probably have a difficult time remembering. For two reasons, really: (1) you're not an elephant; (2) it's only mentioned in one story, and in that case, it was an elephant gun, not the animal itself.

Regarding elephants, this piece of news was shared in Peter Blau's Scuttlebutt from the Spermacetti Press in July:


Elephant Family (a financial support organization for endangered Asian elephants) draws attention to its work with an Elephant Parade of decorated life-size model baby elephants displayed in major cities around the world; the parade has now reached London, where 258 elephants are to be sold in an auction that will end on July 4. Cherrie Waltho has reported (and photographed) a Sherlock Holmes elephant in Baker Street (Nick Utechin notes that it's almost outside #109, which was James Holroyd's choice for 221B).

More information, along with color photographs, is available at their website at where there's also a shop that sells miniature reproductions in four sizes, from 10 cm (£27.50) to 35 cm (£199.00). The artist who created the Sherlock Holmes elephant is Turdsak Piromkraipak, and it was sponsored by the Evening Standard. The organizers are hoping for an audience estimated at 25 million, and that the auction will raise £2 million.

Evidently, the online auction was very successful, as £2.4 million were raised, bringing the grand total to over £4 million.

Here are a couple of other images of the Sherlock Holmes elephant: 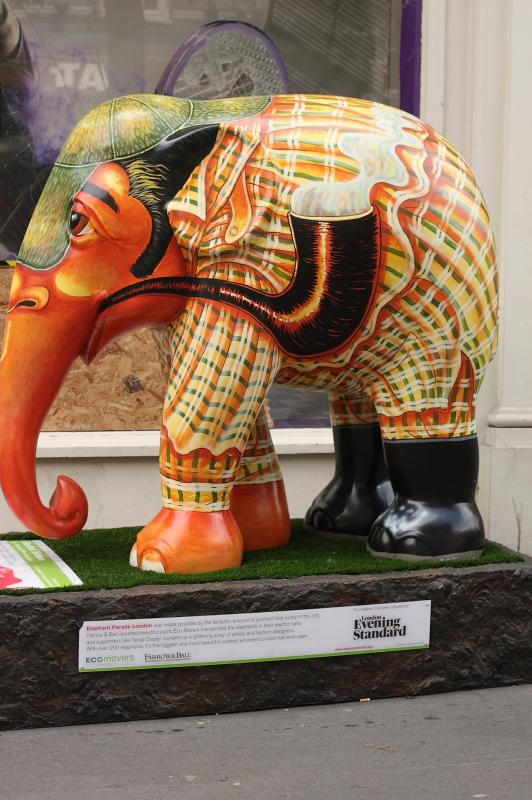 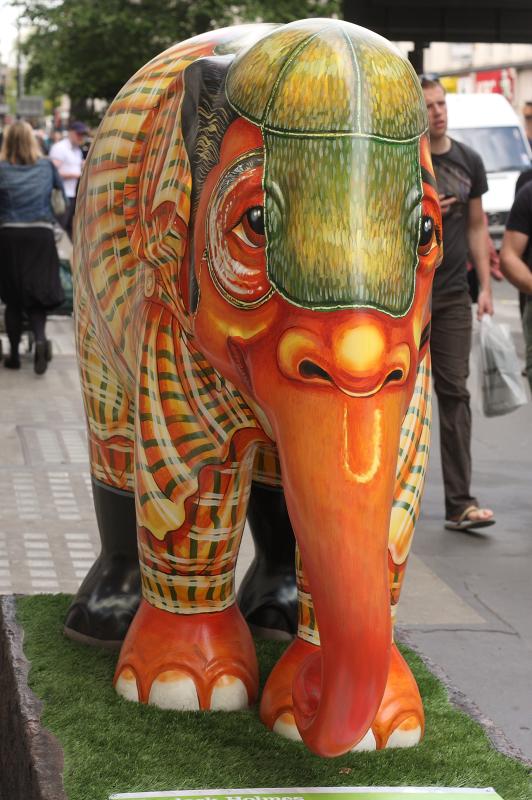 And while we're on the subject, animals are frequently mentioned throughout the Canon. Both the New Good Old Index

by William Goodrich and The Canonical Compendium

by Stephen Clarkson are indispensable for summing up categories such as this. If you don't own both yet, we highly recommend them. The links are Amazon affiliates; you might also have luck with a used bookseller.

Some of the other animals mentioned include:

Whew! Feel free to drop any others in we may have missed by leaving a comment.

Meanwhile, you can listen to our episode on Weird Animals in the Canon from Trifles: