"the finest study I ever came across" [STUD] 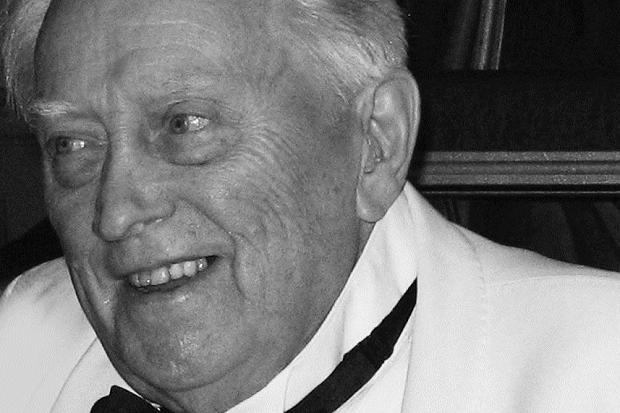 We received news of the passing of a legendary Holmesian earlier this week. Bernard Davies, BSI ("A Study in Scarlet") passed beyond the Reichenbach. Chairman of the Sherlock Holmes Society of London from 1983-86, he was a member of the Society since 1959 and an Honorary Member. He received the investiture "A Study in Scarlet" from the Baker Street Irregulars in 1985 - an exalted title, as it is one of only four investitures of the original novels, and also because it was previously held by Vincent Starrett

Davies was a prolific writer - such that in 2008, the SHSL compiled his scholarship in the two volume collection Holmes and Watson Country, which is still available for sale from the Society. One of his landmark pieces is on the location of 221B Baker Street.

But his interests didn't begin and end with Holmes; Davies was also an avid scholar of Dracula, having served as Co-President and Co-Founder of the Dracula Society. As Les Klinger

put it in the introduction of the two-volume work: "Davies's breadth of interests, research skills, and writing ability make him a national treasure."


I knew Bernard for nearly forty years, and liked and respected him immensely. A couple of years ago, when the Sherlock Holmes Society decided to publish a collection of Bernard's collected Holmesian writings I immediately volunteered to act as editor. It was a pleasure and an honour to help prepare the book for publication.

In a reasonably full acting career, he appeared just once in a professional production of a Sherlock Holmes story, when he played Norlett and Bert Stevens in Michael & Mollie Hardwick's audio dramatisation of "Shoscombe Old Place" in 1970. Robert Hardy and Nigel Stock were Holmes and Watson.

Bernard was one of the giants in our peculiar field - and in others, such as the Dracula Society. He was also a dear friend, who will be greatly missed.