The Man Who Murdered Sherlock Holmes

"If this man was murdered, how was it done?" [STUD] 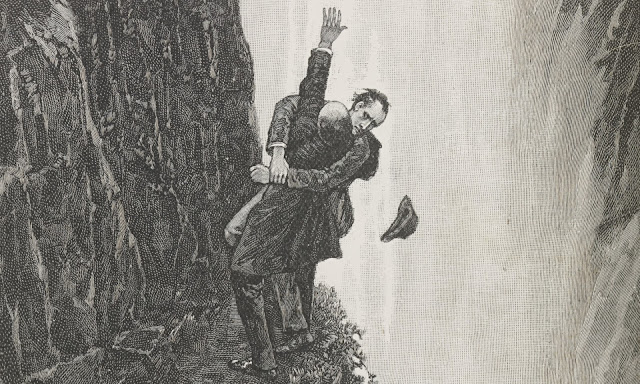 . As you may have surmised, the title refers to Sir Arthur Conan Doyle and his rather contentious relationship with his most famous creation.

According to the description of the video:


In the lead up to the launch of the SHERLOCK HOLMES movie, this 60 minute drama documentary uncovers the secrets behind the real Sherlock Holmes, looks at the possible codes within the stories, and finds that the real Holmes is more of an action hero and a surprise than most would imagine.

Interviews with Surgeons from the Royal College, literary experts and Holmes' officionados this really is a fascinating journey of discovery into the heart of one of the greatest mysteries of all time - why and who killed SHERLOCK HOLMES.

Those of you in the know may recognize a few Holmes and Doyle experts:  Owen Dudley Edwards, who edited portions of the 9-volume set The Oxford Sherlock Holmes; Roger Johnson, BSI ("The Pall Mall Gazette"), editor of The Sherlock Holmes Society Journal; and Catherine Cooke, BSI ("The 'Book of Life'"), Curator of the Sherlock Holmes Collection at the Marylebone Library in Westminster, London.


Interesting piece of trivia: when we first watched it, the video had 221 views on it. We're not sure if that was purely a Canonical coincidence or if the creators artificially set it at that number.

If you're interested in this documentary, you can buy a copy of the DVD here: The Man Who Murdered Sherlock Holmes