The Annotated Dracula is Available for Pre-order 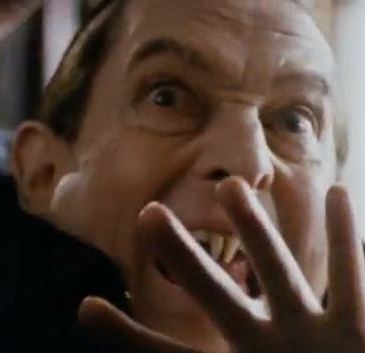 One of the most intriguing of the later Sherlock Holmes stories - those from the collections known as His Last Bow and The Casebook of Sherlock Holmes - has to be "The Sussex Vampire." The title alone arouses interest and imagination of a morbid gothic scene.

Certainly vampires have been right up there in popularity with Sherlock Holmes, with plenty of movies, novels and popular culture that center on Dracula and the like. And when you consider that Bram Stoker was an acquaintance of Sir Arthur Conan Doyle and that his novel was released in the spring of 1897 - in the midst of Doyle's hiatus from writing the Holmes stories - it fits right in with the time and place of our hero.

If you have even the most passing interest in Dracula, then you'll be happy know know this news: Leslie Klinger, BSI ("The Abbey Grange") - probably most well-known for his three-volume series The New Annotated Sherlock Holmes (which if you don't own, you should; just click the link) - just announced that his latest opus, The Annotated Dracula, is now available for preorder on Amazon.

If you're familiar with Les's fine and thorough work in NASH, you'll know what to expect from his new book. Personally, I don't know enough about Dracula or vampires - just the usual stake-in-the-heart and garlic stuff - so this will be an interesting volume to peruse.

Scott, thanks for the mention. It's the "New Annotated Dracula," not for the simple reason of copying my SH title, but because, as in the case of my SH work, I again stand on the shoulders of giants who preceded me in the study of Dracula--Leonard Wolf, among others. However, there's never been an annotated edition like this one, and I hope that you enjoy the book!