The Baker Street Irregulars, A Musical 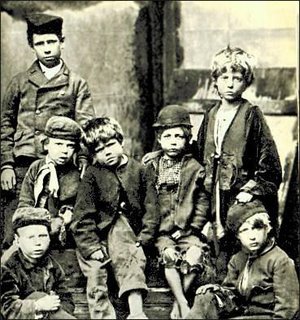 Christmas 1887 in London. The Baker Street Irregulars are a group of youngsters who act as scouts for Sherlock Holmes. They are drawn into a network of fraud, kidnapping and attempted murder at the hands of the evil Professor Moriarty, the 'Napoleon of Crime', who uses brilliant adventuress Irené Adler to perpetrate a major fraud on the Capital and Counties Bank, while he himself daringly kidnaps a wealthy American heiress on the stage of the Alhambra Music Hall. Also in the clutches of the Professor is his lover, Mary, the daughter of the bank manager, whose life is put into peril when she eventually recognises Moriarty's true nature.
The Irregulars, alerted by Irené who has also seen through Moriarty, attempt a rescue operation that goes badly wrong, but Moriarty's attempt to blow them all up is thwarted by the timely intervention of Holmes and Watson. The Irregulars even get something of which they have despaired - their Christmas dinner.


This could make a great amateur production for a Sherlockian society. If you'd like more information about the entire play, or other works by this group, check out the Cyberluvvies home page.