“some fun over this case” [STUD] 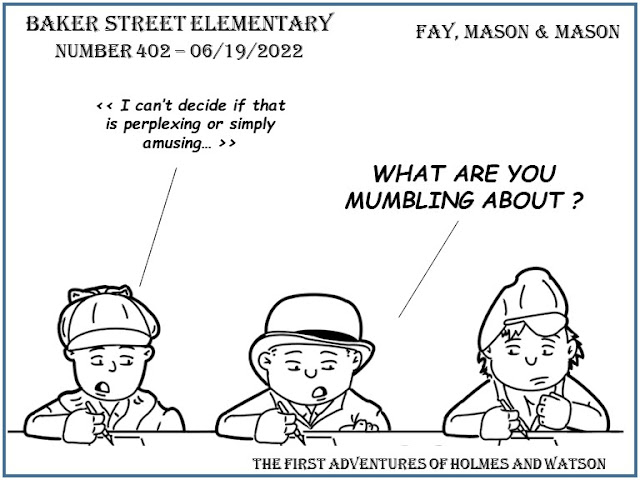 We know Sherlock Holmes enjoyed his profession. After all, he created it for himself.
He told us so in The Sign of Four:

“I crave for mental exaltation. That is why I have chosen my own particular profession,—or rather created it, for I am the only one in the world.”

But what did Holmes do when he wasn't exercising his brain, which he said rebelled at stagnation and needed to be “connected up with the work for which it was built”?
That is, what did Sherlock Holmes do for fun?
He enjoyed music, for one. At the conclusion of The Hound of the Baskervilles, he and Watson headed off to the opera:

“And now, my dear Watson, we have had some weeks of severe work, and for one evening, I think, we may turn our thoughts into more pleasant channels. I have a box for ‘Les Huguenots.’ Have you heard the De Reszkes?”

Of course, music helped Holmes process his thinking as well. We saw it in "The Red-Headed League," as he spent an afternoon “in the stalls, in the most perfect happiness, gently waving his long, thin fingers in time to the music.”
He had claimed:

“I observe that there is a good deal of German music on the programme, which is rather more to my taste than Italian or French. It is introspective, and I want to introspect.

But aside from music, we also know that he unwound and geeked out in other ways, such as trying to decipher the remains of a palimpsest [GOLD] and the study of the Chaldean roots of the Cornish branch of the Celtic language [DEVI].
To each his own, we suppose.
And that's just what's going on at recess at Baker Street Elementary... 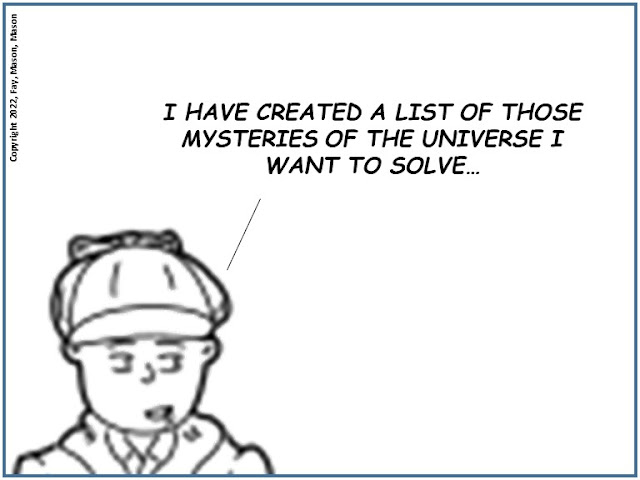 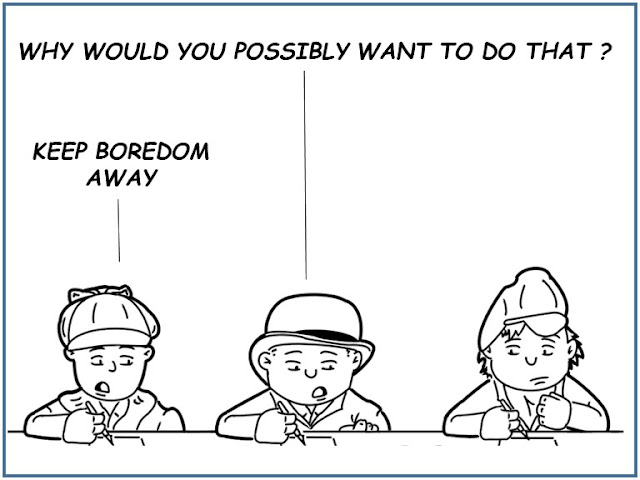 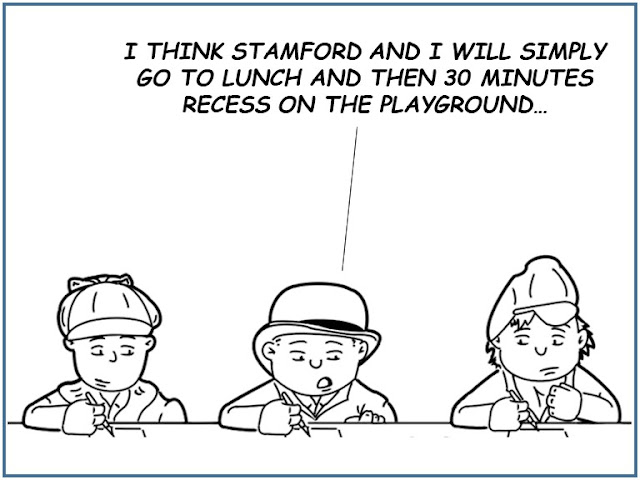 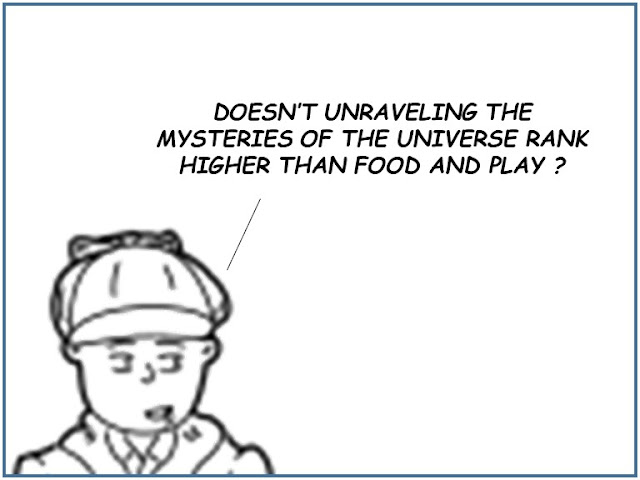 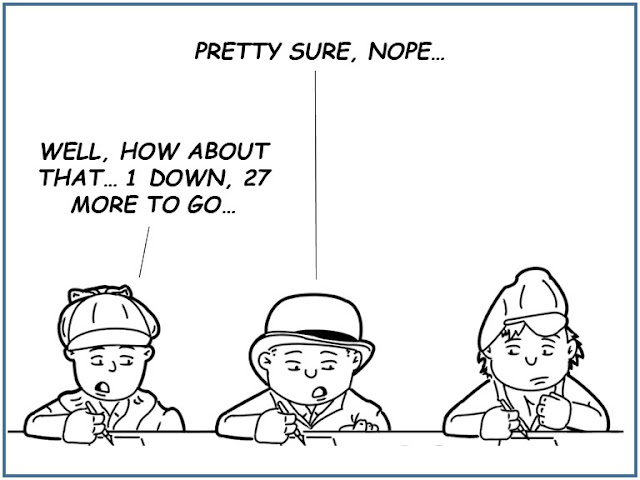