“my own small achievements” [HOUN] 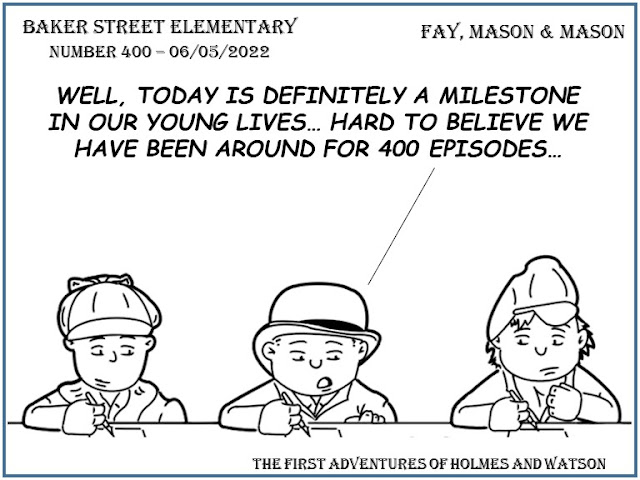 Five years ago, we welcomed the contributions of Joe Fay, Rusty Mason, and Steve Mason, BSI ("The Fortescue Scholarship") under the banner of "Baker Street Elementary," a Sherlockian comic strip in the style of Charles Schultz's "Peanuts." We've been featuring one of their strips every other Sunday since then.
Over the years, we've become familiar with the younger versions of Holmes, Watson, and Stamford, as well as occasional appearances by Ignatius (Conan Doyle), Irene (Adler), William (Gillette), and others, including a couple of podcast hosts, and their antics at the school known as Baker Street Elementary
They now mark their 400th strip from this delightful series that is housed in full on the website of The Crew of the Barque Lone Star.
Many comic strip writers churn out daily strips — undoubtedly a slog and a full-time job. But even to do this on a weekly basis shows dedication and creativity, and we're glad that these Sherlockians have both in addition to their knowledge of the Sherlock Holmes stories.
We thank them for their wonderful contributions to not only our site, but to the world of Sherlock Holmes. May they find a way to produce 400 more strips.
Let's reflect back on what is Baker Street Elementary... 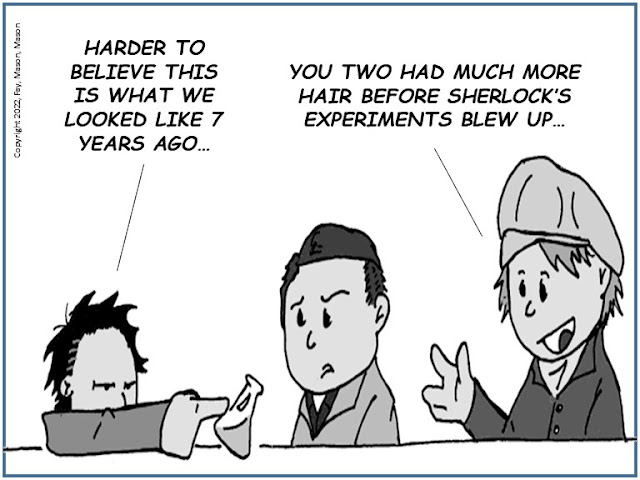 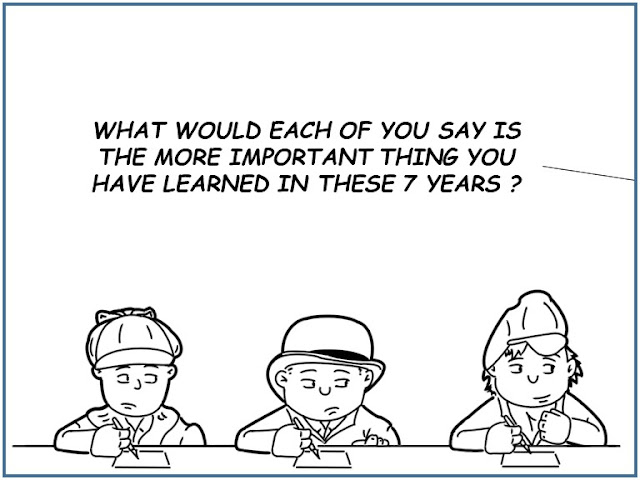 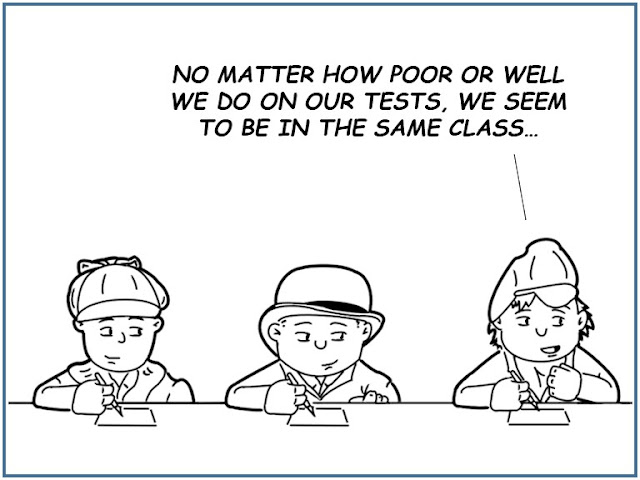 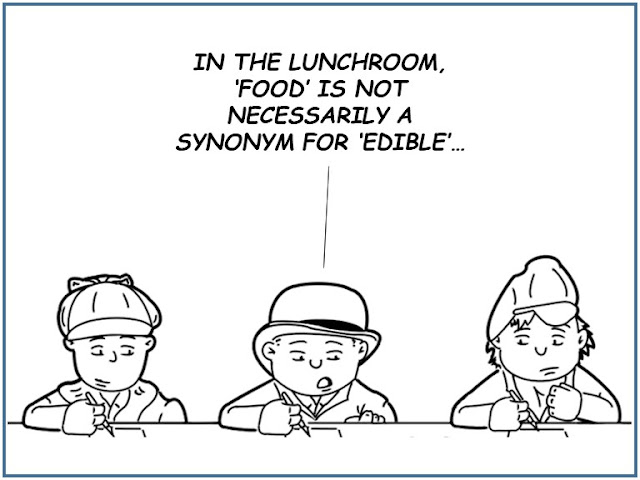 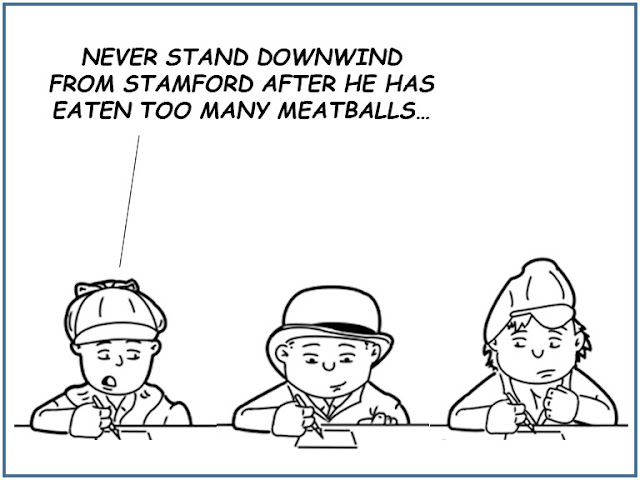 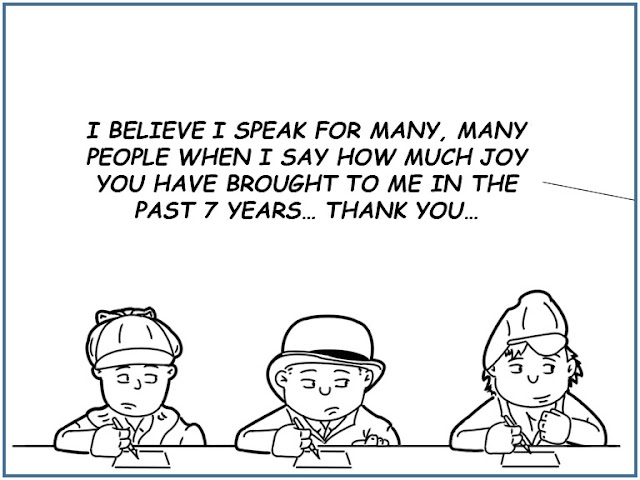 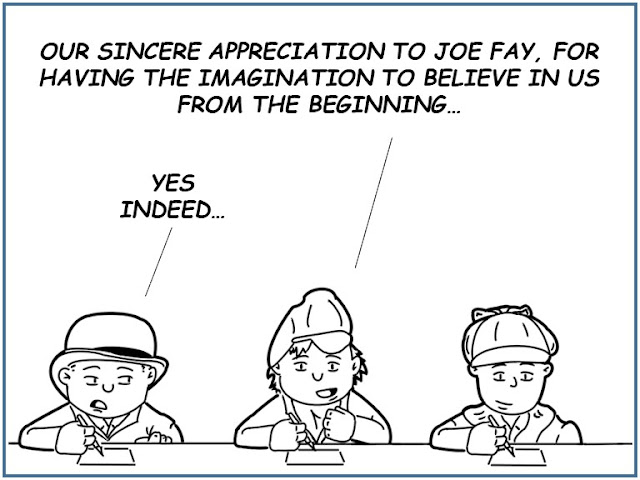 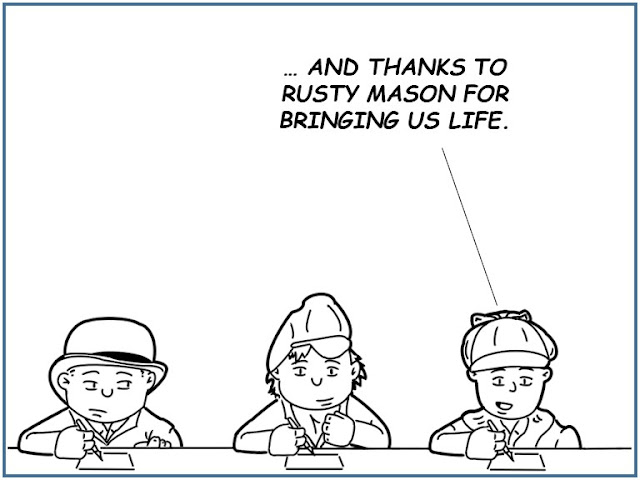