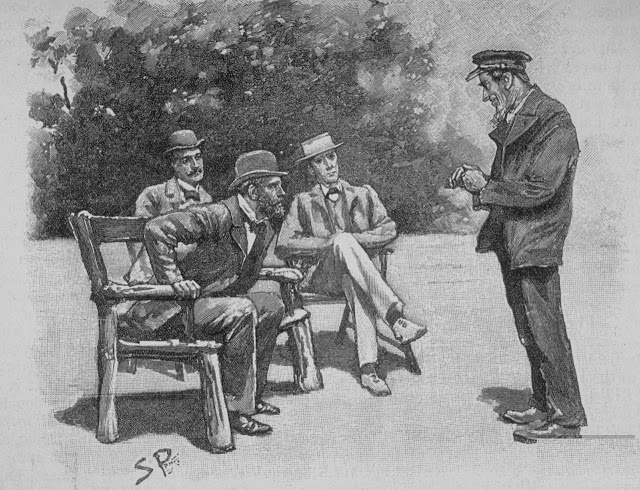 ihearofsherlock · Episode 43: Fathers in the Canon

Perhaps this is an opportunity to listen to Episode 43 of I Hear of Sherlock Everywhere again (or maybe for the first time)—an evergreen episode in which we dissect and analyze certain father figures. Interestingly, many stand-in fathers tend to be better paternal figures than biological fathers. See if you agree.

We're acutely aware  that some of the fathers in the Sherlock Holmes stories had certain dastardly deeds associated with them. Individuals such as Jephro Rucastle and Grimesby Roylott spring to mind.
But what about figures who occupied a position as head of the household who weren't necessarily fathers themselves? In Episode 24 of Trifles, we look at some of these parental units.
Sherlock Holmes: Trifles · Heads of Household
And until next year, we have the pleasure to wish you a very happy Father's Day, however you celebrate it.