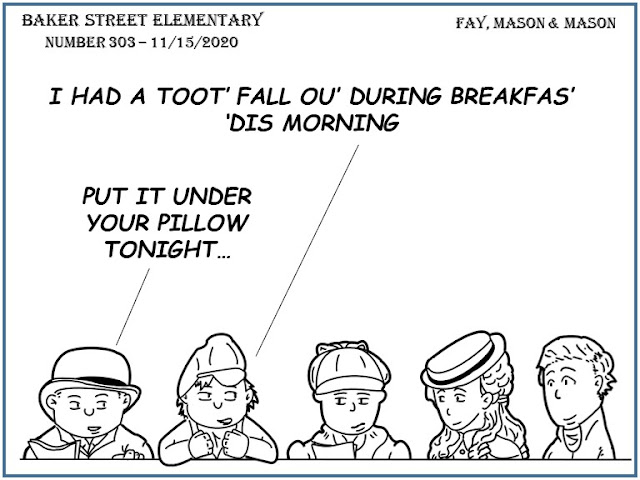 Sherlock Holmes was no stranger to the dentist's chair.
He was able to draw inferences by observing teeth. He lamented that the great unobservant public "could hardly tell a weaver by his tooth," indicating that he of course could. In "The Stockbroker's Clerk," he observed the tooth stuffed badly with gold in both of the Pinner "brothers" that gave away the ruse.
Holmes was careful about dental hygiene: as he and Watson prepared for an overnight visit at Stoke Moran in "The Speckled Band," he suggested Watson bring his revolver. "That and a tooth-brush are, I think, all that we need."
And of course, he must have visited a dentist after his altercation with Matthews, "who knocked out my left canine in the waiting-room at Charing Cross." That would have been some years before Holmes's 1891 confrontation with Professor Moriarty, as the reference was in Holmes's index in "The Empty House," after his return to London.
The visit to the dentist that Matthews caused likely resulted in the dentist taking an impression of Holmes's mouth in order to reset the tooth or replace it with an apparatus. While Holmes was in the chair, he must have remarked on the quickness of the setting of the preparation and immediately determined that he could apply it to his own work.
Recall in The Sign of Four (dated by chronologists as taking place in 1888), he demonstrated his familiarity with casts of footprints:

"Here is my monograph upon the tracing of footsteps, with some remarks upon the uses of plaster of Paris as a preserver of impresses."

It's quite likely that Holmes got the dentist's formulation and adapted it for his own purposes. However, there's no indication that Holmes considered teeth as unique as footprints or fingerprints in his practice though. Had he done so, his work on "The Norwood Builder" would have been more conclusive, as there would have been distinctive human teeth left behind in the ashes.
Meanwhile, at Baker Street Elementary, there's another impression that's been left regarding teeth... 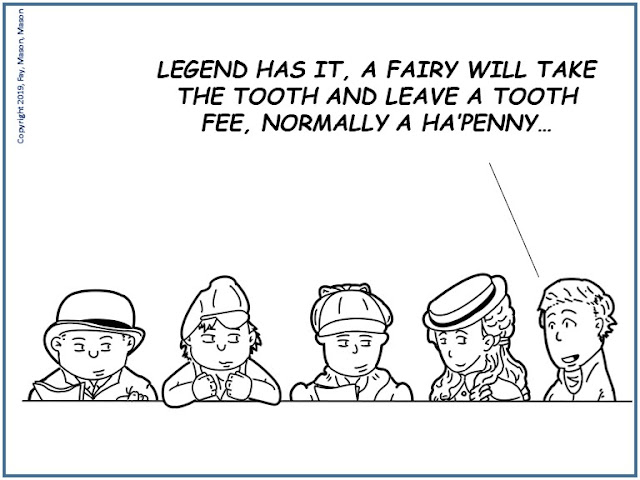 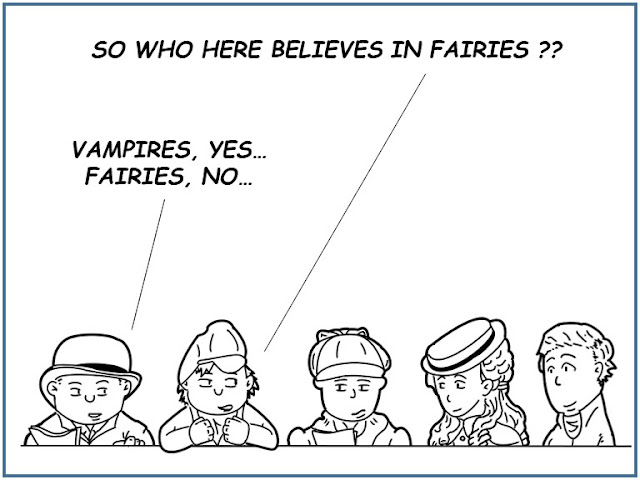 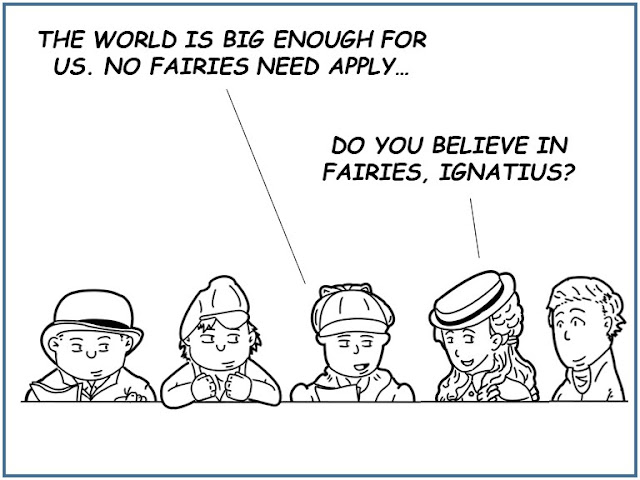 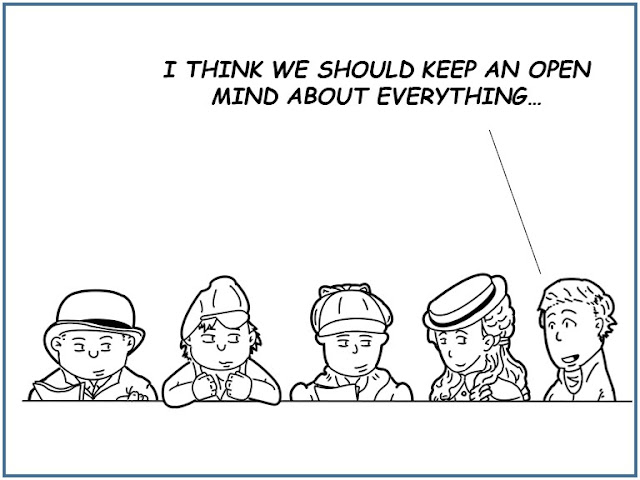 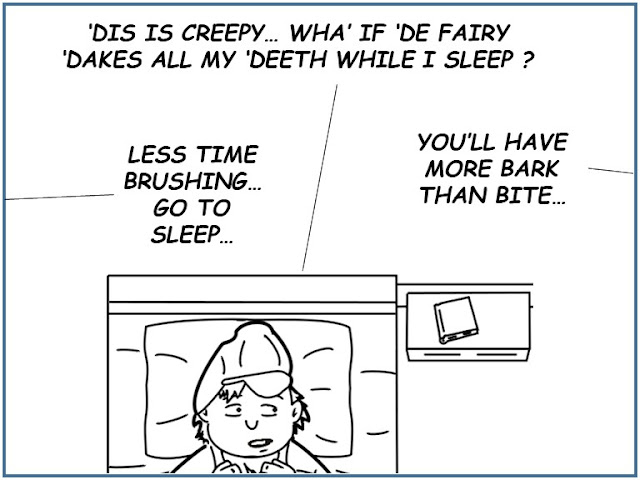