“your hand stole toward your old wound” [CARD] 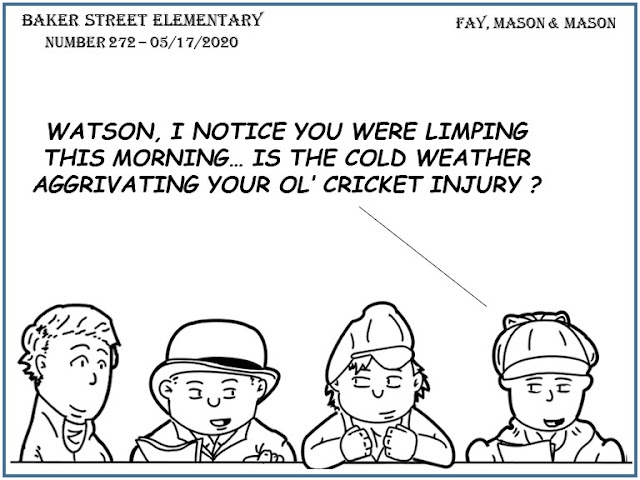 One of the most commonly debated topics in the Sherlock Holmes canon is Dr. Watson's wound. When we first meet him in A Study in Scarlet, Watson tells us about his war injury, his subsequent convalescence, his arrival in London, his spending habits that outstripped his wound pension, which in turn led to his rooming with Sherlock Holmes.

And thus was born one of the great literary duos of history. All because of Watson's injury.

In that first appearance Watson tells us that it was his shoulder that took the bullet; Sherlock Holmes's observation makes it clear:


"His left arm has been injured. He holds it in a stiff and unnatural manner."

But in the very next story, The Sign of Four, Watson claims his leg has sustained the injury:


"I made no remark, however, but sat nursing my wounded leg. I had a Jezail bullet through it some time before..."

Is Watson trying to throw us off the scent? Perhaps he intentionally misleads us in order to create confusion. Could it be that he is also attempting to cloud the enquiries of the British Army, which might be interested to know about Watson's wound as it relates to the pension he receives?

If the army discovered that Watson's wound(s) was/were more—shall we say 'delicate'?—than he initially indicated, they might have revoked his pension.

On Trifles, we discussed a couple of competing theories, one of which had a very original and creative solution to the mystery of the two wounds:

Then again, perhaps it was an old school injury first sustained at Baker Street Elementary that came back to haunt Watson... 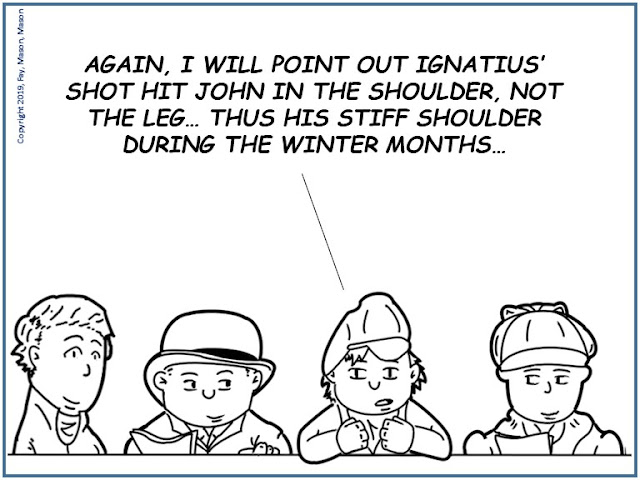 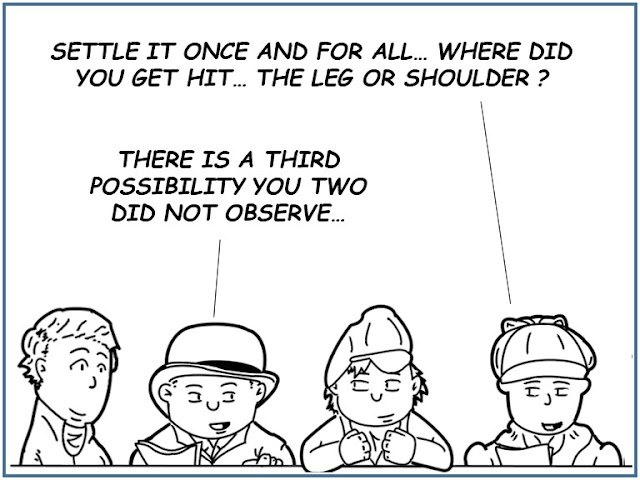 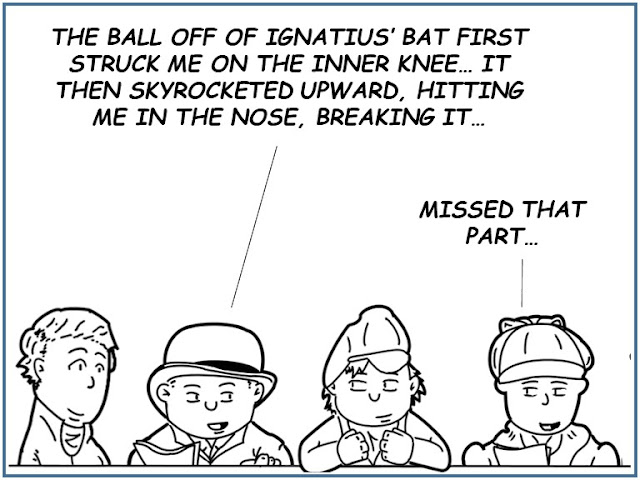 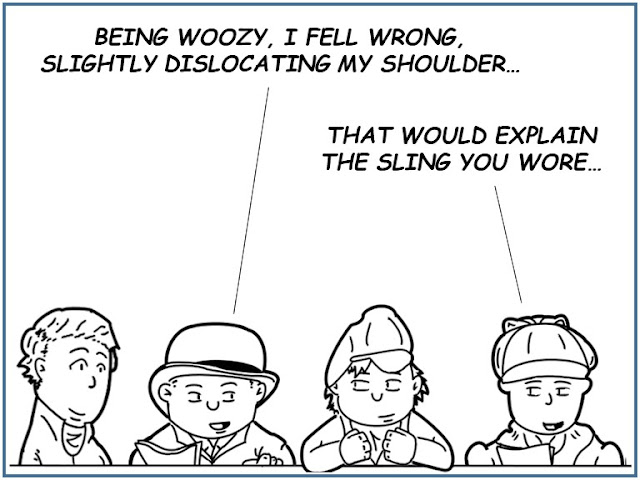 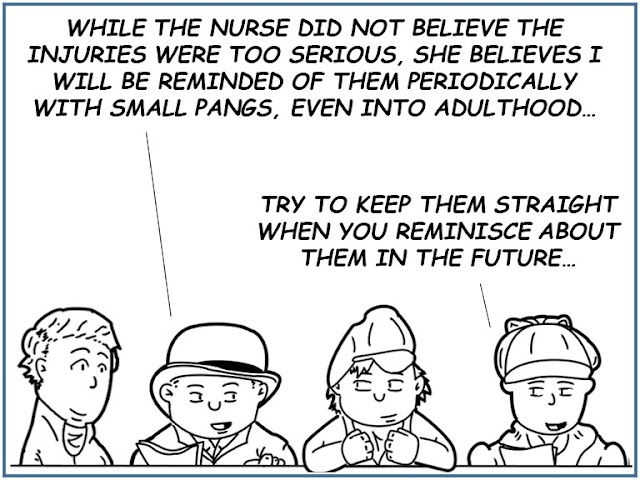 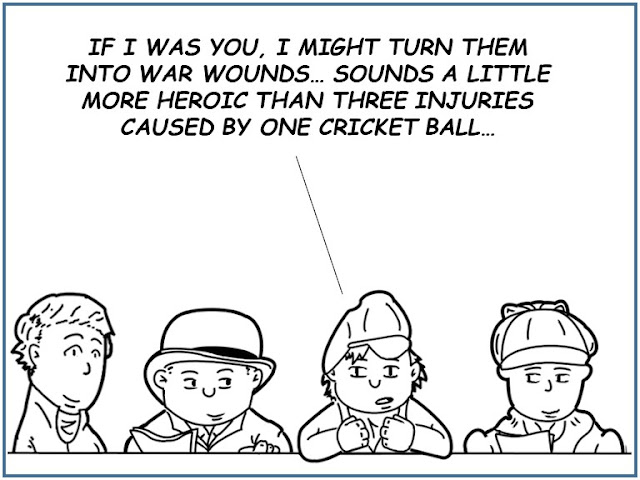