Get a 2020 Sherlock Holmes Calendar

"all covered with dates and names" [FIVE] 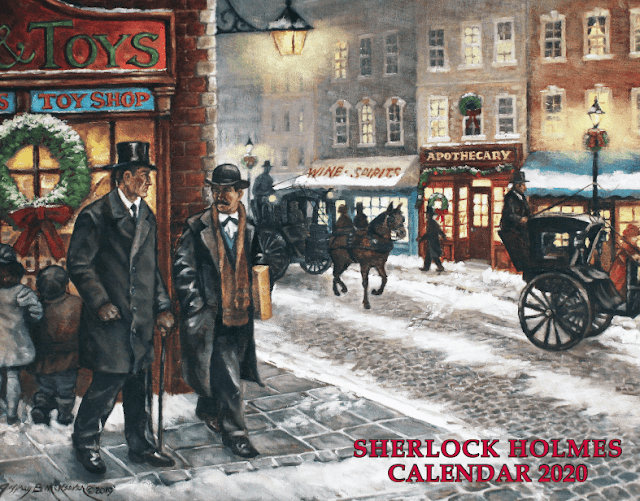 We love the idea of keeping the memory of Sherlock Holmes alive every day. Our most recent interview was with Levi Stahl and Stacey Shintani, editors of The Daily Sherlock Holmes, which takes the idea to the extreme.

The Strand Magazine has another approach — one they've been taking for a number of years now: the Sherlock Holmes Calendar.

The Sherlock Holmes Calendar 2020 goes beyond traditional Sherlock Holmes calendars we've seen previously, that have all Paget or Steele illustrations, or all purely dedicated to Basil Rathbone films or to the Granada series with Jeremy Brett.

The Strand notes that the Sherlock Holmes Calendar is consistently their bestselling item, largely due to never using the same illustrations from year to year.

This year, they have a treat in store for fans of the art of Sidney Paget, famous for first bringing Holmes to life for the original Strand Magazine. By the kind permission of several collectors, they have included the original paintings that Paget supplied to the Strand — in full color. 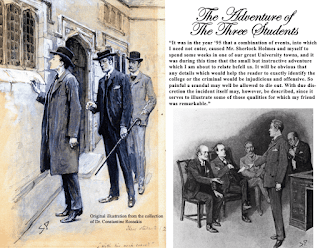 In addition to the Pagets, there is art by Jeffrey McKeever including his painting “Sherlock Holmes on the Prowl for Gift” and three other paintings that were commissioned by the Strand featuring Sherlock Holmes and Dr. Watson. Also included are paintings by our friend Australian illustrator Phil Cornell who created a tribute to "The Dancing Men," and “Sherlock on Trains.” 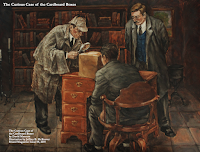 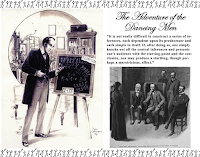 Also interspersed you'll find a number of actors who have portrayed Sherlock Holmes on the screen.

Put this together with quotes, trivia, and significant dates, and you've got a calendar that no Sherlockian should be without for 2020.

The Sherlock Holmes Calendar 2020 is a Strand Magazine exclusive, in full color, 11"×17" on glossy paper. It's printed on heavy card stock and is coil-bound so it will open smoothly and will last as collector’s item for many years to come. Limited to 300 copies.


While you're there, you may want to check out the entire 221B Baker Street Collection of gifts on the Strand site. There's literally something for everyone.