Read The Hound of the Baskervilles as Your Ancestors Did

"this long series of episodes" [SECO] 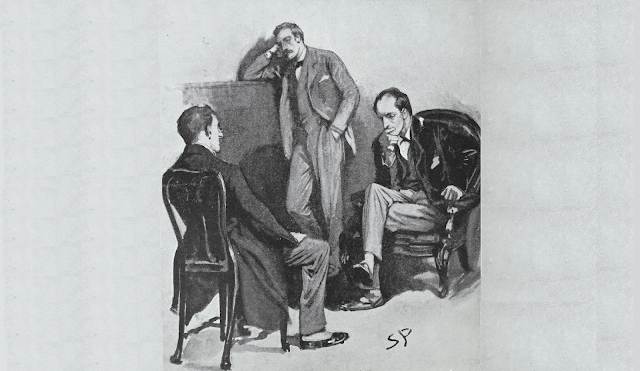 We recently received an email from Max Magee, a member of the Madison Wisconsin scion society The Notorious Canary Trainers.

In an age when we're used to binge watching (or binge reading, if you will), we tend to forget the episodic nature of the Sherlock Holmes stories. Recall that when contemporary readers picked up The Strand Magazine, they had to wait for each story or chapter in the following month's publication. Or even years between segments.

We're spoiled by The Complete Sherlock Holmes—the entire canon of Sherlock Holmes stories in one volume. So we don't need to ask ourselves if Sherlock Holmes will return after "The Final Problem." We know that "The Second Stain" or "The Copper Beeches" aren't the last story.

Sherlock Holmes fans in the early 20th century, much like Game of Thrones fans in the 2010s, had to wait for each new segment to sate their hunger. They had no idea how long they had to wait between groups of stories.

Well, Max let us know that he's sending out a series of nine emails containing the scanned PDF pages of the serialized chapters of The Hound of the Baskervilles over a period of nine months. This corresponds to the August–April publication period of The Strand Magazine from 1901–1902. Just send him an email: maxpmagee AT gmail DOT com.

In a way, it reminds us of the wonderful series that Stanford University undertook in 2006, when they reproduced the cover of The Strand and released one story per month. We wrote about it:
Be sure to sign up for Max's experiment and enjoy The Hound of the Baskervilles as your ancestors did.

You might also want to check out our interview with Andrew Gulli, the editor of the modern-day version of The Strand Magazine: