Baker Street Elementary — We Have Nothing To Fear

If there's one constant about what moves men and women it is fear.

Fear of the gods and fear of Achilles' anger was the basis of The Illiad. The Old Testament of the Bible features a God that is vengeful and is to be feared by his believers. The Gothic tales of Frankenstein, Dracula, and Dr. Jekyll and Mr. Hyde all trade on our fears—real or imagined.

The Sherlock Holmes stories as a whole are classified as mysteries, and a number of them contain elements of fear as part of the plot. From the Avenging Angels of A Study in Scarlet to the savage Tonga in The Sign of Four, we're introduced to unknown and unfamiliar elements, making us unsure and afraid.

By the time we reach the short stories, there are plenty of things to fear: the unseen hand of the KKK in "The Five Orange Pips," Jephro Rucastle's hardened grin of rage and threat to throw Miss Hunter to the mastiff in "The Copper Beeches," and the hostage situation at The Myrtles in "The Greek Interpreter," to name a few.

Conan Doyle had a way with words, and from the descriptions of houses to the settings of nature, he was able to effectively make us feel just as terrified as his characters.

Take this scene in "The Speckled Band" with this exchange between Sherlock Holmes and Helen Stoner:


“I am glad to see that Mrs. Hudson has had the good sense to light the fire. Pray draw up to it, and I shall order you a cup of hot coffee, for I observe that you are shivering.”
“It is not cold which makes me shiver,” said the woman in a low voice, changing her seat as requested.
“What, then?”
“It is fear, Mr. Holmes. It is terror.”

And you must be made of stone if the hair on the back of your neck didn't rise at this exchange in The Hound of the Baskervilles:


“He said that there were no traces upon the ground round the body. He did not observe any. But I did—some little distance off, but fresh and clear.”
“Footprints?”
“Footprints.”
“A man’s or a woman’s?”
Dr. Mortimer looked strangely at us for an instant, and his voice sank almost to a whisper as he answered:—
“Mr. Holmes, they were the footprints of a gigantic hound!”

Other stories based on fear, terror, and dread of the unknown that immediately spring to mind: "Wisteria Lodge," "The Sussex Vampire," "The Blanched Soldier," "The Devil's Foot," and "The Creeping Man."

Oh, and let's not forget an entire novel called The Valley of Fear.

Perhaps you have others to name.

Meanwhile, let's see just what it is that's scaring the boys at Baker Street Elementary... 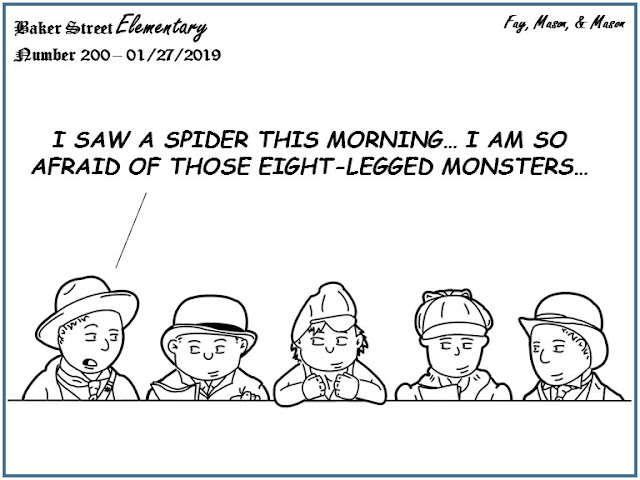 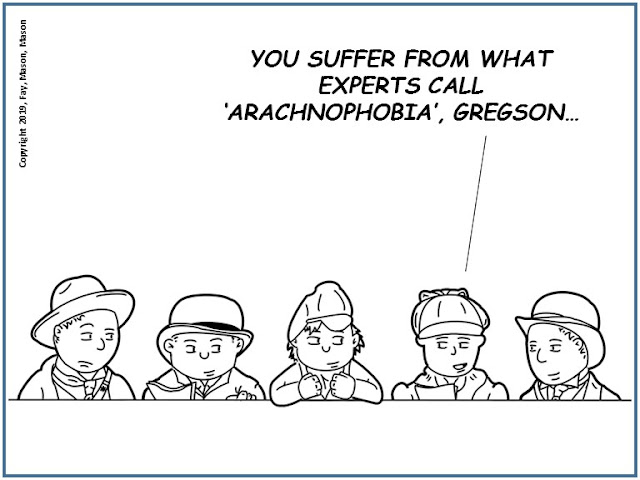 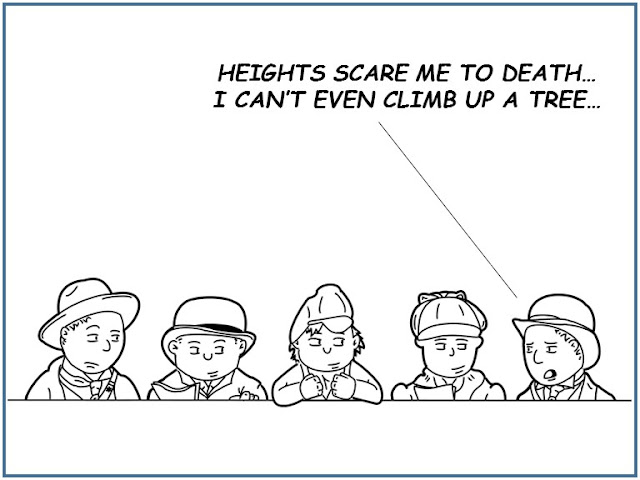 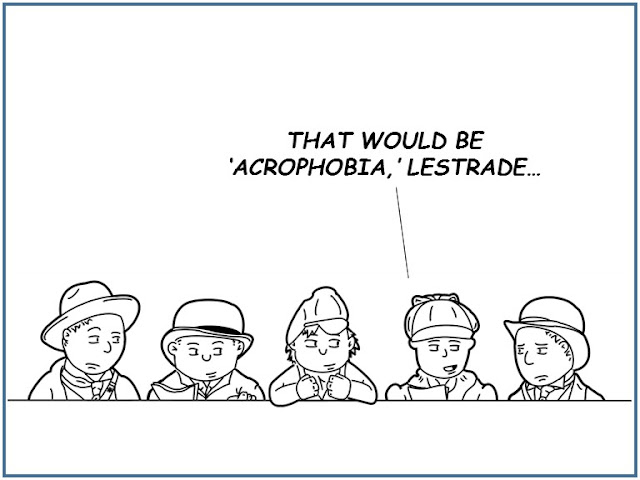 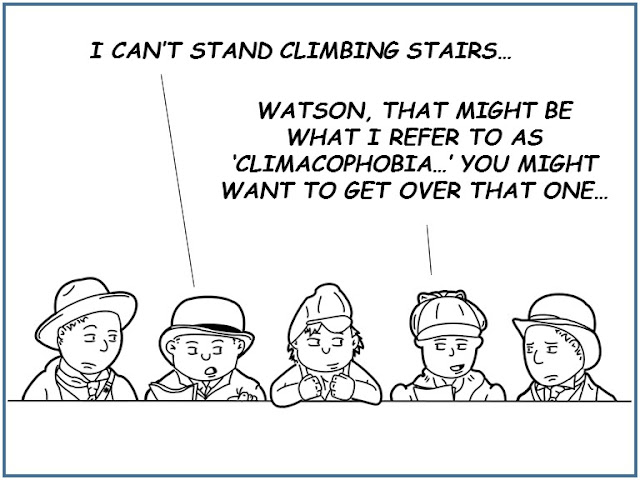 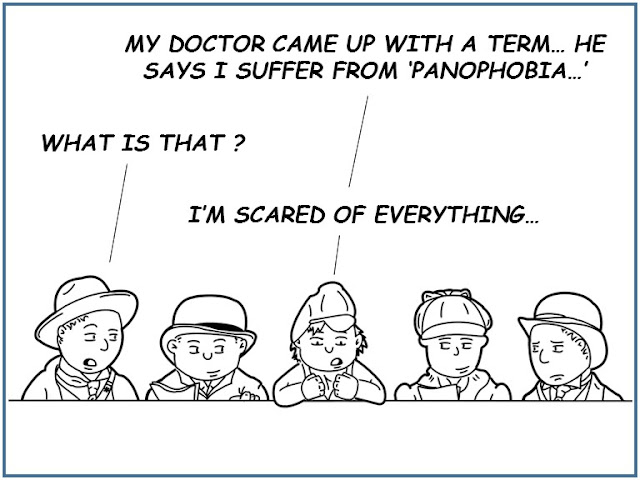