Jack Benny and the Hound of the Baskervilles 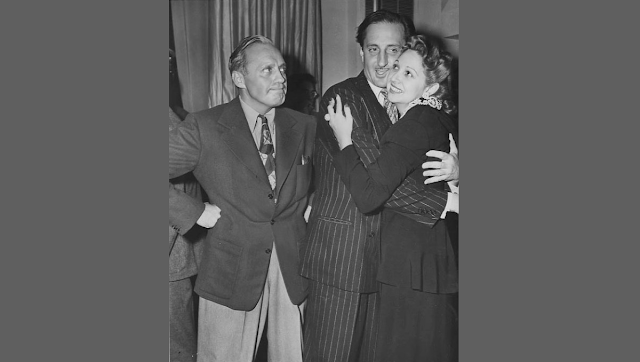 We've mentioned Jack Benny previously on our program (see Episode 92, beginning at 3:26). The legendary Hollywood entertainer's career spanned vaudeville, radio, television, and film, and he was noted for his uncanny timing.

Part of the attraction of Jack Benny's persona was that he was always being upstaged by his co-stars Mary Livingstone (his real-life wife), his butler Rochester, his orchestra leader Phil Harris, his announcer Don Wilson, and even his violin teacher, Professor Le Blanc (played by Mel "Man of a Thousand Voices" Blanc). Jack was supposed to be a cheapskate who didn't know the first thing about anything.

All of this was even funnier because in real life, Jack was one of the most generous people in Hollywood who knew everything about comedy there was to know (and quite a bit about music). A raised eyebrow or a slight turn of the head with a deadpan look at the audience could turn everything upside down.

So imagine when Jack and his ensemble were able to stage their own version of The Hound of the Baskervilles as Jack was planning to return to his hometown of Waukegan, IL. This show was originally broadcast on June 11, 1939 - just two and a half months after Twentieth Century Fox released the Basil Rathbone / Nigel Bruce version of The Hound of the Baskervilles on March 31, 1939.

Check out the Benny Two Tickets for the Price of One players in this very different tale. Any sketch with Andy Devine as the Hound is required listening.