"as smooth and suave as his countenance" [CHAS] 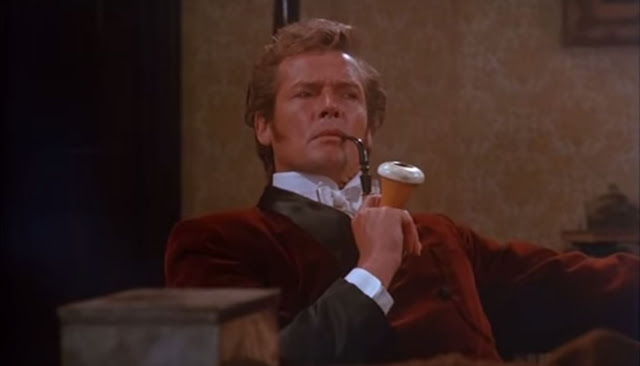 Sir Roger Moore has passed away after a short bout with cancer, according to his family. He was 89 years old.

The actor was most famous for his turn as James Bond in the 1970s and 1980s, filling the rather large shoes in which Sean Connery trod in six films before him. He of course also famously played Simon Templar in the television series The Saint in the 1960s. Two great figures in the mystery genre.

But audiences in these parts also know him for another mystery role, one which may be a bit more obscure to the non-Sherlock Holmes fan: specifically his role as Sherlock Holmes in the 1976 made-for-television movie Sherlock Holmes in New York, with Patrick MacNee as Dr. Watson, Charlotte Rampling as Irene Adler, and John Huston as an unpologetically American-Irish accented Professor Moriarty. 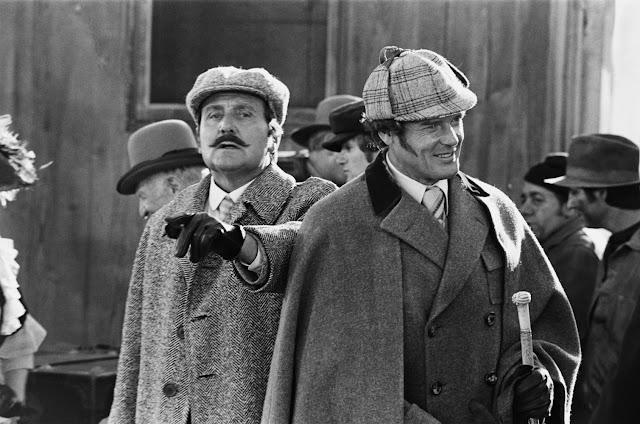 Moore had a predilection for crime-solving — one might even call it "art in the blood." [GREE] In The Television Sherlock Holmes, Peter Haining relays the following:


"As the son of a London policeman, Roger Moore has always been interested in law and order, and indeed has only ever played 'good guys' in films. And despite the fact that he is one of the few actors not to have read all of the adventures of Sherlock Holmes before he played the part, his admiration for the character is considerable."


But convincing Moore to take on the role was not an easy one. According to Chris Steinbrunner and Norman Michaels in The Films of Sherlock Holmes, he was eventually convinced by the script:


"Holmes comes to life in this story. I wear a number of different disguises and this appeals to me. I have a love affair with a beautiful actress who has a nine-year-old son named Scott and we learn that Holmes's middle name is Scott. And, of course, there is Moriarty threatening to steal all the gold in the world. But what I like most about playing Holmes is that there is more dialogue in this script that I have ever had in 120 'Saint' episodes and two 'Bond' films." 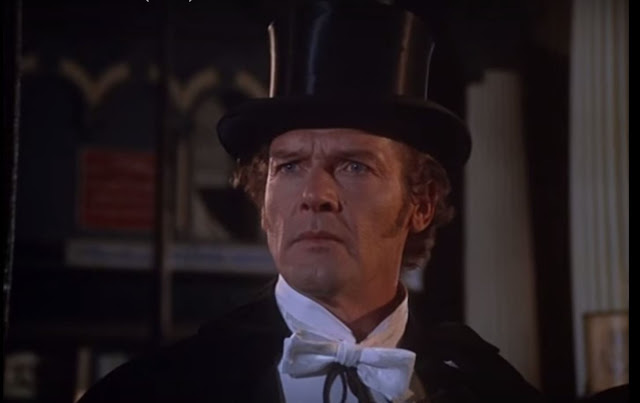 
"Moore and Patrick MacNee provide attractive variations on the familiar characters. Moore's Holmes, in fact, has a dash of the debonair and the worldly...that sites well on the great detective. After Moriarty, in his rococo lair, threatens Holmes with a trap door, flying daggers, and a crashing chandelier, the great detective calmly remarks, 'A pity about the chandelier; it was the only item in the room that showed the merest modicum of style.' And when Sherlock and the lady in distress have their moments, there's an undertone of emotion new to Holmes sagas...Under Boris Sagal's direction, this is first-class entertainment." 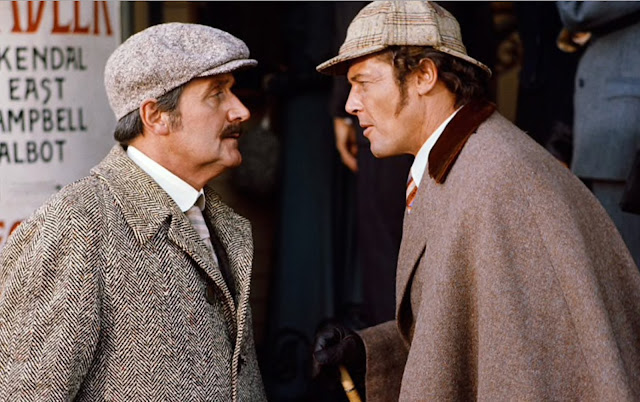 You can watch Roger Moore in Sherlock Holmes in New York on YouTube:


While we weren't able to book Sir Roger for an interview on I Hear of Sherlock Everywhere (we tried!), we will still hold dear the memory of him as Sherlock Holmes in New York. 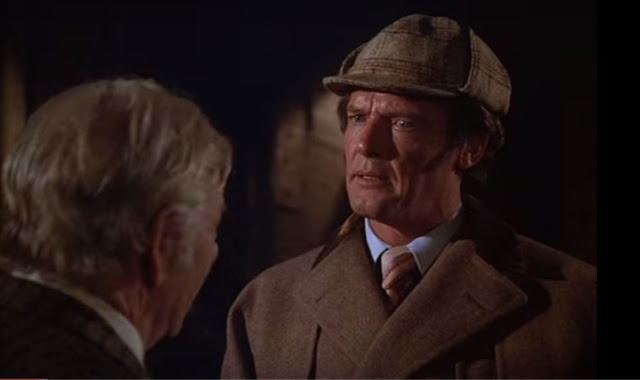