"we were all little boys together" [NAVA]

In a recent episode of I Hear of Sherlock Everywhere, we debuted a feature called "Unnecessary Pastiche Censorship." Okay, okay — Episode 118, to be specific. At exactly 5:14, if you must know. Oh, alright. Here's a clip.

Well, two of our 10 fans must have been listening, as it has resulted in the boys at Baker Street Elementary chattering about it in the schoolyard. They've taken the concept to a new level and have decided that rather than having to suffer the slings and arrows of the original works of William Shakespeare, they're spicing things up a bit with the censor's trademark.

And no need to worry; it's nothing nearly as profane as The @#%*ing of the Shrew... 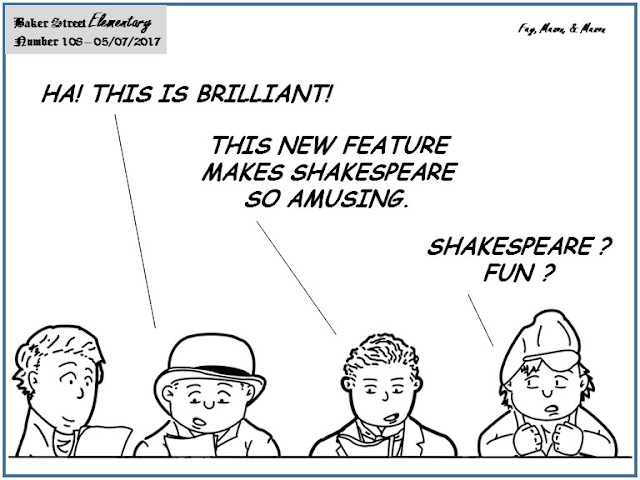 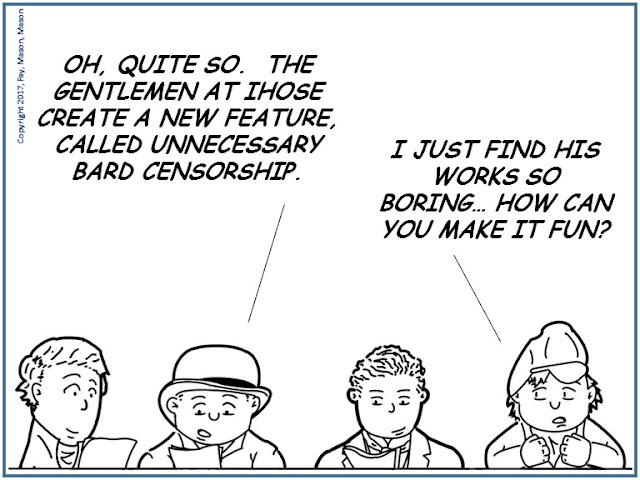 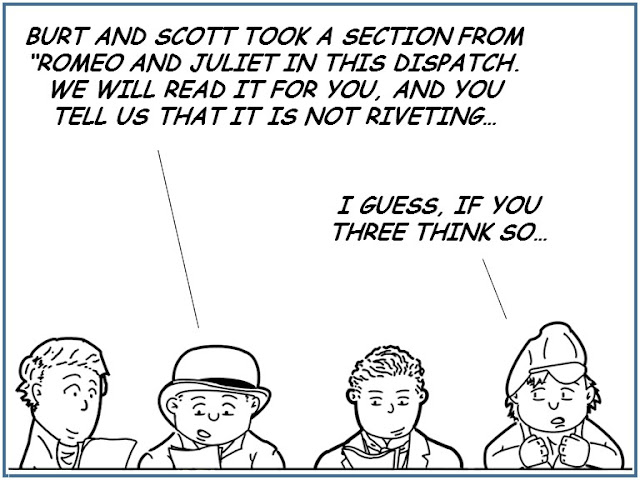 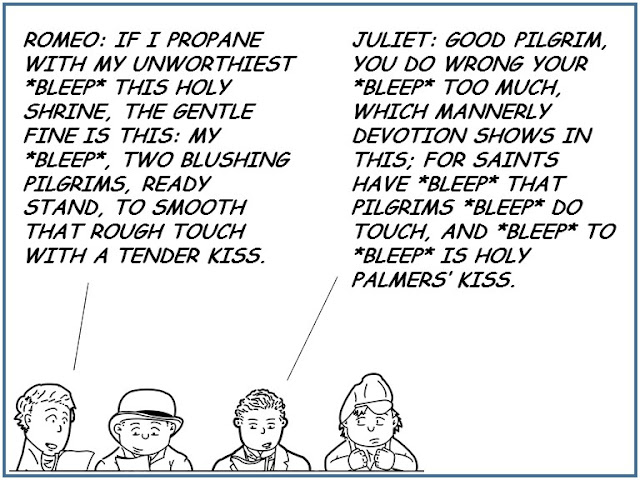 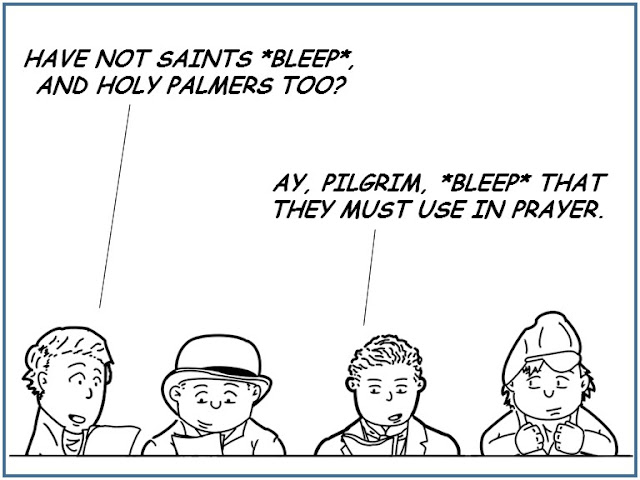 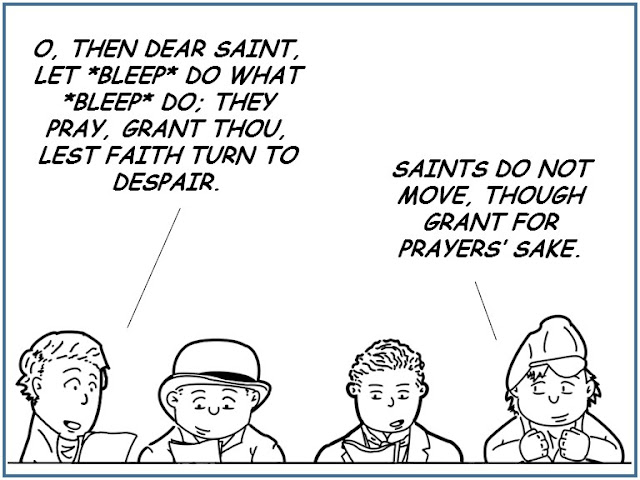 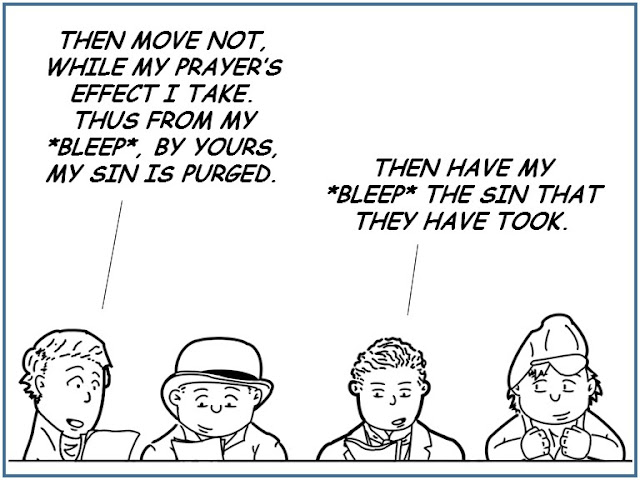 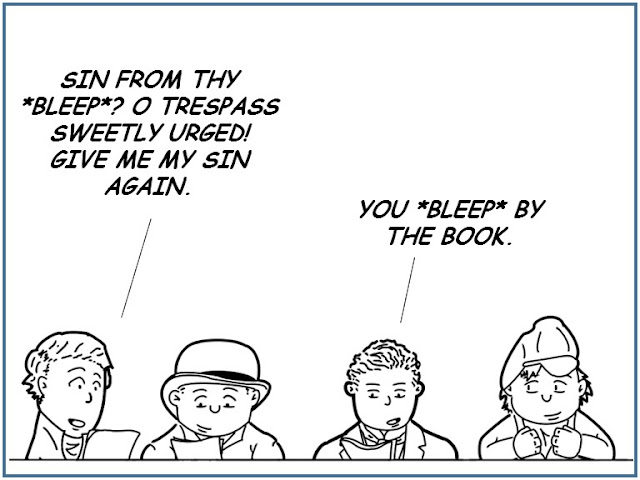 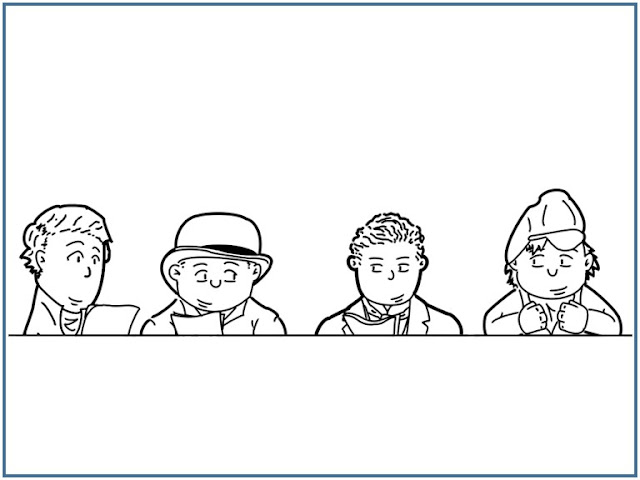 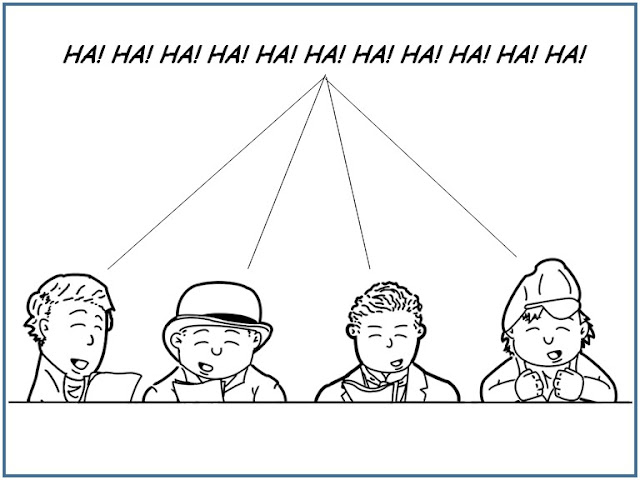 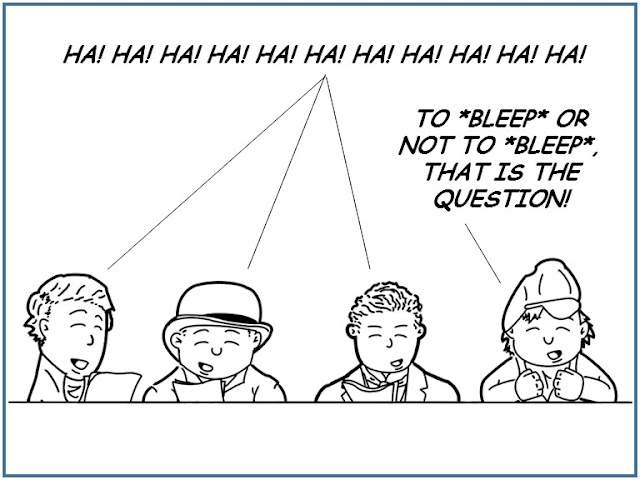 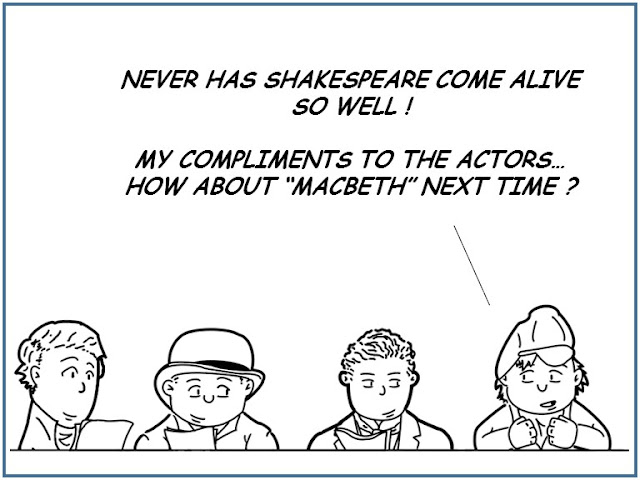