"a guard of Coal and Iron Police" [VALL] 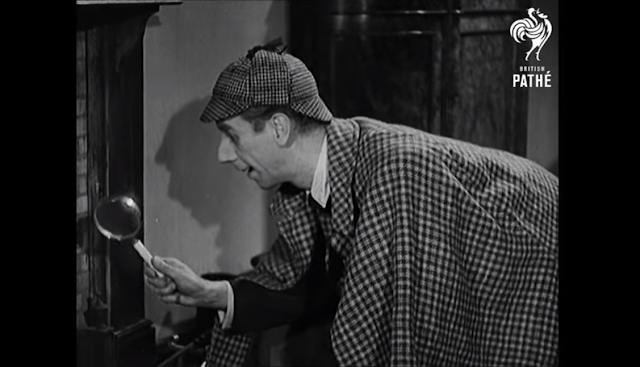 Everyone who has read a Sherlock Holmes story (or who is familiar with Britain before the Clean Air Acts of 1956 and 1968, precipitated by the Great Smog of London) knows the importance of coal as a source of fuel, both for transportation and for heat.

We're treated to a number of mentions of coal in the Canon, from Mordecai Smith, "stripped to the waist, and shovelling coals for dear life" during the river chase in The Sign of Four to a certain "enormous coal-black hound," to "the coal and iron valleys in the United States" in The Valley of Fear. Aside from settings, we're also treated to other appearances of coal, either as set-pieces or as plot devices. To wit:


Coal was simply part of daily life in Victorian England. It was the main source of heat for homes well into the mid-20th century, and its heavy usage in colder months contributed to the poor air quality in and around London.

But it was during World War II that Britain stepped up efforts toward rationing and conservation. So it should be no surprise that Sherlock Holmes was selected for a public service announcement about saving fuel.

The Sacred Flame Coal Fire was developed by the Ministry of Information to educate the public on smarter use of coal during the winter of 1943-1944. The description of the video, via British Pathé, reads:


MS Sherlock Holmes looking through his magnifying glass. MS Holmes and Watson in discussion. CU a hearth fire. MS the men discuss the fire. It's small, it uses fire bricks to contain the fire to a small area, and it has been lit very late in the day using cinders from a previous fire. CU Watson inspects the fire. MS the two men - Holmes has solved the mystery of how to save fuel in the winter of 1943-1944. CU Holmes looks into camera and puffs on his pipe.

Pathé News was producer of newsreels, cinemagazines, and documentaries from 1910 until 1970 in the United Kingdom. Its founder, Charles Pathé, was a pioneer of moving pictures in the silent era. The Pathé News archive is known today as British Pathé. Its collection of news film and movies is fully digitised and available online. (Wikipedia)


Special thanks to Tom Francis, BSI ("The Imperial Opera at Warsaw") for the tip.