"only in the Diogenes Club" [GREE] 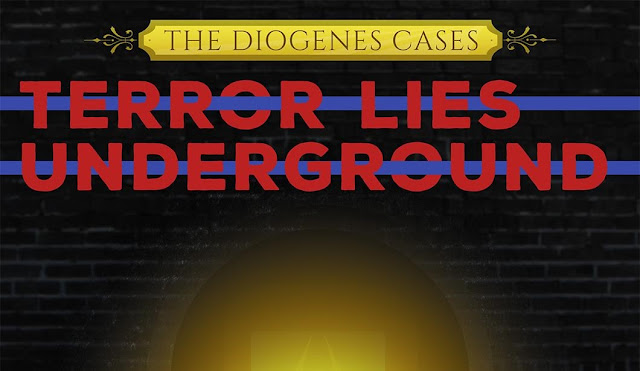 Historical fiction endures as a genre because the form allows an author to become both creator and explorer. Through careful crafting and contextualizing of the past, the lives of people lost to time can be unearthed upon the printed page, giving the modern reader a more subtle understanding of an era’s unique complexities.

This particular allure is also critical to the enduring popularity of the Sherlockian novel. Conan Doyle’s writing delights in provoking questions and inciting imaginations: who hasn’t wondered how a giant rat terrorized Sumatra? Did Holmes have more misadventures than those described during the Great Hiatus? Dr. Watson, Professor Moriarty, Irene Adler, and even Athelney Jones have taken turns as heroes of their own tales, expanding Sherlock Holmes’s 1895 into a world brimming with untold stories.

One such character has arisen as an increasingly popular conduit for the unexplored histories of the Canon. With his enticingly vague yet clearly critical role in the British government, Mycroft Holmes is now an essential figure in Sherlockian fiction. His shadowy connections, intense intellect, and contradictory personality allow him to bridge the gap between a writer’s original story and Conan Doyle’s creations, which is one of Mycroft’s many functions in Greg Jameson’s The Diogenes Cases: Terror Lies Underground.

The first entry in a new ebook series, this story centers upon a young London surgeon named Jacob Wrayburn, who is struggling to cope with morphine addiction and the recent death of his father. But after witnessing strange happenings at St. Vincent de Paul hospital, Jacob is recruited into the secretive Diogenes Club by Mycroft Holmes and becomes a field agent in his spy network. Working alongside both Mycroft and Faith Hobson, a clever yet enigmatic American nurse, Wrayburn must confront his past in order to unravel a conspiracy that threatens England from the inside.

Jameson’s writing is very effective in uniting Conan Doyle’s Victorian atmosphere with Jacob Wrayburn’s transformative odyssey, which in turn strengthens the depictions of the characters and temporal issues that affect their lives. Personal dilemmas that arise throughout the course of the novel each reflect the limitations of Victorian society upon its citizens; for example, Jacob is saddled with a family legacy that goes against his personal desires, and Faith, in a stand-out turn, must combat entrenched sexism as she attempts to uncover the mysteries behind the Diogenes Club. The characters’ struggles feel natural in their setting, which in turn makes them compelling figures to follow in the fast-paced plot. 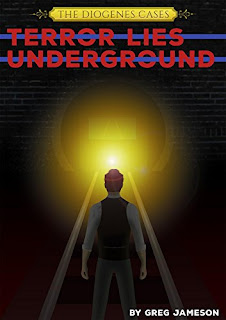 These internal problems faced by the heroes are also complimented by complex themes that propel The Diogenes Cases’ central storyline. Jameson’s plot excellently couples intense action to thought-provoking questions; the conflict forces the reader to challenge their perception of the Victorian era. With a home-grown Imperialist terrorist sect serving as the story’s antagonist, the author deftly avoids creating plot motivations based on broad stereotypes of the period’s morals. These well-crafted elements recall the strength in Conan Doyle’s depiction of the Victorian world; Sherlock Holmes’ clients and foes alike were similarly driven to desperate actions as a result of the society that shaped their lives. Issues of class and nationality are often at the center of the Canon’s stories, and these same themes also live on in the author’s reimagining of Victoriana.

While the original components of the story have interesting parallels with Conan Doyle’s text, the depiction of Mycroft Holmes veers very far from what readers familiar with the character may expect. The indolent thinker has become a man of action—this version of Mycroft isn’t afraid to point a gun at his enemies in the middle of a crowded party. His intellect is still intact, but it is jarring to see his core personality altered so drastically.

Even Mycroft’s appearance has been changed beyond immediate recognition; upon meeting Jacob and Faith, he is described as “a tall, thin man…with a good head of dark brown hair wearing a smart pin-striped suit, leaning casually against a set of filing cabinets in the back of the room.” We are introduced to a polished, elusive, dynamic gentleman; a reader might wonder if they are meeting the younger Holmes brother in place of the elder. It's not unfamiliar territory, as recent Mycroft stories have also tread.

The Diogenes Cases is set in the aftermath of “The Final Problem,” but Sherlock’s shadow still looms throughout the narrative. However, his absence creates a series of inconsistencies that undermine Mycroft’s effectiveness as an individual character. Jameson implies that the relationship between the brothers is contentious at best; Mycroft describes Sherlock as a fame-seeker who’s more concerned with his image than benefitting society. But he also doesn’t appear to bear any ill will towards Watson for lying to the public in his stories—in an unusually magnanimous act, he goes so far as to recommend his medical services to Wrayburn. Is Mycroft angry about his brother being misrepresented? How does he feel about being depicted as corpulent and idle in print? These questions remain frustratingly unanswered and form a point of unneeded tension between the story and its source material. Without any details given to justify the massive alterations to Mycroft and Sherlock’s characters, the changes do not feel innovative or organic to the process of adapting Conan Doyle’s work.

Even though this first entry into the series does not fully succeed at characterizing Mycroft Holmes, Terror Lies Underground’s original elements create a promising bedrock on which to develop further tales. Greg Jameson’s nuanced Victorian world can be further deepened in future installments that similarly explore our conception of the Diogenes Club’s chief spymaster.

The Diogenes Cases: Terror Lies Underground by Greg Jameson is published by Artellus Ltd. and is available on Amazon.