"Sixty-one agates, and a great quantity of beryls" [SIGN] 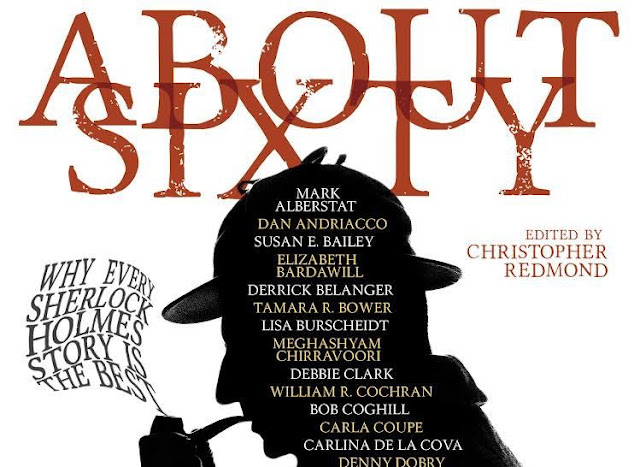 Nobody knew it until the book was published, nobody except a couple of editors and proofreaders, but About Sixty: Why Every Sherlock Holmes Story Is the Best is actually about sixty-one. Order a copy from Wildside Press and count for yourself.

As the book's editor, I enlisted sixty writers, each of them singing the praises of one of the 60 canonical stories. It's a number we know well, made up of four novels and 56 short stories, and it gave the book its title, with a boost from a phrase in "The Boscombe Valley Mystery" that was wrenched far out of its natural meaning for this purpose.

I made it clear that as the editor, I wasn't choosing one of the stories for myself. What I didn't mention to anybody was that I was going to write a little essay anyway, hidden among the 60 that discuss the 60 stories.

Making the Case and Taking a Bow

My topic: the one-paragraph Preface to His Last Bow, signed by "John H. Watson, M.D.", and the two-page Preface to The Case-Book, signed by Arthur Conan Doyle. These little nuggets are not part of any of the 60 stories, but they're certainly part of the complete Sherlock Holmes.

The other collections of short stories had not had prefaces of any kind, but the stories in His Last Bow had been published in scattered fashion over some years, and Watson (or Doyle) clearly wanted explain the circumstances under which they were being collected in book form in the fall of 1917. At the same time he gave readers much of the scanty information we have about Sherlock Holmes's retirement: his "occasional attacks of rheumatism" and his residence "five miles from Eastbourne," where he engages in "philosophy and agriculture," though there is no mention of bees.

Conan Doyle's longer Preface first saw print when the Case-Book was published in June 1927, and finally achieves what the author had tried repeatedly in the past, saying farewell to the authentic Sherlock Holmes. It has some slight echoes of ACD's longer essay "Some Personalia About Mr. Sherlock Holmes," written for the Strand magazine late in 1917, when it seemed that the saga had at last been wound up with the publication of His Last Bow. (At least five of the 60 stories show evidence of being unsuccessful attempts at ending Holmes's career.) 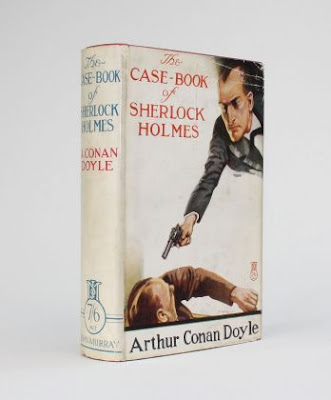 Far more than "Some Personalia," however, the 1927 Preface is a tribute to Sherlock Holmes from his earthly creator. Its only parallels in the canonical stories are Watson's grief-stricken last sentences in "The Final Problem" and the parting conversation between Holmes and Watson in "His Last Bow."

Sir Arthur Conan Doyle, nearing the end of his own life, and confident in his Spiritualist beliefs about the continuation of life after death, forswears "repeated farewell bows" and consigns Holmes to "some fantastic limbo for the children of imagination." Then, after briefly tracing some bibliographical details (and getting one of the dates wrong), he writes, more truly than perhaps he knew, that Holmes "began his adventures in the very heart of the later Victorian era."


"Farewell to Sherlock Holmes! I thank you for your past constancy, and can but hope that some return has been made in the shape of that distraction from the worries of life and stimulating change of thought which can only be found in the fairy kingdom of romance."

Romance, indeed, and the reader comes to the end of this 600-word message breathless and thrilled.

Many touching words have been written about Sherlock Holmes, but these Prefaces that are themselves part, or almost part, of the Canon have — and will always have — a pre-eminent place.